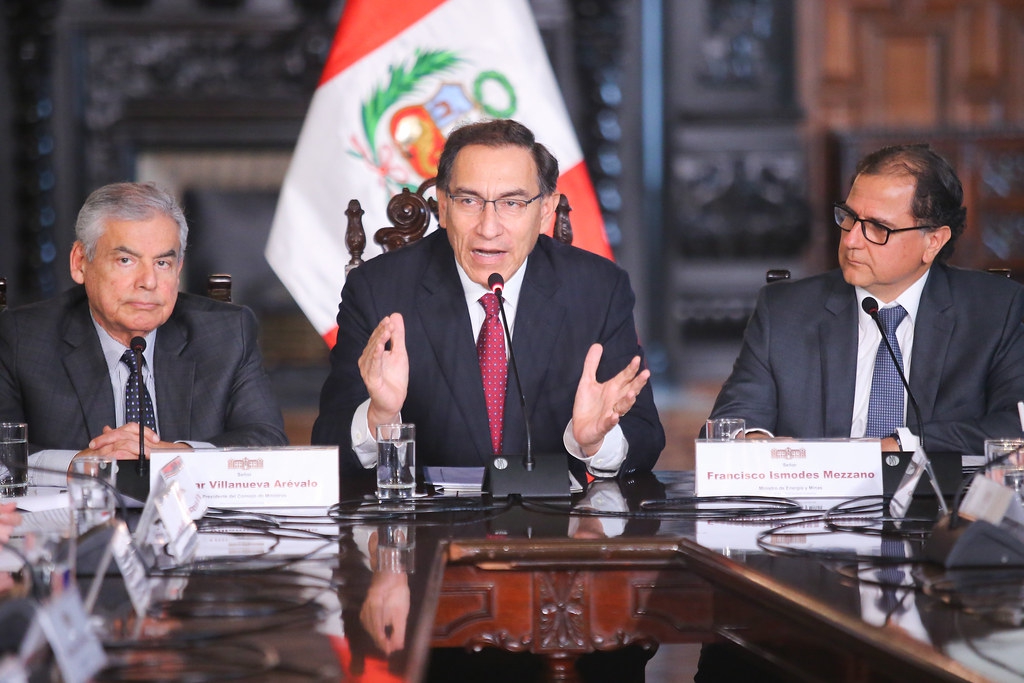 In September 2019, the President of Peru sought to eliminate corruption from Peruvian politics with a move that many have called unconstitutional and anti-democratic. Martín Vizcarra has served as the interim President of Peru since March 2018. Initially, Vice President of Peru, Vizcarra rose to take the place of Pedro Pablo Kuczynski after Kuczynski resigned due to corruption and allegations of money laundering. Vizcarra’s close ties to Kuczynski and the corruption scandal that ensued caused him to propose anti-corruption reforms once he became President. However, with strong opposition in the legislature, Vizcarra has had trouble passing legislation, which ultimately led him to take a drastic measure by dissolving the national congress. This past week, this action was deemed legal by the Peruvian Constitutional Court, meaning that Peru will hold its new parliamentary elections on Sunday, January 26th, 2019.

In 2016, Vizcarra and Kuczynski ran together in the 2016 presidential election of Peru with the support of the Peruvians for Change party, a center-right political party. In 2017, Peru’s Congress began impeachment proceedings due to allegations that Kuczynski was receiving payments from Obredecht in the early 2000s. Odebrecht is a Brazilian construction firm that has a long history of corrupting political officials through bribery in Latin America. Kuczynski is currently in jail, awaiting trial. “A Peruvian judge on Friday ordered former President Pedro Pablo Kuczynski to spend up to three years in jail while prosecutors prepare corruption charges against him” (Reuters 2019). After becoming president, Vizcarra began to propose anti-corruption initiatives, in addition to, legislation concerning climate change. The anti-corruption initiatives came at a time when many Peruvian presidents and high-level elected officials had been caught up in corruption scandals, including the previous Peruvian presidents Alberto Fujimori and Alan García.

The political crisis in Peru has emerged due to the hyperpolarization of politics and disagreement between the executive and the legislature. In 2016, the Popular Force party won 73/130 seats in Peru’s Congress, giving them a majority. The Popular Force party is a conservative political party in Peru that has supported both Alberto Fujimori and his daughter Keiko Fujimori, the current leader of the party. “With its unexpected legislative majority, Fujimorismo — a party associated with corruption and criminal activity – will be able to shield itself from legislative and judicial oversight” (Carey 2016). Many were concerned with the Popular Force’s sudden rise in legislative power, especially in contradiction to Vizcarra’s new style of governing.

The Congress is currently unicameral, however in 2018, President Vizcarra proposed to employ “a public referendum to decide if the nation should return to a bicameral legislative system” (teleSUR 2018). Peru had a bicameral Congress prior to the 1993 constitution change by Alberto Fujimori. The new Peruvian Congress would have a Senate and a Chamber of Deputies with 130 congressman total, with one term limit of 5 years. This term limit would expect to increase the flow of politicians and ideas in the legislature. Vizcarra also included a rule in which 50% of the nominated candidates would have to be female along with regulations to party finances. This significant structural change to Peru’s political system came at a time, where it seems many Peruvian’s felt it was needed. “Thousands of Peruvians have taken to the streets in recent weeks to protest systemic graft, with many calling for fresh elections” (TeleSUR 2018). Since coming into office, Vizcarra faced strong opposition by Fujimori and the Popular Force party. Prior to voting, Fujimori and congress reformed Vizcarra’s policy proposal by changing the structure of the bicameral congress in order to weaken executive powers, causing Vizcarra to withdraw his support. There were many delays to voting, however, ultimately most of his policy proposals were passed, with the exception of the bicameral congress. The referendum Vizcarra proposed gave power to the people to vote on their preference of governance.

After the 2018 referendum, cooperation between Vizcarra and the legislature was not as easy. With the people calling for new elections, President Vizcarra asked lawmakers to step down in July 2019. “He called on lawmakers to end their terms, and his, a year early by voting to hold a general election next April” (Economist 2019). Vizcarra stated that he was willing to give up his position in power, if others would as well, in order to give Peru a fresh start. A call for new elections is an uneasy and striking motion, and the opposition was not fond of the idea, including the Popular Force party.

With conflict rising, Vizcarra exercised his power by dissolving the Congress on September 30th, 2019. In his own words, the move “looks to give a democratic and participatory solution to a problem that has been dragging down the country for three years and finishing a period of gridlock that has impeded the country to grow according to its possibilities” (Orozco 2019). Though this move is substantial, it is generally supported by the Peruvian people who feel their voices are not being represented in the legislature. And although it is a drastic move, it is constitutional. The Peruvian constitution allows for the dissolution of Congress by the executive if “two successive cabinets requesting cuestiones de confianza do not obtain the legislatures support” (Orozco 2019). Cuestion de confianza or the vote of confidence is a constitutional instrument that gives a new executive the power to directly address the congress and ask for support on a policy initiative. While he was in power, Kuczynski had previously received a vote of no confidence from Congress. Vizcarra’s previous policy proposals regarding institutional changes to Peru’s congress, were considered cuestiones de confianza. Vizcarra continued with his anti-corruption and anti-impunity initiatives by proposing a new system to appoint judges to Peru’s Supreme Court, in the form of a vote of confidence. Not only did he not receive the support, but Congress instead appointed Keiko Fujimori’s cousin, a Supreme Court judge. “Worse, Congress has moved to confirm six of the seven judges on that body with haste and a lack of transparency” (Berg 2019). After the retaliation by the Popular Force, Vizcarra acted by dissolving Congress.

After dissolving Congress, reactions were varied. According to the North American Congress on Latin America, Vizcarra’s action was supported by 84% of Peruvians (Orozco 2019). The opposition in Congress refused to accept the action and instead swore in a new president, Mercedes Aráoz, who was previously the Vice President to Vizcarra. Aráoz initially accepted the position, stating that she found his decision unconstitutional, however shortly after, she resigned from the administration entirely. Aráoz had previously begun to distance herself from Vizcarra earlier in the year. With the people and military behind him, Vizcarra has continued to govern these past few months without the support of Congress. He declared that new congressional elections would be held in January 2020, and this past week, this action was approved by Peru’s Supreme Court. “The seven-member Constitutional Court voted 4-3 to reject a lawsuit filed by opposition lawmakers who said the dissolution was illegal...All justices agreed that the election of a new Congress must go ahead as scheduled on Jan. 26” (Quigley 2020).

Though this seems to be a move forward for Peru, in disposing of a political party with too much power that did not represent the people, the elections remain uncertain. Peruvians take to the polls on January 26th, 2020, to determine who will sit in the 130 seats of congress. According to BBC World, Twenty-one parties are running, with seven parties likely to win seats. Parties need to receive 5% of the popular vote or seven elected legislators in order to gain representation in the legislature. They have predicted that it is likely centrist politicians will win a majority. Though Vizcarra’s move has removed many Popular Force party lawmakers, for now, it is likely that some of them will be re-elected. Hopefully, the new election will propose a more diverse congress that better represents the variety of interests of the people. Centrist lawmakers may be the best way for Peru to regain stability in their political institutions and decrease the severe discontent among polarized parties. In order to move forward from the political crisis Peru has faced, the Peruvian Congress and Executive must cooperate. With a new body in congress, Peru may be more effective in producing legislative outcomes.