Op-ed: The Tucuruí dam in Brazil is not ‘clean energy’ - A Tribute to Dilma Ferreira Silva 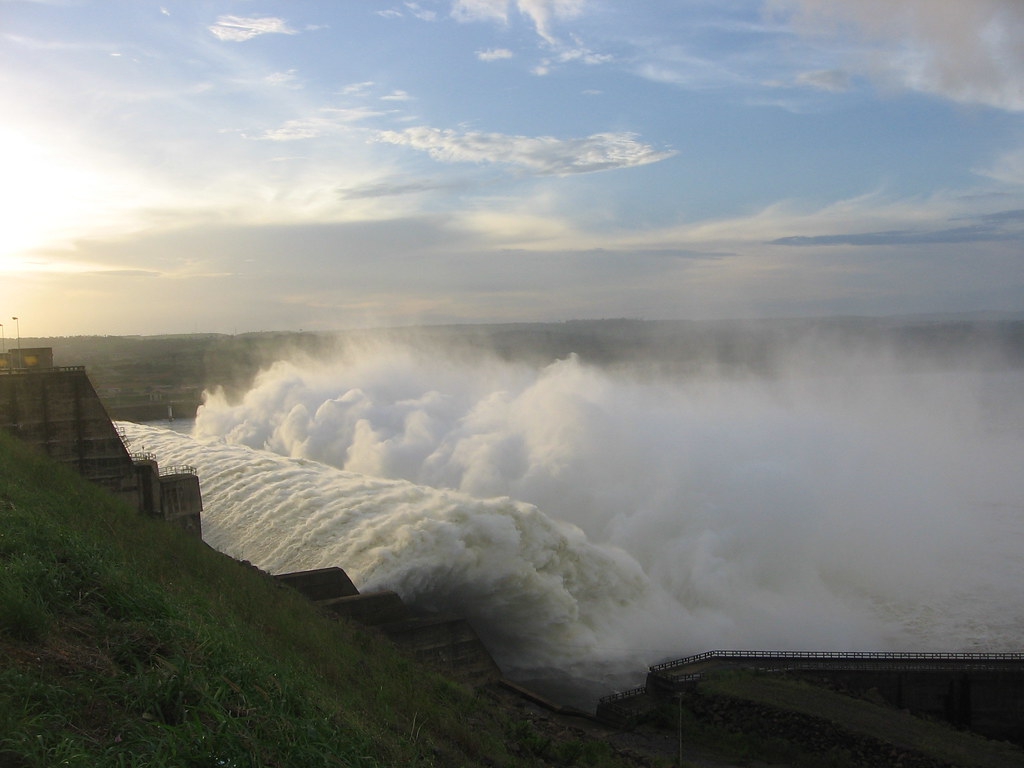 On March 22nd, 2019, unironically the same date as World Water Day, an environmental and human rights activist, Dilma Ferreira Silva who protested the Tucuruí dam in Brazil, was assassinated alongside her partner and neighbor. Silva became one of the 212 environmental activists killed in Brazil during 2019 (Godin, 2020). In honor of World Water Day (March 22nd) and International Day Against Dams (March 14th) let us take a look at why the Tucuruí dam is not ‘clean energy’ and learn just how unsustainable tropical damming is.

What is so ‘clean’ about forcibly displacing 32,000 people from their homes and destroying their ability to farm or access water? As the construction and operation of the dam wreaked havoc on the local environment, Dilma joined thousands of others demanding for everyday people to be included in all levels of decision-making for their communities. The long-overdue global push for ‘green’ and ‘clean’ energy has brought into question the sustainability of hydroelectric dams. Many of us have heard that because hydroelectric dams use a renewable source–water–they are ultimately sustainable. Yet, the measurement of sustainability is not this cut and dry, and cannot be limited to whether or not the source of the production of energy is fossil fuel or not. To be sustainable is to take into account the entire picture, which yes, includes the use of fossil fuels but also includes the release of GHGs by other methods such as deforestation, respecting surrounding communities, and implementing political change. Questioning the sustainability of dams includes questioning whether fish migration will be altered and aided? Will felled trees be replanted? Are displaced communities being compensated and given access to affordable electricity? Can valuable nutrients continue to flow through the Tocantins river?

Hydroelectric dams and their unsustainability are controversial throughout Brazil and even the rest of South America. Sliva denounced the typical promises by hydroelectric businesses: that communities will benefit from the jobs they bring and community improvement they will fulfill all while skirting environmental regulations that those local communities will ultimately have to pay the cost of (Martin, 2017). Around 5,700,000 people live downstream from a dam in South America with most having been forcibly displaced (Martin, 2017). The widespread displacement by dams has given rise to The Movement of People Affected by Hydro Dams (MAR) which focuses on protecting waterways across Argentina, Bolivia, Chile, Colombia, Cuba, El Salvador, Guatemala, Honduras, México, Panamá, Paraguay, and Perú (Martin, 2017). The overall anti-dam movement has a particularly special place in Brazil. Movimento dos Atingidos por Barragens (MAB) has been fighting since 1991 for the fair distribution of water and even challenges the parameters for its public and private ownership throughout all of Brazil. Brazil lies within 12% of the world’s available freshwater and two of the largest aquifers, Alter do Chão and Guarani. These water sources are threatened by over 4,000 high-risk dams as of 2019 (Reuters, 2019).

The Tucuruí dam began afflicting communities in Pará once its construction started in 1976 and began operating in 1984. The Tucuruí dam floods the Tocantins river and surrounding valley by 3,014 square kilometers and has a generating capacity of 8,370 megawatts (Salisbury, 2016). A study from 1980-2008 showed that an area of 80,000 square kilometers lost an average of 600 sq kilometers of forest annually (Salisbury, 2016). The flooding caused by the dam and drastic forest damage has displaced around 32,000 people in the region. Many who still live near the hydroelectric dam do not have electricity because they cannot afford to pay for one of the highest rates of electricity in Brazil (Hanauer, 2020). Dam owners seek privatization, even that of the Tucuruí dam which now belongs to the state (Hanauer, 2020). The coup in 2016 established “all aspects of life as a priority of the State” meaning that resources such as water are under federal jurisdiction (National Coordination of the Movement of People Affected by Dams, 2018). The push for the privatization of water assumes that water is a commodity, not a right. Therefore, anti-dam movements in Brazil focus on fighting for their rights by redefining the politics of water, and seeking justice and compensation for those whose rights and ways of life were violated by dams.

Led by activists like Dilma, the anti-dam movement calls for solutions not limited to countering the construction of dams but calls for more serious solutions like transitioning entire energy systems and addressing structural inequality in their countries (Hess, 2018). The problem with hydroelectric dams is that the promise of sustainable energy and improvement of communities and economies are either never fulfilled, or are far outweighed by their destruction of the surrounding ecosystems, the displacement of people, and their contribution to climate change.

Hydroelectric dams are not ‘clean energy.’ Clean energy is commonly considered energy that is renewable, utilizes energy-efficient technology, and/or has zero-emissions. Renewable is defined as energy that can be regenerated in the short-term so hydroelectric dams count as renewable energy because their energy source (the movement of water), is not reduced or used up during the process. Energy-efficient technologies reduce the amount of energy needed for the task to be accomplished so dams are not energy efficient because they derive energy from a different source that simply meets current energy use demands. Zero-emissions means that no fossil fuels were used or emitted during the production of energy. The truth is, GHGs are produced by hydroelectric dams and are frequently left out of the equation (Fearnside, 2002).

In 1990, the Tucuruí dam emitted around 7-10 million tons of CO2 which ended up being greater than the fossil fuel emission of the city of Sao Paulo that same year (Fearnside, 2002). How does the water in a dam produce GHGs you may ask? One way is by decaying matter. In stagnant dammed reservoirs, decomposing materials in the water emit large amounts of methane. For the Tucuruí dam, the methane rapidly released by its turbines was “2-8 times the total release from bubbling and diffusion in the reservoir itself” meaning that the release of methane was 2-8 times worse than the normal release of methane prior to the dam (Fearnside, 2002). GHGs are also emitted above water as forests are flooded and the trees are left to suffocate and decompose. In turn, forested areas of the Amazon cleared for construction and flooded by the dams can no longer act as the lungs of the earth’ sequestering carbon from the atmosphere (Ezcurra, 2019). The flooding of the upper part of the dam not only reduces the available forest but reshapes how the rivers run. Necessary nutrients rich sediments are trapped upstream instead of being spread across the region by the river, therefore, transforming the life cycles of species and the health of habitats in and around the river ecosystems for the worse.

Dams also reduce the flow of the water downstream of the megastructure, lowering the amount of freshwater water available for human consumption or use in agriculture. The quality of the remaining water decreases because the decreased flow downstream ultimately causes an increase in water salinity (Ezcurra, 2019). Additionally, the construction of a dam brings more people to the region, increasing deforestation to build new roads while also increasing the demand for water. Some argue that the GHG emissions produced by the hydroelectric dams are evened out by the photosynthesis of plants within the reservoir itself (Fearnside, 2016). This is true for a fraction of the CO2 emitted, however, the sheer amount of GHG emissions from the turbines to the decaying matter to the depleted forests is impossible for natural carbon-sequestering processes to keep up with. The cherry on top is that the processes of decay and other life cycles are sped up in warm and wet environments. All dams emit GHGs, but tropical dams emit significantly more (Fearnside, 2016).

Hydroelectric dams are certainly not zero-emission although they fit the criteria for the traditional definition of ‘clean energy.’ Being renewable, as hydroelectric dams are, is only one aspect of being ‘clean energy.” We cannot continue to outweigh the social, cultural, political, and ethical aspects of sustainability over simply not using fossil fuels. While not much can be done about GHG emissions produced by the already constructed Tucuruí dam, the fight continues for the thousands displaced and whose quality of life relies on what comes next.

dams on the estuaries of tropical rivers. Science Advances. https://advances.sciencemag.org/content/5/3/eaau9875

Hanauer, L. (2020, March 23). Remembering Dilma Ferreira on the first anniversary of her

National Coordination of the Movement of People Affected by Dams. (2018, March 14). In

Struggle for Sovereignty, Democracy and Rights of the People Affected by Dams. DRAN. http://mitdisplacement.org/dranblog/2018/3/14/in-struggle-for-sovereignty-democracy-and-rights-of-the-people-affected-by-dams