Once a Military Dictator, Suriname's President Bouterse has been Convicted in the 1982 "December Killings" 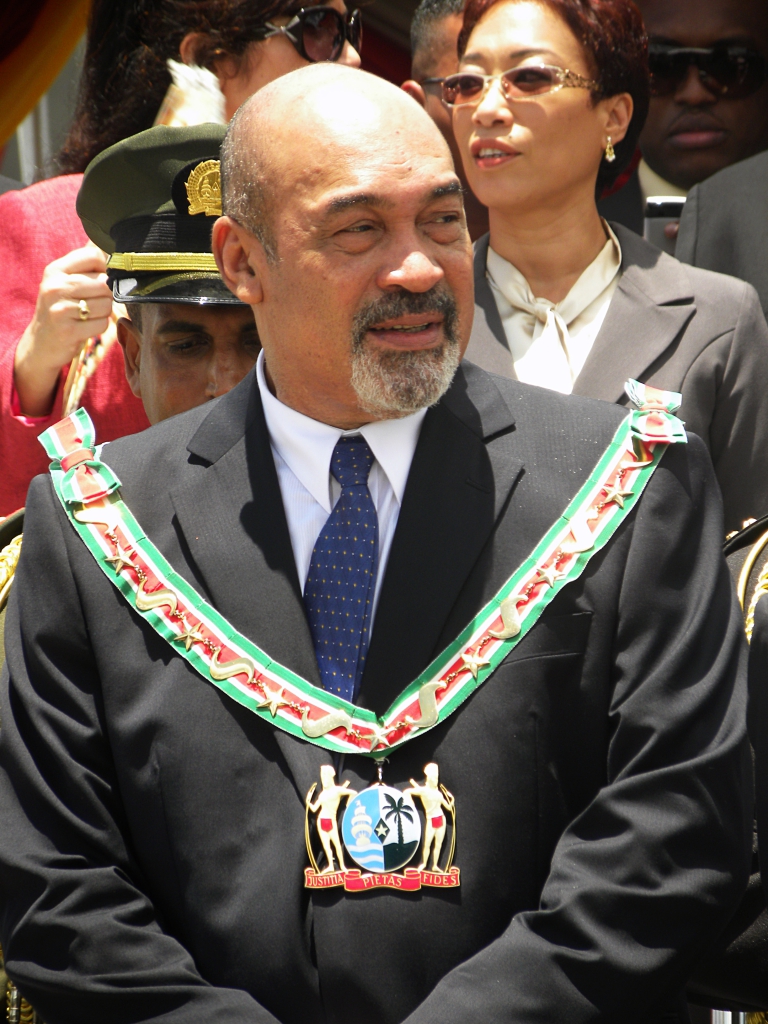 Suriname has had a short history of independence from its most recent colonizers, the Netherlands, from which the small South American country gained independence in 1975. Following Suriname’s independence, over one-third of the country’s population emigrated to the Netherlands. Those who remained faced a violent and turbulent period of military coups and guerrilla war until the early ‘90s when the country entered a period of fragile peace, though not without economic struggles, border disputes with neighboring Guyana, natural disasters, and political corruption (BBC Latin America & Caribbean, 2018). Although democracy stabilized the new nation, those in power are still under investigation for their roles and human rights violations committed during the period of military unrest from the ‘70s till the ‘90s. The most notable of those convicted is current Suriname President, Desiré Delano Bouterse, for his role in the murders of 15 young Suriname activists in the 1982 “December Killings” and is still under investigation for the role he may have played in other massacres in the nation’s short history since independence. In order to understand Bouterse’s conviction and presidency, it is important to look closer at his role in the many years of unrest that plagued Suriname with violence.

When Suriname gained independence from the Netherlands in 1975, Johan Ferrier of the Suriname National Party (NPS) became President and Henk Arron also of the NPS became Prime Minister. In 1980, a military coup referred to as the Sergeants' Coup, removed Arron’s government from power. The coup earned its name as a group of 16 sergeants in the Suriname Armed Forces (SKM) led by Bouterse ousted Arron’s government. Ferrier refused to recognize the military regime that replaced Arron, and appointed Henk Chin A Sen of the Nationalist Republican Party (PNR) to the position of Prime Minister. Chin A Sen formed a liberal cabinet with two members of the National Military Council (NMR), satisfying the SKM and Bouterse. After Ferrier resigned in 1980, Chin A Sen assumed the role of President in addition to his role as Prime Minister. The cooperation between Chin A Sen and Bouterse did not last long, however, as Chin A Sen was focused primarily on the restoration of democracy to Suriname while Bouterse planned to create a socialist and revolutionary state that allowed his military party to operate the politics of the country from behind the scenes with Chin A Sen’s administration as a false mask for Bouterse’s political control (BBC Latin America & Caribbean, 2018).

In 1982 Bouterse set up a Revolutionary People's Front. Suriname’s armed forces led by Bouterse formed another military coup, and removed Chin A Sen from his positions. Chin A Sen then exiled himself to Pittsburgh, USA, and later to the Netherlands (ABC Internacional, 1985). During the 1982 coup, numerous human rights violations occurred, including a massacre known as the “December Killings”. On December 7, 8, and 9 of 1982, a group of fifteen young prominent Surinamese men who were vocal in their opposition to the military dictatorship of Bouterse were rounded up and brought to Bouterse’s headquarters at Fort Zeelandia. The victims, who were  lawyers, journalists, businessmen, soldiers, a university teacher, and a union leader were then tortured and murdered by members of Bouterse’s party. Although there were 25 suspects in the killings, Bouterse was the only main suspect. This massacre sparked the termination of aid to the nation from the Netherlands and the United States, however, was not the only massacre to have occurred during Bouterse’s military dictatorship.

In 1986, the Surinamese Liberation Army (SLA) formed by mainly the descendants of escaped African slaves and led by Ronnie Brunswijk, fought as a guerrilla group with the goal of equal rights for Suriname’s minority Maroon population, or those of African descent, as well as restoring constitutional order (BBC Latin America & Caribbean, 2018). The Suriname Guerrilla War that ensued between Bouterse’s regime and the SLA caused even more violence in the unstable nation. On November 29th, 1986, the guerrilla war led Bouterse’s military to attack the Maroon town of Moiwana near the French Guiana border. At least 35 people, mostly women, and children were killed in the attack, while others fled to French Guiana (Amnesty International, 2002). Although Bouterse was not convicted in these murders, he is suspected of involvement as the attack was led by his former bodyguard. Still, even more, controversy surrounds Bouterse as not only was he involved in multiple military coups, massacres, and human rights violations, but has also been convicted in absentia for drug trafficking in the Netherlands (BBC Latin America & Caribbean, 2019).

In 1991, civilian rule was restored, and a year later a peace agreement was signed with the SLA. However, Bouterse’s influence remained. The trials for the December Killings were not held until 2007, and Bouterse remained the chief suspect. Despite this, Bouterse never went to court and claimed that the trials were an attempt to discredit him from running for President of Suriname (Al Jazeera, 2019). Bouterse continued his pursuit of power by running for President on various occasions, having founded the National Democratic Party (NDP), and in 2010 and 2015 won the office of Presidency. In 2012, a law was passed in Suriname’s parliament that gave several suspects in the December Killings amnesty, including Bouterse. This law was later overruled, and the prosecution of Bouterse continued until late 2019 (BBC Latin America & Caribbean, 2019).

On November 29, 2019, the Suriname court convicted Bouterse of the murders of 15 civilians in the December Killings, and sentenced the leader to 20 years in prison. Bouterse, who was in China at the time of the court’s decision, did not comment on the ruling. Opposition parties have begun calling for the President’s resignation. Bouterse, though convicted, does not yet have a warrant out for his arrest. Since the beginning of the trials, Bouterse’s administration has been active in trying to avoid the charges on Bouterse, and have for years succeeded in doing so. However, the International community seems to agree in the condemnation of Bouterse’s actions and his validity as President. “In a joint statement, the diplomatic missions of the Netherlands, United States, United Kingdom, Spain, Germany, and France to Suriname said it was “critical” the verdicts be ‘implemented and upheld in accordance with the rule of law’” (Reuters, 2019).

Bouterse still has not been arrested despite the warrant that has been issued. After continuous pardons and loopholes allowing Bouterse to escape conviction until this past year, Bouterse may still attempt to find a way to hold his position as President and evade arrest. The people of Suriname however, the spreading of protests for various reasons across Latin America might inspire the people of Suriname to protest that Bouterse be brought to justice.