Old Politics, New Politics and the End of Politics in Cuba 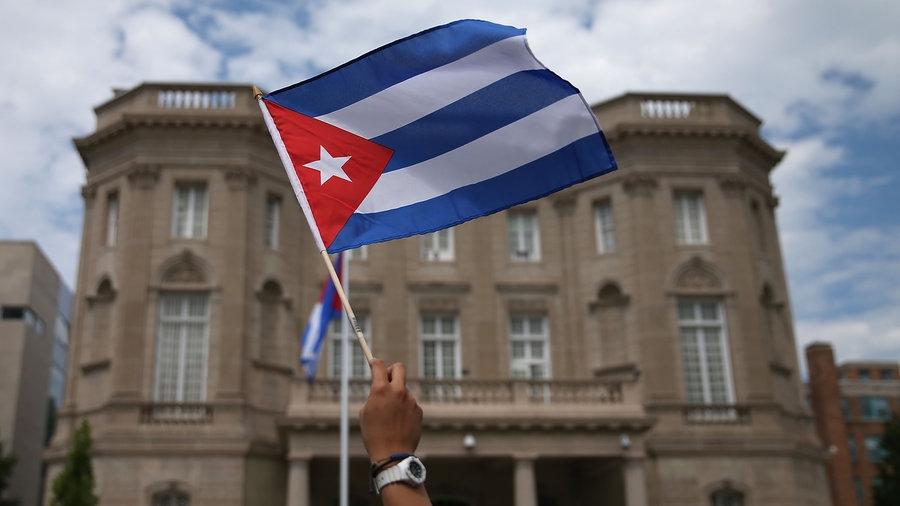 In April of 1948, a full-page cartoon in Carteles showed a paterfamilias being asked by his daughter, “Papá, what’s a politician?” Visibly upset, he dropped his cigar and bellowed, “Young lady! Where did you learn to say bad words?”[i] Shortly thereafter, Bohemia featured a column by the political scientist Carlos González Palacios, who proclaimed, “We are convinced our collective life, more than 40 years after the Republic’s inauguration, has not reached the level we have the right to expect.” He concluded, “We are not satisfied, nor are we very hopeful.”[ii]

Cuban disgust with politics began with a series of declarations by veterans of the island’s liberation army following independence. They lamented corrupt politicians who left military pensions in arrears. Veterans also rued the general state of Cuban society, where Haitian and Jamaican laborers displaced native cane cutters in the countryside and Spanish shopkeepers hired fellow Iberians in towns. They railed against illiteracy, hated U.S. interference and favored political rights for women. Above all, they emphasized the need for moral rectification. During the early 1920s, veterans were joined by a younger generation who shared their concerns and formed the Veterans’ and Patriots’ Movement. Among them were the physiologist and University of Havana professor Ramón Grau San Martín and the Communist firebrand Julio Antonio Mella. After President Alfredo Zayas outlawed the movement in 1924, radical University of Havana students led by Mella continued to call for national renewal.

Mella’s imprisonment and subsequent hunger strike in 1925 riled Cuba’s undergraduates even further, including a pharmacy student named Tony Guiteras who organized a protest at the University of Havana. Eddy Chibás, a prep school graduate and soon-to-be law student followed suit with a rally in Parque Central. In 1927, Guiteras, Chibás and several dozen others founded the radical Student Directorate. Much like the Veterans’ and Patriots’ Movement, the Student Directorate denounced crooked politicians. Specifically, the group objected to President Gerardo Machado’s constitutional amendment that extended his term by two years. They also criticized his visit to the United States and indulgence of U.S.-owned companies. These positions garnered support among some University of Havana faculty members, including Ramón Grau San Martín. Over the next six years, radical students endured expulsion, imprisonment and death as they sought to forcibly oust Machado. Chibás, who was barred from the university in November of 1927, never resumed his formal education and would later boast of graduating from “the university of the jail.”[iii] Both Guiteras and Grau spent time behind bars as well. Mella suffered a crueler fate, succumbing to an assassin’s bullet in 1929 while living as a refugee in Mexico City.

On August 12, 1933, President Machado was overthrown at the behest of U.S. envoy Sumner Welles. On September 5, an alliance of radical former students and non-commissioned army officers toppled Welles’ handpicked successor – an event that would become known as the Revolution of 1933. Grau emerged as provisional president and staffed his cabinet with non-politicians. Guiteras headlined the new appointees, serving as interior minister. After Grau dismissed Havana’s disloyal mayor, he offered the job to Chibás. Eddy refused though, claiming he harbored no political aspirations. During Grau’s three month tenure, he issued the 50 Percent Law, which obligated employers on the island to maintain a workforce that was at least half Cuban. A decree cutting electricity prices by 45 percent signaled an end to coddling of U.S.-owned firms such as the Cuban Electric Company. Grau granted voting rights to women, a key Veterans’ and Patriots’ Movement demand. He also abrogated the Platt Amendment, thereby removing the legal justification for U.S. intervention. However, the U.S. battleships surrounding Cuba suggested its influence would not be so easily shaken. Welles not only refused to recognize Grau’s administration, he encouraged Chief-of-Staff Fulgencio Batista to displace him.

Grau resigned on January 15, 1934. His parting words would have pleased the staunchest Veterans’ and Patriots’ Movement supporters. “I have decreed laws of benefit to the nation,” he declared. “I have not bowed to foreign embassies. I have tried to benefit the public and acted firmly against the large businesses."[iv] Grau had also hoped to oversee constituent assembly elections and a new constitution. His replacement, Carlos Mendieta, nixed these plans. Mendieta further banned strikes as a means of forcing the island’s 148 dormant sugar mills, many of them U.S.-owned, back into production. Grau, whose presidency had relied on military backing and was opposed by the island’s traditional politicians, began to believe his program required support from a new political party. This represented a dramatic change in thinking. Shortly before leaving office, a Bohemia reporter had asked Grau whether he would organize his sympathizers into a political party. He brusquely replied that, “The provisional government has no political activities,” suggesting such things were for sleazy politicos.[v] By February 1934, Grau founded the Partido Revolucionario Cubano (Auténtico). Auténticos aimed to “liberate Cuba from imperialism,” relieve the “inhuman misery” of Cuban workers and “rescue the land and riches of Cuba.”[vi] They planned to cripple the government via a series of strikes. The largest, in March of 1935, drew 500,000 participants and nearly succeeded. However, Chief-of-Staff Batista used soldiers to fill in for missing workers and subsequently forced most Auténticos, including Grau, into exile.

For his part, Guiteras chose armed struggle. He formed a paramilitary group called TNT and shot at his enemies, including Diario de la Marina director Pepín Rivero and secretary of the presidency, Cosme de la Torriente. Guiteras assaulted the Royal Bank of Canada to fund his outfit and embarrass Cuba’s rulers. He avoided capture by dabbling in disguises and passing through a series of safe houses, all of which added to his mystique. In May 1934, Guiteras created Joven Cuba, an organization committed to “revolutionary dictatorship.”[vii] Joven Cuba featured an “anti-imperialist credo,” while promising equality for women and blacks, recovery of embezzled funds, land reform and investments in education and public health.[viii] Of course, Guiteras could only effect these reforms by taking over the government. To bring this about, he tried and failed to kill President Mendieta on June 15. The following April, Joven Cuba kidnapped Eutimio Falla Bonet, heir to one of Cuba’s largest fortunes, and ransomed him for $300,000. Guiteras planned to fund a force in Mexico capable of defeating Batista’s troops but died in a shootout on May 7, 1935.

Meanwhile, Chibás continued to reject both political parties and political violence. As an independent revolutionary, he could chivvy President Mendieta without being tarred as a partisan. When Cuban troops opened fire on a group of striking high school students on May 3, 1934, Eddy scolded Mendieta in an open letter. He also emphasized his lack of political affiliation or ambition, which allowed him to serve Cuba’s best interests. Chibás practiced a politics of public relations, especially via the weekly magazine Bohemia, which was owned by his friend and high school classmate Miguel Ángel Quevedo. In its pages, he urged Joven Cuba to renounce terrorism, chided revolutionaries for infighting and ridiculed the tightly controlled 1936 elections, which guaranteed neither freedom of speech nor association. Eddy publicly debated rivals and foes of all stripes, including the very same Pepín Rivero who Guiteras had attempted to assassinate. Chibás hoped to reach a larger audience by hosting a radio show, as he had during Grau’s term, but was banned from the airwaves. When Chibás put away his pen, he investigated government misdeeds, attended rallies and encouraged Cubans to skip their jobs during the strikes of 1935. This last activity landed him a six-month prison sentence.

By the end of 1936, Chibás began to reconsider his stance. He came to believe there were “two opposite poles in Cuban politics,” namely Grau and “reaction.”[ix] The popularity of Grau’s decrees placed him in the best position to unite Cuba’s revolutionaries. Moreover, Grau promised the Auténtico party would represent something unique in Cuban politics. Auténtico leaders would not seek riches or perks. Rather, they would work to “benefit all the people of Cuba.”[x] This message proved attractive to politically-minded revolutionaries such as Chibás but also lured many Cubans who wanted to contribute something positive. Raoul Alfonso Gonsé, who had been active in the anti-Machado struggle but then quit political activities because he was “disappointed with the men of my country,” joined the Auténticos in 1936. In a letter to Grau, he explained that “the sacrifices rendered by my father (may he rest in peace) in the independence war,” inspired him to “struggle again for decency and honesty in my patria.” He thus placed his faith in the Auténticos, who he deemed, “the most idealistic and pure of spirit.”[xi] By 1938, when the Cuban government declared that free and fair constituent assembly elections would be held, the Auténticos espoused a program very much in line with Veterans’ and Patriots’ Movement ideals.

Grau won Cuba’s presidency in 1944 and promptly dissipated the faith of many supporters, including Chibás. Eddy denounced Grau’s tolerance for corruption and disdain for Cuba’s new constitution. By the end of Grau’s term, in 1948, revulsion with politics was rampant, the term “politician” once again served as an epithet and Chibás had abandoned his old party for the more genuinely revolutionary Partido del Pueblo Cubano (Ortodoxo). Chibás and his legendary honesty hoped to finally transform Cuban politics during the 1952 elections. However, Eddy in a moment of discouragement, committed suicide in 1951 and Fulgencio Batista led a military coup on March 10, 1952. When Fidel Castro took control of the island just under seven years later, he delivered a speech at Eddy’s grave, declaring “You fought graft, Eduardo Chibás, and now there is no graft. You fought petty politicking Chibás, and now there is none. You fought administrative corruption and it no longer exists…You fought profiteering and there is none anymore.”[xii] The revolution did indeed change the old ways of Cuban politics, essentially by eliminating politics altogether. 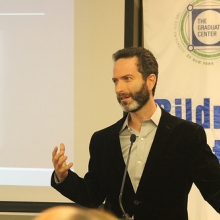 Ilan Ehrlich
Ilan Ehrlich is an assistant professor of history at Bergen Community College. He is the author of Eduardo Chibás: The Incorrigible Man of Cuban Politics (Rowman & Littlefield, 2015). He earned his PhD in history from the Graduate Center, City University of New York, in 2009. His next project will be a political biography of Ramón Grau San Martín.