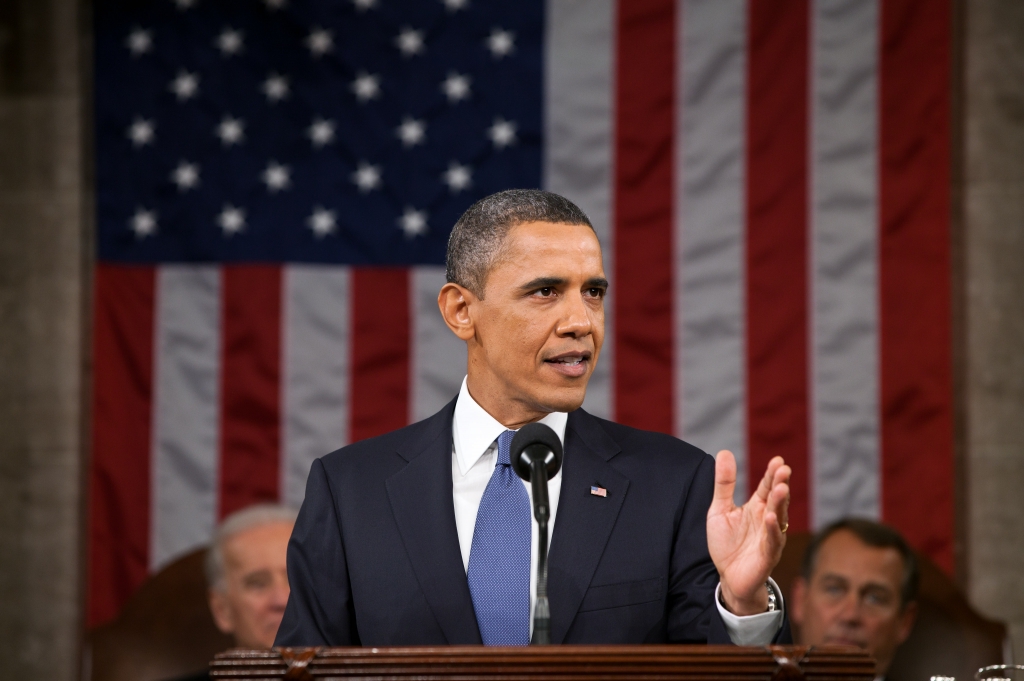 In a relatively short 15-minute address on Thursday night, President Obama exercised the Oval Office-specific power of executive action on immigration reform that has stalled in Congress for years. Appealing to the nation’s empathy by quoting scripture; “we shall not oppress a stranger for we know the heart of a stranger – we were strangers once, too,” he appealed to an ancestry of migration to which the entire country can relate.1 Confronted with years of legislative gridlock, Obama pledged to prevent up to five million immigrants that have lived in the US for at least five years from deportation, permitting them to work in the US legally.2 He did mention, however, there will be no path to citizenship for these adults.1 Of the 11.4 million illegal immigrants currently living in the United States, Obama alleged to cover between 4 and 5 million of them, emphasizing the deportation of “felons, not families.”3 Enforcement at the border was emphasized as well. First priority is to combat threats to national security, including enhancing the efficiency of border patrol and promoting public safety in general. Next concerns are immigrants who have violated these new regulations and have criminal histories including both major and minor offenses.2

Deferred Action for Childhood Arrivals or DACA, launched in 2012, offers undocumented immigrants under the age of 30 that were brought to the US as children (and are now working adults) the opportunity to apply for a renewable two-year license to work legally.4 Obama announced that the renewal period is to be extended to three years. The program described under the executive action, appropriately deemed DAPA, will protect parents of DACA “children, ” who are currently unauthorized to remain here with their children and possibly grandchildren.2 It will affect nearly four million people who will now be deemed of legal status if they can pass a background check and promise to pay taxes in exchange for a Social Security card.1 The executive action also declared an end to Secure Communities, a program that has permitted law enforcement to detain immigrants without papers for minor offenses such as speeding tickets.1

Several measures in Obama’s plan have been designed to keep more high-skilled immigrants in the United States.2 In addition, he has sought to increase “job portability” for immigrants with employment-based petitions that have traditionally been refused due to annual immigration caps. It will particularly favor workers in the STEM fields: science, technology, engineering and math.3US Citizenship and Immigration Services (USCIS) is expected to publish an additional rule that would protect the spouses of these “specialized knowledge” workers and aid them in finding employment and obtaining a permanent legal residence.2 Immigrant entrepreneurs, inventors and researchers should benefit from these programs. USCIS also pledges to better the efficiency of the green card system, promising to supply sufficient visas to fit the legally-eligible demand in a more timely manner.2 Likewise, Optional Practical Training or OPT has widened its horizons for eligibility, increasing the amount of foreign-born US-educated university students eligible to remain in the US for about two and a half years after graduation to work here.2

Latin American presidents such as Enrique Peña Nieto of Mexico and Juan Orlando Hernández of Honduras have applauded Obama’s efforts, deeming them just acts. President Nieto was quoted, “These measures represent relief for immigrants, especially Mexicans. Those who will benefit have been living in the United States for years.”5 The El Salvadoran government has prepared a campaign in effort to deter its citizens from migrating, informing them they will not qualify under Obama’s latest orders.5 The Honduran president also emphasized the temporary nature of the relief, mentioning that it will send a message of solidarity throughout Latin America.

Republican reception of the presidential mandate has been overwhelmingly negative and vengeful: Speaker of the House John Boehner called it “deliberate sabotage,” House Judiciary Committee Chairman Bob Goodlatte claimed that it was “flouting the Constitution” and Senate Minority leader Mitch McConnell stated that the motion was “defiant of the people.”2 Some have pledged to attempt to overturn the executive action come next year when the GOP takes the majority in both houses, others threaten another government shutdown as another spending bill soon arrives in Congress.1 Executive orders on immigration have been issued by Republican presidents as well, including Eisenhower, Reagan and George H. W. Bush;Reagan granted legal status to three million in 1986 and Bush 1.5 million in 1990.4 However, the magnitude of affected populations is larger in the current case.4 Harvard legal experts claim the 33-page Justice Department memo and Obama’s speech Thursday night stand on firm legal ground.4 Because the government simply cannot afford to deport all 11 million illegal immigrants, given the President’s policy, there will still be millions for Congress to deal with if they choose to pass more robust legislation.4 Citizenship and Immigration Services will carry out most of Obama’s plan, an agency that is not dependent on Congress’ budget determinations.

Stakes are high on both sides of the aisle.  How immigration policy is handled will unquestionably impact the 2016 presidential election as the Hispanic vote is critical to the both the Democratic and Republican campaigns. Republicans risk alienating the powerful voting bloc with anti-family and deportation-heavy rhetoric from the hard rightists like Michele Bachmann, who claim Obama’s purpose in granting these five million legal status is to “increase the number of illiterate Democratic voters.”6 In a recent interview with MSNBC, former Republican Party chairman Michael Steele advised Republicans to “get a grip” and look at the solution in front of their faces—the bipartisan, Senate-passed immigration bill. Nonetheless, House Republicans refuse to consider the bill, which coincides with the immigration views of over 74% of Americans.6  Immigration is the second most cited problem facing both parties. Currently, the concern has shifted from halting the flow of illegal immigrants to what we do about the immigrants that have already crossed the border and are currently living in the US illegally.3

Accusations of presidential power abuse are widespread; a recent Wall Street Journal poll found only 40% of Americans support this particular executive action.1 Most of those who approve understand the reforms as temporary solutions that must be followed with more comprehensive legislation that will require negotiations between both parties as well as Capitol Hill and the White House. Obama expressed this Thursday night, “I want to work with both parties to pass a more permanent legislative solution; Americans are tired of gridlock. We have to remember that this debate is about something bigger. It’s about who we are as a country and who we want to be for our future generations.”2

3. “The Data behind the immigration speech.” US News and World Report. Available at:http://www.usnews.com/news/blogs/data-mine/2014/11/24/the-data-behind-obamas-immigration-speech

4. Hirshfield Davis, Julie. “Obama’s Immigration Action has Precedents, but may set a new one.” NYT. Available at: http://www.nytimes.com/2014/11/21/us/politics/obamas-immigration-decision-has-precedents-but-may-set-a-new-one.html?action=click&contentCollection=U.S.&module=RelatedCoverage&region=Marginalia&pgtype=article