No News Is Not Good News 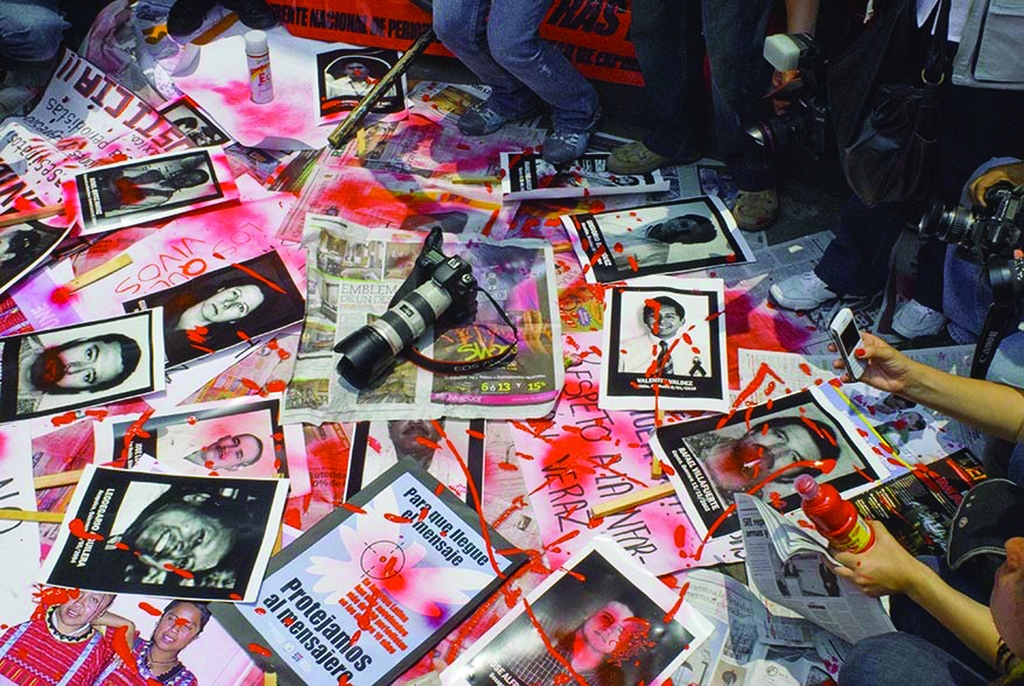 On August 13th Cándido Ríos Vazquez, a Mexican journalist, uploaded a video to his Facebook page.  In it, he denounced a number of suspected corrupt government officials for illegal utilization of government funding and electoral fraud.  Ríos, who decided to become a journalist in order to counteract some of the injustices he witnessed in his community, was well aware of the risk of his profession but felt his work was his duty to his people, saying: “They riddle us with bullets, knowing that our weapons do not fire bullets, our weapons shoot truths” (Chivis 2017).

Last Tuesday he was found slain along with two other men.

His death marks the ninth journalist murdered in Mexico, the world’s deadliest country for journalists, and the second in the state of Veracruz, one of the most dangerous states for journalists within Mexico (CBS News 2017).  The response, or lack thereof, by government officials in regards to these attacks provides a clearer picture of the current situation in areas of Mexico like Veracruz.

Less than 24 hours after Ríos’ death, Roberto Campa, the Interior Department’s deputy secretary for human rights, asserted that the reporter’s death was an unintentional result of an attack meant only for the other two men, despite evidence of continued threats towards Ríos over the years (including a number from a former mayor of Hueyapan de Ocampo).  Cecilio Pérez Cortés, Ríos’ deputy editor, said Campa’s quick, insufficiently researched public conclusion was “…worse than the bullets that killed Cándido” (Sherman 2017).

This dismissal of attacks on the media in Mexico is nothing new.  Article 19, a nonprofit which advocates for media protection, revealed that in 2016 alone there were 426 threats or attacks including killings, beatings, and torture against the members of the news media.  And although a number of people, including the U.S. Ambassador to Mexico, Roberta Jacobson, and the worldwide group, Committee to Protect Journalists, have held talks with Mexican president Peña Nieto, not even one suspect has been tried in any of this year’s killings (Linthicum 2017).

These numbers seem to have a clear correlation to Veracruz’s geography and resulting trade; Veracruz has a long coastline which runs along the Gulf of Mexico, and therefore is home to Mexico’s largest industrial port.  This has made the area the choice spot for trade and transportation, including that of illegal materials.  Two cartels, Los Zetas and Jalisco Nueva Generación, oversee drug trafficking in the area, leaving the citizens of Veracruz to suffer the consequences of their residence (Veracruz, Journalists and the State of Fear pp. 5-17).

What is interesting, though, is that a majority of journalists do not consider these and other cartels to be the direct threat.  As journalist Hugo Cruz Ojeda stated, “We’ve never received threats from the narcos, we’ve not acquainted with them… The persecution comes from the system: the politicians and the government.  They are the ones who send policemen, in uniform or plain clothes, to follow me in the street” (RSF 2017). He’s not exaggerating: about half of the threats and attacks against journalists were provoked by police officers, who are rarely even questioned. While acting as governor from 2010 to 2016, Javier Duarte himself had helped create surveillance teams of semi-official spies dubbed informantes (informants) and orejas (ears), in order to monitor journalists (RSF 2017).

With Mexican drug cartels raking in somewhere between $19 and $29 billion USD each year, it is no wonder that so many officials have fallen into the temptation to trade morals for a paycheck (CNN Library 2017).  And with this most recent tragedy, many are now convinced the corruption has spread into the governmental agencies created to protect journalists.

Ríos was one of a few reporters who had opted to have protection under the Veracruz State Commission for the Attention and Protection of Journalists (CEAPP) (RSF 2017).  He, along with a number of other similarly protected reporters in recent years, was clearly let down by the system, and the refusal to investigate his execution-style murder in connection to his profession has many wondering for whom the commission was actually created.