No More Wet Foot, Dry Foot: Implications for the Future 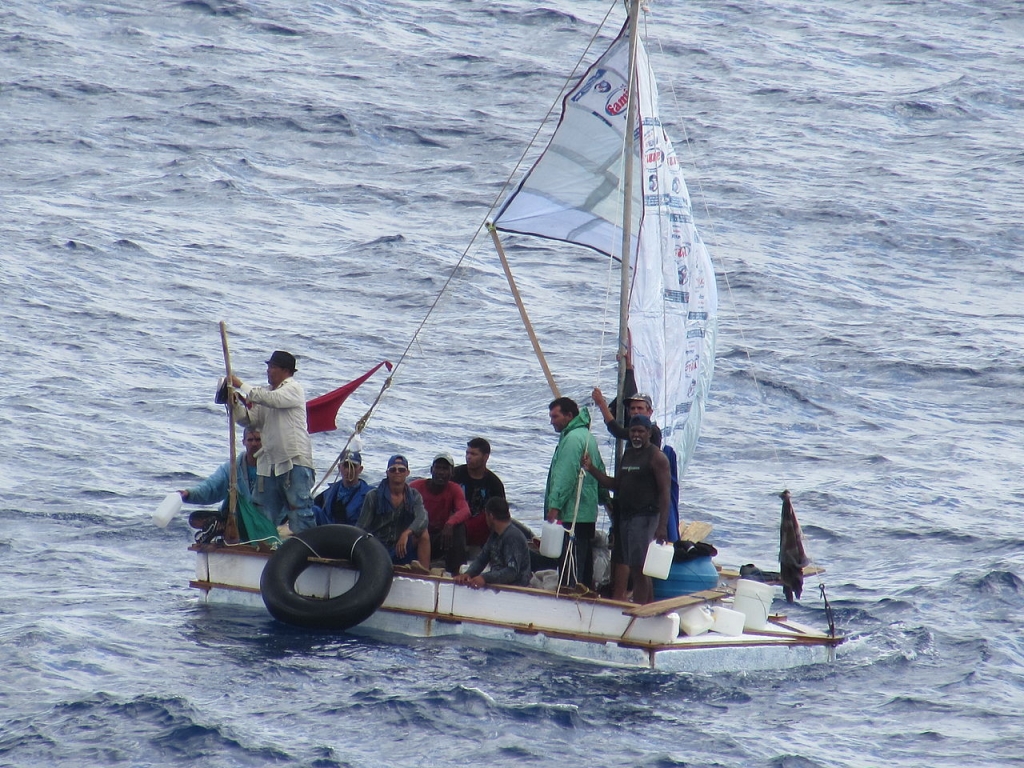 As one of his final acts as president, and as part of his effort to thaw relations with Cuba, Barack Obama officially ended America’s Wet Foot, Dry Foot policy. This 22-year old mandate granted asylum to Cubans who landed on US soil, allowing them to become legal permanent residents after one year. Cubans intercepted in the ocean coming to the US were apprehended and returned to Cuba. Although beneficial to Cubans fleeing their homeland, this policy was seen as a way to subvert the Cuban government.

An appendix to this program, the Cuban Medical Professional Parole Program was also ended. This initiative was started in 2006 as a way to encourage Cuban doctors, nurses, and other medical workers to come to the US, where they would be given a job and citizenship. Since 1959, Cuba has been known for having excellent doctors, and made it a mission to send medical workers to poorer countries for humanitarian efforts. Thus, this program itself was a way for the United States to subtly undermine Cuba by trying to create a “brain drain” from Cuba to America. This has many implications in the US and abroad.

As Obama leaves the presidency and Donald Trump steps in with a Republican-majority legislature, many suggest that the warmer relations will start to freeze again under conservatives. However, it will be hard for Trump to reverse this change.  He has so emphasized the importance of securing borders and lowering illegal immigration, that  reversing this policy would make no sense (The Economist, 2017). Many Cubans are delighted, saying that the  policy is offensive and the change is justified. However, some ambitious Cubans are disappointed, as their hopes of coming to America to earn money and then return have been dashed.

The ending of this policy has been anticipated, but actually took place quite unexpectedly. It put a large number of Cubans traveling to the US in unfortunate circumstances. Because of the “dry foot” part of the policy, many Cubans with financial means have taken flights to Ecuador (as a visa is not required for them) and traveled through Central America and Mexico to the border to seek residency. Once the US and Cuba officially started to reboot diplomatic relations in July of 2015, the number of Cuban immigrants coming to the US shot up, with many anticipating the end of the policy.

In 2014, 24,000 Cubans entered the US, and in 2015, the number was over 45,000 (BBC News, 2017). This flight of Cubans has created border issues as the Cuban government views it as illegal immigration. Allied countries were asked to apprehend the citizens and send them home. Nicaragua notably closed its borders to neighboring Costa Rica, halting the Cubans’ long trek north (Kahn, 2015). Now, many Cubans are stuck in Mexico, having spent everything in hopes of reaching the US in time. Granted, Cubans can still apply to be admitted as legal permanent residents, but they would have to join the line of thousands of people seeking to enter the country legally based on the current US immigration system.

In his first week in office, Trump has gone ahead with his plans for building a wall on much of the southern border with Mexico at their expense and is generating a lot of friction between the two governments. Considering that Mexico and the US have long had a strong bilateral relationship, this new turn is unsettling. And given what Trump has already stated about US-Cuban relations and his animosity towards Mexico, it is unlikely that relations between the small island and America will continue to thaw as quickly as they did under Obama. With a Republican-majority Congress that still views Cuba as a repressive communist regime the administration will most likely want to keep the economic embargo in place. The uncertainty relates to how well American businesses with interests in Cuba will be able to lobby for some sort of reestablishment of trade and how president Trump guides the nation.

What can be said is that Raul Castro will be stepping down as Cuba’s leader in 2018, and the projected leader, Miguel Diaz-Canal will have the important role of continuing the country’s structure under a new generation distanced from the 1959 revolution. In addition, Trump may be willing to resume normalized relations with Cuba assuming a “strong deal” can be negiotiated for the US, which could mean breaking relations to institute a new configuration (Visser & Schoichet, 2016). The only way to know for sure will be to wait and see in the coming months and years.