Over the past two decades, levels of violence have risen in Central America, as have levels support for authoritarian, iron fist crime control policies, particularly in the countries of the northern triangle (Guatemala, El Salvador, and Honduras). Despite recent drops in homicide rates in Guatemala and El Salvador, the northern triangle continues to be one of the most violent regions in the world. Crime is a central theme of politics in the region. Politicians propose crime control measures that tend towards militarization and repression, and citizens lend their support to extralegal practices aimed at marginalized groups. In Guatemala, crime was a key issue in the most recent presidential election in 2011. The winning candidate, Otto Pérez Molina, ran on the slogan “Urge mano dura!” promising to reduce the murder rate in half through the expansion of the police force and increased military involvement in crime control.

In a recent article in Latin American Politics and Society (Krause 2014), I examine the factors that shape Guatemalan citizens’ attitudes towards crime control policy. Is support for repressive, militarized crime control measures driven by high crime rates and direct personal experience with crime? Or is there something else at work? Instead of focusing on the “reality” of crime rates and homicide statistics, I argue that citizens’ attitudes are shaped by public discourse. In other words, what is said about crime matters more than the “truth”—vicarious victimization matters more than actual victimization.

I am not the first to make this link between people’s perception of crime and public opinion. There is a rich literature in sociology and political science concerning support for punitive and repressive crime policies and news media effects (for a review of the literature, see Howitt 1998). Based on these social scientific theories, I argue that news coverage of crime and other representations of crime in public discourse create an alternate version of reality. A crime gets reported in the news in a specific way, the public responds to this particular framing of the story, and an image of crime becomes self-perpetuating. News coverage of crime frames the story, giving order and meaning to events, and this framing influences how citizens think about the crime problem (see Beckett 1994).

How can I show that news coverage of crime in Guatemala affects what Guatemalan citizens think should be done to deal with the crime problem? My research is based on a survey experiment conducted in 2011 in Guatemala City, shortly after the first round of presidential elections. In it, I asked respondents to consider several newspaper articles taken straight from the pages of Nuestro Diario, a wildly popular local tabloid. One randomly selected group was offered a selection of news articles that have nothing to do with crime and violence, while the other randomly selected group was asked to read (or listen to) news that included an article about a murder. All of the respondents were then asked a series of questions about their opinions towards crime and crime control policy. By using this experimental design, I was able to compare the opinions of one group to the opinions of the other to see if exposure to a news article about murder affected overall attitudes towards crime control.

I chose to focus on crime news as reported by Nuestro Diario for several reasons. Nuestro Diario dominates news coverage of crime in Guatemala, selling an official average of 300,000 papers daily (which puts in on the list of top-selling newspapers in the entire region, alongside Brazil’s O Globo and Argentina’s Clarín). The paper emerged in the late 1990s, and its dramatic rise since then nearly doubled the number of people reading newspapers in Guatemala (see LaMay 2007). Well known for its yellow journalism, Nuestro Diario’s success has shifted both print and broadcast media in Guatemala towards more violent and sensationalist reporting. Murder, as entertainment, sells, and Nuestro Diario captures its audience with what one journalist describes as, “a form of necrophiliac pornography” (Berganza 2008). News taken from the pages of Nuestro Diario makes an ideal experimental treatment in this case, as it represents a particular form of episodic, sensationalized news reporting that reaches the widest audience of any other print news publication in Guatemala by a wide margin.

A thorough discussion of methodology and results of the study can be found in Krause (2014). I want to highlight a few key findings here. First, my study shows that exposure to crime news makes crime more salient. Individuals in the group asked to read about murder were more likely to report having been a victim of crime in the last year (47% in the murder group as opposed to 39% in the non-crime group). Reading about a murder brings crime to the front of people’s minds, and this reminder of criminality makes individuals remember past experiences, exaggerate their own experiences, or report experiences of friends or family as their own (for a discussion of how people respond to survey questions, see Zaller and Feldman 1992). The experiment can only show that exposure to crime news has a short-term effect on the saliency of crime. But it could be that the constant bombardment of sensationalized crime news experienced by a regular reader of Nuestro Diario has a cumulative effect. An further analysis of the survey used in the study shows that reading Nuestro Diario more often makes individuals more likely to support vigilantism, a finding that supports the idea that exposure to crime news may have long-term effects.

Individuals in the murder news group are also more likely to report voting for Otto Pérez Molina, the iron fist candidate, in the 2011 presidential election. This does not necessarily mean that vicarious exposure to crime via the news media pushes people to vote for the candidates proposing repressive or militarized crime control policies. But it does suggest that the news article about murder reminded respondents why they voted for Pérez Molina and thus made them more likely to vocalize their support. It could also be that the murder article made respondents feel that when faced with written and visual evidence of an unsolved violent crime, the “correct” answer in terms of vote choice must be the candidate who promised a swift and harsh authoritarian response.

These findings have troubling implications for democracy, especially in the Guatemalan context. When citizens lack trust in the criminal justice system and blame the government for rising crime rates, the judicial system and the rule of law lose their legitimacy. The rule of law is an integral part of democracy, and its loss of legitimacy opens the door for authoritarian practices that go beyond extralegal policing and privatized security. In such a world, public security becomes more valuable than human rights. But the study also provides some foundation for optimism. If the particular form of sensationalized crime news found in the pages of Nuestro Diario can have this kind of impact on citizens’ opinions about crime and crime control, then a move towards a more democratic, responsible news media environment in Guatemala could make a difference. 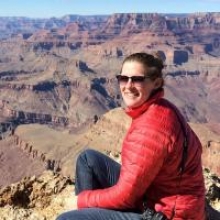 Krystin Krause
Krystin Krause is an Instructor in Politics and International Affairs at Northern Arizona University. In the Fall of 2015, she will join the faculty at Emory & Henry College as an Assistant Professor. She received her PhD in Political Science at the University of Notre Dame and her MA in Latin American Studies at Tulane University. Her research examines the growing public security crisis in Latin America. Webpage: https://sites.google.com/site/krystinkrause/