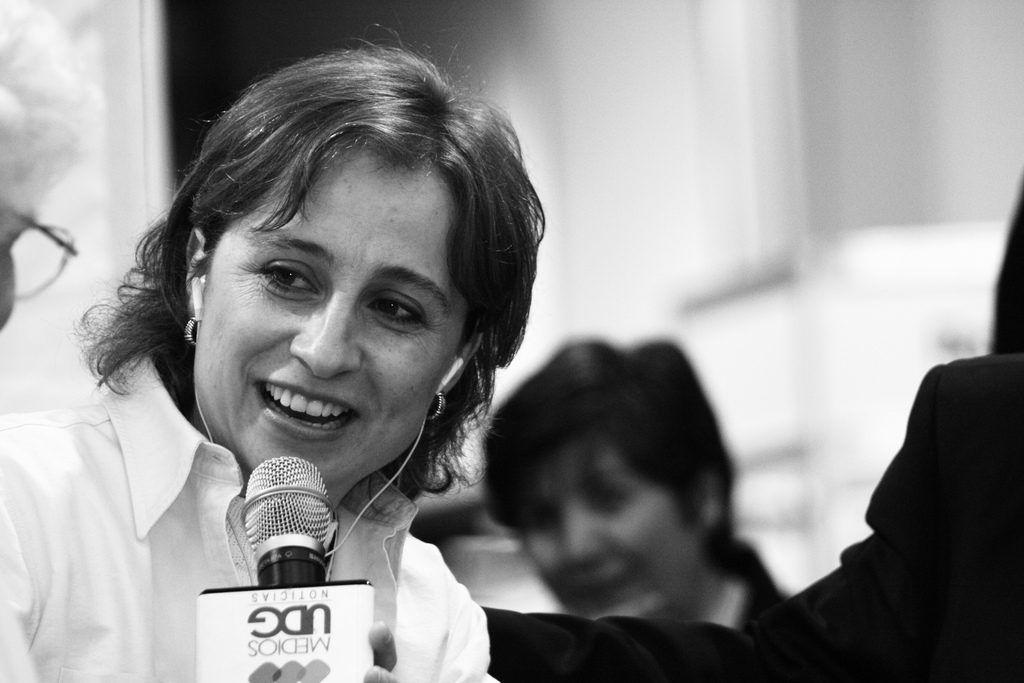 Last week reporter Carmen Aristegui of the Mexican news station MVS was released from her position with the company.  Aristegui is known for her reports on governmental corruption and is regard as one of the top reporters in Mexico. The firing comes several months after the reporter aired a report accusing President Nieto and his wife of corruption. Aristegui believes her firing was backed by the president and has announced that she will appeal her removal from MVS.

However, Arestegui is adamant that the reason for her dismissal is due the publication of an investigative report this November exposing corruption at the highest level of government. The report blows the whistle on President Nieto and his wife, who used a government contractor to buy a $USD 7 million mansion.  The mansion includes seven bedrooms, marble floors, a spa, an underground garage and even an elevator.  The use of the same financial institution, Grupo Higa, was an ethical conflict of interest and raised concerns about the corruption within the Mexican government.2  Both reporters that were fired for their promotion of MexicoLeaks worked with Aristegui on the investigation. Aristegui states that Noticias MVS requested that she did not publish the report and that the firings were retribution. Since the initial report, it has been reported that Foreign Minister Luis Videgaray also used Grupo Higa to purchase a vacation home.1

Angelica Rivera, the first lady, has countered the report by stating that she, not her husband, bought the postmodern mansion. Before ascending to the position of first lady, Rivera was a soap opera actress in Mexican programs.  In a video defending her purchase Rivera asserts that she bought the house with the $USD 10 million she earned over her career as an actress.  The video has been ridiculed by other Mexican soap stars who assert that they earned nothing close to the amount necessary to buy the property. Mexican citizens were not convinced either- a poll released shortly after the video emerged showed three out of four people did not believe the first lady’s defense.3

Aristegui, listening to her attorneys, has appealed her dismissal and will work to be reinstated to Noticias MVS. This situation is only the first in a long line of Mexican governmental corruption allegations.  Last year was an especially difficult year for the country with multiple national shocks; none larger than the Iguala mass kidnappings in which 43 college students disappeared without a trace. Ties between the government and organized crime have been established.  According to various international NGOs, Mexico has become one of the most corrupt countries in the world. Currently,Transparency International gives Mexico a rank of 103 of 175 countries in corruption perceptions index and scores in the 44th percentile in corruption control.4 Freedom House, an international freedom watchdog, lists Mexico as a “partly free” country, without free press and only partly free internet.5 As Aristegui fights to win back her job, the extreme levels of perceived corruption by the public indicate that it will be an uphill battle to say the least.