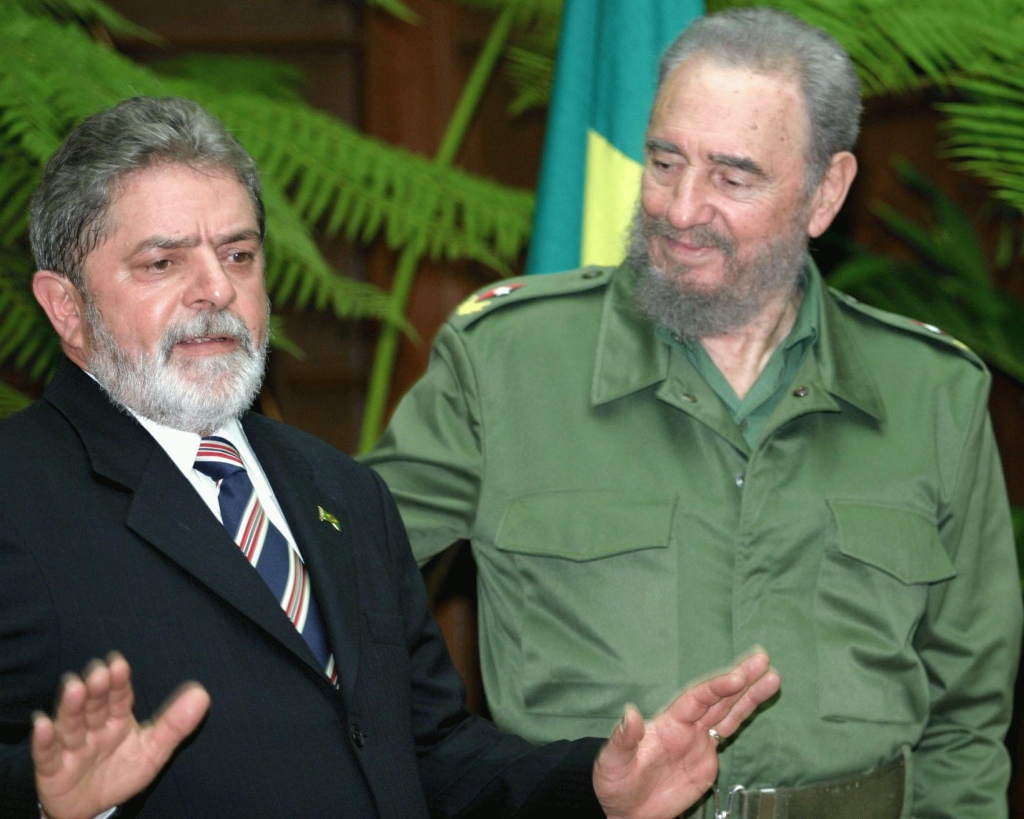 Brazil’s former President, Luiz Inácio Lula da Silva, has been in the media’s spotlight for quite some time. President for two terms, from January 1, 2001 to 2011, he was once one of Brazil’s most popular presidents. Coming from a humble background, Lula was born into poverty. He trained to be a metal worker outside of São Paulo and became involved in activism through work with the trade union. After being elected leader of the metal workers’ trade union, it was only a short time until he helped to create Brazil’s first major socialist party, the Worker’s Party. In 2001, he became the country’s first leftist leader in nearly 50 years (BBC News Latin America & Caribbean, 2018). During his time as President, one of the country’s largest corruption scandals occurred behind the scenes, involving many political figures, powerful CEOs and even President Lula himself. Now, seven years after Lula’s final term of Presidency, these corruption charges have finally caught up to him.

The corruption charges are elaborate and have many different corporations involved. Petrobas, a Brazilian state-run energy firm, which is not only one of Brazil’s largest companies, but one of the most prominent companies in the world, was involved in the multibillion dollar corruption scheme. Between 2004 and 2014, Construction executives in Brazil “secretly created a cartel to coordinate bids on Petrobras contracts and systematically overcharge the company”. Certain high up employees of Petrobas allowed these construction companies to charge Petrobas for exorbitant prices. The extra funds that the construction companies earned from this scheme were then pocketed by the executives, and their Petrobas counterparts were then paid in high bribes. Not only were the construction executive and their partners in Petrobas paid with their illegal earnings, but some of the funds were sent to politicians as gifts or campaign donations. In total, over $5.3 billion was passed between executives and politicians through this scheme (Beauchamp, 2016). So how does this tie into Lula and the corruption scandals he faces today?

Paulo Roberto Costa, the former director of Petrobas found himself on the police’s radar when they caught wind of a receipt that showed evidence of Costa purchasing a Range Rover from the black market. Their investigation led them to a car wash and petrol station in Brasilia. They then learned that the criminals involved in Costa’s black-market deal were using the car wash’s currency exchange services to move illicit funds. Costa struck a plea deal, detailing how politicians were involved in giving out state contracts for Petrobas in exchange for money. This also revealed that Latin America’s largest construction firm, Odebrecht had been paying bribes in exchange for contracts (Emanuel, 2018). On September 5th, 2017, Brazilian prosecutor, Rodrigo Janot charged Lula and his successor to the Presidency, Dilma Rousseff as well as six other members of the Workers Party with forming a criminal organization (Reuters Staff, 2017). Lula now faces corruption charges for accepting bribes from Odebrecht for the construction of his Charity, the Lula Institute, luxury apartments worth 13 million reals, and using his influence as leverage over the Brazilian National Bank to secure contracts for Odebrecht in Angola (Emanuel, 2018).  Lula and his supporters claim that these charges are false and politically motivated, however, in July of 2017 he was sentenced to nine years and six months in prison for these corruption and money laundering charges. Following the initial sentence, Lula faced four more trials— a process that aims to prevent him from returning to politics (Phillips, 2017).

On January 24th, 2018, the Brazilian appeals court assigned to Lula’s case upheld the former President’s charges, while also adding two and a half years to his sentence. The Workers Party was vocal about their denial of the charges, saying that Lula’s opponents created the charges to keep him from returning to power (Romo, 2018). Lula attempted to convince the court to allow him permission to stay out of jail while he appeals his conviction, however, after eleven hours of debate, the Supreme Federal Tribunal denied his request with 6-5 votes (Prengaman, 2018). This decision upset the former President’s supporters, many of whom were sure his plea would be granted. Those who wished to see him in jail on the other hand were thrilled by the decision, shooting fireworks, and sounding horns on the night of the decision (Lopes, 2018). Judge Sergio Moro, the judge who over saw many of the cases that came out of the car wash scandal ordered the arrest warrant for Lula, allowing him until 5pm on Friday to turn himself over to the authorities. Lula had no interest in turning himself in, and instead, surrounded himself with supporters in the metal workers union headquarters.

After two days of avoiding arrest, though still denying the charges, Lula eventually did turn himself over to the police, much to the dismay of his supporters. As Lula tried to leave the building, his supporters lifted him up and carried him back inside chanting “Surround, surround (the building) and don't let them arrest him,” (Savarese, 2018). As police surrounded the union, by nightfall, Lula’s bodyguards pushed a way through the crowds delivering him to the police. Despite his arrest, the court’s current ruling would not affect his eligibility to run for a third term of office this coming fall. Although he has made clear his intentions to run in the coming elections, his chances of making it on the ballot are very unlikely. The Supreme Electoral Tribunal will determine the eligibility of the candidates in August 2018, and they are expected to reject Lula (Darlington, 2018). On Sunday night, Lula spent his first night in jail in Curitiba’s federal police headquarters, the place where most of the high-power officials convicted in corruption cases tied to Petrobas and Odebrecht served their sentences (Ramil, 2018).

Lula still waits to face six more trials on corruption charges, and the process of appealing these charges can take years. Once the people’s president, One of Brazil’s first Presidents to come from humble beginnings, his fall to corruption is devastating for many people of Brazil. Brazil’s government has faced hundred of corruption cases from mayors of small towns to multiple presidents. For some, Lula’s arrest means hope for justice against corrupt politicians. For others, it is a reminder of the debilitating state of corruption that has plagued the country for decades.