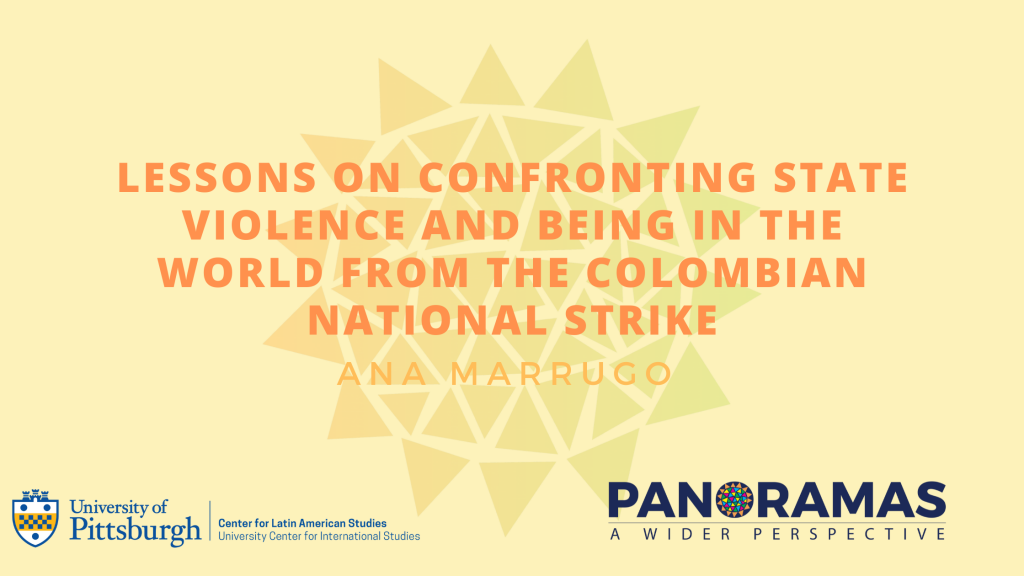 On April 28th, 2021, thousands of Colombians took the streets to protest the proposal of a tax reform presented by former Finance Minister Alberto Carrasquilla. The proposed tax reform came at a time when too many Colombians had lost their jobs and sources of income due to the COVID-19 pandemic and had received little help and even less sympathy from the national government. Parts of the proposed reform were leaked to national media such as taxing basic household market goods, public services and even funerary services. The Minister confirmed this information and then President Duque contradicted him. All of this resulted in a well-founded fear among the general population and politicians alike (who now have the 2022 elections in their radar). Although the final text that former Minister Carrasquilla presented to Congress did not include those points, it did broaden the tax base to include more middleclass Colombians while it maintained exemptions for the super-rich, special free trade zones and refused to tax sugary drinks[1].

The infamous Carrasquilla tax reform marked the beginning of the National Strike (Paro Nacional) that began on April 28th and that is very much alive today, June 10th. However, the Strike has been a demonstration of a generalized discontent of the Colombian population with the deep economic inequality in which we live and a massive expression of the will and desire of many to live better and dignifies lives. Today it is impossible to deny that the social protest in Colombia has deep and long-term causes, it rests on decades, if not centuries, of economic inequality and injustice and reflects the inconformity and the anger of a country that keeps finding obstacles to have good living conditions. This is why even if the government withdrew the tax reform, and a health reform that would give even more power to private brokers of healthcare services, the Strike continued. It seems that such specific legal reforms (or their withdrawal) are not enough to meet the strikers’ demands. Those participating in the National Strike base their asks on a collective knowledge “from below” of the Colombian reality. They are founded on the despair of young Colombians in debt and with little chances of securing a well-paying and stable job, and in general on the disenchantment of poor people who are tired of waiting for the wealth amassed at the top of the socioeconomic strata to trickle down. Colombians have seen the formal promises for equality and social justice formalized in our constitution (1991) and then in the Peace Agreement of 2016. But we have also witnessed administration after administration failing to deliver on those compromises, which are supposed to be foundational to the social pact that makes up the Colombian society.

The response from the technocrat Colombian government has gone from critiques to the protesters accusing them of not knowing what they protest for and striking just for the pleasure of causing disorder and confusion, to violently repressing protests. From the very beginning of the Strike the Colombian State, through various mechanisms and actors, has tried to frustrate the plans of the protesters. Before the National Strike began the Cundinamarca Tribunal issued a court order to postpone the protests and Bogota’s mayoralty decided to follow the order and deny organizers the permits to use the city’s main plaza for the event. However, the Tribunal’s order and the mayoralty’s decision to follow it were clearly unconstitutional as they suspended the right of all citizens to protest (Article 37 of Colombia’s Constitution). The National strike went on despite this and almost immediately the State responded with violent repression, first with the infamous anti-riot police ESMAD and then through the militarization of cities.

The NGO Temblores has done an impressive and crucial work documenting the cases of police violence and abuses during the protests. According to a May 31st report by Temblores there had been 3789 cases of police violence that include: 45 victims of homicide, 1649 arbitrary detentions, 25 cases of sexual violence and 705 violent interventions in marches and protests (Temblores ONG, 2021). The abuse of force and power and the violations of human rights committed by Colombian police and military forces, alongside the call of ex-President Uribe for the right of soldiers to protect and defend people “from the criminal action of vandalic terrorism”, has encouraged his followers, truthful to the ex-president’s documented support of paramilitary security schemes, to fire against protesters under the watching eye of the police. For instance, on May 9th in Cali, armed civilians fired against the Guardia Indígena injuring 9 people. Since then, multiple photos and videos of civilians firing guns while the police watch over them or clearly decide to ignore them have circulated the internet. Saying the response of the national government to this situation has been weak would be an understatement. For example, a man that fired against a crowd in Medellín and turned himself to the police after pictures of him were made public, received a fine of a little over USD60. In the face of this situation the national government has only responded by increasing militarization, promoting police commanders (Prensa Latina, 2021)and proposing police reforms that do not tackle the structural issues that the National Strike has brought to broad light such as the impunity of police abuse and the lack of civilian control over the Police force (La Silla Vacia, 2021).

The move of responding with violence to dissent and disagreement with the status quo is due, in part, to the desire of reaffirming the verticality of state power over its citizens. This same logic of hierarchy and verticality, with which the State understands itself, is reflected as well in the way in which the National Strike has been understood both from the government and from some sectors of the citizenry, who tirelessly seek the “heads” of the Strike in public figures or mythic international socialist organizations. This has given way to the narrative of the Strike financed and organized by former candidate to the presidency Gustavo Petro, the ELN guerrillas or the FARC dissidents. Under the logic of verticality and compartmentalization of social organization it is unthinkable to consider other options. What is left out is the possibility of people organically organizing or the appearance of spontaneous and ephemerons forms of organization, or maybe even what Anna Tsing (2015)calls the “latent commons”: never good for everyone (but because of that are always under revision), not institutionalizing well (they offer points of resistance), and not set to redeem us (they will never give humans full control and they do not lead or propose utopias, they are only lived in the present).

Thinking about this is urgent as well because even sectors that claim support for the strike such as unions and student organizations fall into the trap of the verticalization and compartmentalization logic. This is why the self-appointed National Strike Committee, conformed mostly of white older men, or the Coalition for Hope, formed as well by white senior politicians carries little weight when it comes to represent all of those who are in the streets. The meager attempts at negotiating an end to the blockades and the strike in general will probably be futile if we do not acknowledge the existence of a much more complex situation and the appearance of social phenomena that are not legible under the normalizing views of western liberal politics and institutions.

It is not so much that the National strike is an amorphous and completely disorganized event. Rather, analysts like Arial Ávila ( 2021)have shown the contrary. The National Strike has seen the rise of other forms of leadership based on care and popular dialogue. We have now the Front Line (La Primera Línea), young people quite literally on the frontline of confrontations between police and protesters that deflect attacks and coordinate to take care of the injured; the Mothers of the Front Line, moms who protect those in the frontline and everyone else participating in protests and dissuade the police and the anti-riot squad from excessive use of force; we have also seen numerous popular assemblies in neighborhoods and towns that now have changed even the name of the spaces they inhabit to signal the change that we should all be witnessing (although some insist in denying by framing the participants in these social manifestations as vandals, looters and terrorists). We now have Puerto Resistencia (formerly Puerto Rellena) in Cali, Portal Resistencia (formerly Portal Americas) and the Misak Avenue–named after the indigenous peoples of the Cauca– (formerly Gonzalo Jimenez de Quesada Av.) in Bogotá. Communal pots (ollas comunitarias) run by women’s organizations and neighborhood associations make sure that everyone eats during the strike every night with food donated from neighbors or bought with funds raised by local human rights defenders and organizers. There is also the new Feminist Human Rights Verification Group who act as watchdogs during the protests as well as offering free workshops on safe abortion, collective care and police abolition.

The national strike has shown us every day for the past month and a half that "the people" is not a mass waiting to be mobilized by an external and superior force. The events of the past weeks have confronted us with what Lugones (2003)calls plurality. This refers to a world, which is a sense of self, that cannot be understood with our ordinary notions of responsibility, intentionality or will. That is, a sense of being that is not monolithic, or centered in the individual, but rather one that is realized by being with others, and only in commonality are her actions guided and decisions made. In the midst of violence, confusion and chaos we can also be part of a kind of ontological "deviation", new ways of thinking about self and being that challenge the hegemonic ways in which we think about the world and our place in it.  Part of the confusion and instability that we feel today as Colombians comes not from blocked roads, graffitied walls or toppled statues. It comes from the radically different mode of being displayed with intensity before our eyes and broadcasted on social media, comes from the plurality of self, and the latent commonality that are taking center stage in the country’s life. We are confronted with the weakness of our ideal of completely independent individuals every night that we see protesters insisting on being together even under the threat of death and every time we see the indigenous caravans arriving in our cities to share food and strength with others. It is crucial that we bear witness to what is happening in Colombia. It is imperative that we record, disseminate and educate others about the abuses of the state and the police and that we condemn the government and others who refuse to really listen and see what the strike is about. But it is also vital that those of us who cannot be there, in the streets, bear witness to the conversations that the National Strike is opening up, and that we see and listen refusing the filter of liberal institutionalism.

[1] A brief and well-informed summary on the contents of the proposed tax reform can be seen in this Video by La Pulla, a Vlogger for the major national media outlet El Espectador: https://www.youtube.com/watch?v=_UOxOjqc-Ek&t=50s