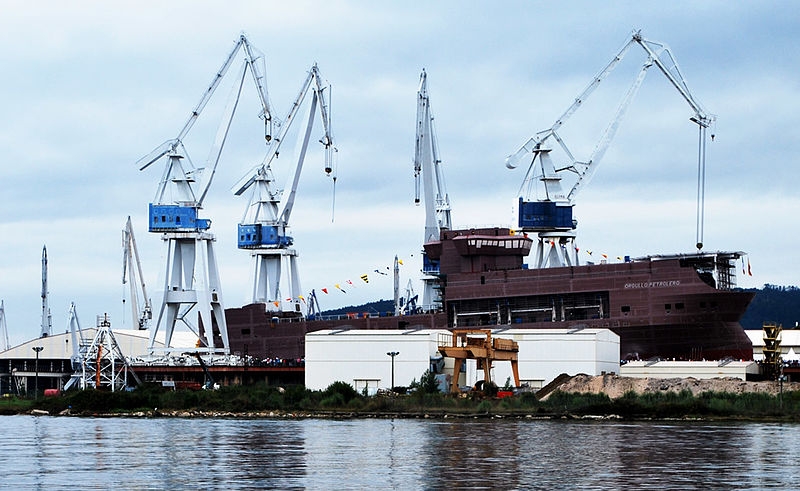 Over the past few years, Mexico’s financial landscape has been undergoing a painful transformation, largely due to the sudden drop in oil prices seen worldwide.  Just ten years ago, 35 percent of the government’s revenue was derived from crude oil production.  As of last year, though, this had fallen to 20 percent as prices fell and the Mexican state-owned company Pemex reduced its typical 3.4 million barrel per day (bpd) production rate to around 2.2 million bpd.  The government, with President Peña Nieto in command, responded with a number of budget cuts to infrastructure projects and government salaries and services (Wood 2016).

However, with growing pressure to make up for the expanding gap in federal finances, the administration made the decision to open up the country to exploration and production by private companies, ending a 75-year monopoly held by Pemex.  Officials also pointed to Mexico’s lack of deep-sea drilling and shale oil and gas extracting technology as a factor in their reasoning.  Despite opposition from just under 85 percent of Mexican citizens polled in 2013 to the energy reform, the decision was made final after surviving the scrutiny of a majority of politicians between 2013 and 2014 (Alford-Jones 2017).  Outside corporations, like the United States’ Chevron, raced to get shares in auctions which began in 2015.  Mexico, sharing the same oil-rich basin in the Gulf of Mexico as the U.S., is even more sought after than its northern neighbor, as its singular oil company resulted in a fairly small number of oil wells (Reed 2017).

As far as bank accounts are concerned, it would seem that Peña Nieto’s call for privatization was successful; just this year, there were two major discoveries of massive oil reserves.  The first is credited to the Italian company Eni, and after further exploration it was determined that their trove held over one billion barrels of oil (Reed 2017).  The Mexican government will receive 83 percent of the profits from this field, with the potential for further profits depending on the outcome of a dispute between Eni and Pemex (Williams 2017).

Although Eni is credited with finding the field dubbed Zama-1, a portion of the field extends beyond the land they were issued to explore and pertains to Pemex’s holdings –whose profits benefit the Mexican government (Williams 2017).  Foreign investors are expectantly awaiting a clear-cut resolution regarding sharing, as this ruling will not only affect their profits but also set the tone for future complications involving the state-owned entity.  Despite that ruling, though, the outcome of the upcoming presidential election could impact the 70 companies currently battling for the next discovery in Mexico; Andres Manuel Lopez Obrador, who has long been the frontrunner among the other candidates, is known to oppose the energy reform.  If he were to win, he has promised to review all of the oil contracts that were struck, paying particular attention to concessions to foreign capitalists (Williams 2017).  Eni may also face added pressure from civil society organizations, who felt the energy reform which gave the company its exploration rights was decided upon without informing the public beforehand or allowing participation, notably from the indigenous peoples of Mexico (Alford-Jones 2017).

Even if Pemex may enjoy favor from Mexico’s government,  the company does not go uncontested within the country’s borders by any means.  Three months after Eni’s find off of the coast of Mexico, Pemex announced its own onshore discovery in the state of Veracruz, which is the largest onshore reserve to be found in 15 years (Stillman & Barrera Diaz 2017).  Although offshore drilling, which will be required for findings similar to that of Eni’s reserves, is opposed by certain groups, the fact that Pemex’s discovery is on land could spark even more intense debates over land rights, especially given the reserve’s size.

In the past, energy projects have provoked violence and forced Mexicans from their homes.  Those who publicly oppose such projects are often met with threats and harassment (Alford-Jones 2017).  The 1973 Cerro de Oro dam project in Oaxaca displaced 26,000 people from the Chinanteco community by the time of its completion in 1989, and many indigenous people are still fighting to have their land returned (Arthur 2015).

In 2015, human rights activists protesting the Morales pipeline (which would span Morales, Puebla, and Tlaxcala and have similar consequences as the Cerro de Oro dam) brought about adjustments of the Hydrocarbons Law.  One article included in the framework of the law provides instruction to “clarify the rights and responsibilities of the parties involved in extractive development projects,” according to Alexis Arthur of the World Politics Review.  Other sections of the Hydrocarbons Law require social impact studies and consultation processes with indigenous groups prior to bid processes, and provided a contract is agreed upon, the government must adhere to a thoroughly outlined procedure to negotiate and compensate landowners for the use of their land, including the subsoil (Arthurs 2015).

Despite what is written, many critics remain skeptical of the government’s commitment to their word, and countless others simply oppose the law as it is written.  Under the Hydrocarbons Law, exploration and production are expressed as necessary for “social interest and public order,” and as such are given top priority over other potential uses of the land.  Groups like the Latin American Social Sciences Institute (FLASCO), were quick to decipher the terminology as a loophole which placed indigenous communities’ rights below energy development (Arthur 2017).

Mexico’s indigenous groups, all too accustomed to being overrun by government policies created for “social interest,” are now organizing to place a representative in a more visible position of power: the presidency.  María de Jesús Patricio is the first indigenous woman to run for president in Mexican history, and if elected would be the first indigenous president in office in the last 145 years.  The traditional Nahua healer, backed by the Indigenous National Congress and Mexico’s Zapatista National Liberation Army, is ready to challenge the country’s government, which she sees as a “…system that is generally finishing us all off” (Young 2017).  As she put it, the government sees indigenous people as an obstacle to reaching the earth and natural resources, which they consider to be a “…means of making money, not things that benefit the community and need protecting” (Tucker 2017).  Pemex’s latest find in Veracruz, which is home to a large indigenous population, may just serve as Patricio’s latest battle cry in her presidential campaign.

Alford-Jones, Kelsey. 2017.”While the global community is focused on addressing climate impacts, the US and Mexico are rushing to exploit Mexico’s untapped oil and gas reserves.” 1 July. teleSur. Available to read here: https://www.telesurtv.net/english/news/Reforms-Open-Mexicos-Oil-and-Gas-to-Investor-Rush-and-here-comes-NAFTA-20170630-0020.html [Accessed 7 November 2017].