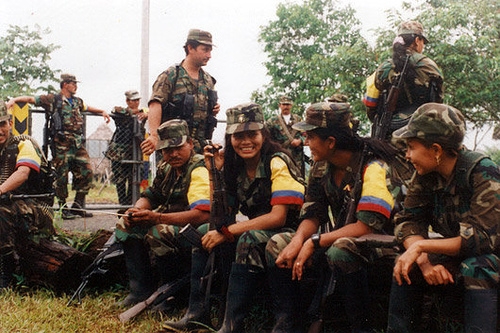 When the Colombian Congress approved the peace agreement with the country’s largest dissident guerrilla group, the Revolutionary Armed Forces of Colombia (FARC), at the end of November 2016, the accord was hailed as a triumph: the long-awaited end to fifty years of violence which many Colombians considered civil war. The FARC began the process of demobilization, and Colombian officials declared the country and its population safe at long last. However, time has proven that the reality of solving the conflict is far from simple. Since the peace agreement was signed, 17 local leaders have been killed in Colombia, and about a hundred had been killed before December as the accord was still being negotiated.

Experts say that as the FARC withdraws from rural areas, they leave a “power vacuum” in their wake. Especially in regions with high amounts of illegal mining or coca farming, armed criminal groups are fighting for control of profitable areas. Before the withdrawal, cooperation with the FARC guaranteed these rural communities protection. Now, a slew of assassinations of indigenous leaders and social activists by smaller armed groups has proved that the demobilization of the FARC alone will not bring peace.

The dangers faced by these communities have manifested not just in individual assassinations, but in physical intimidation of entire villages. According to Colombia Reports, the village of Bijao was terrorized by 200 armed men wearing military uniforms who “arrived with toys for the children and a list with names of community leaders they said they would kill.” Other communities have reported seeing or being threatened by groups of as many as 600 armed men. Farmers in multiple areas, such as Catatumbo, blocked the demobilization of the FARC themselves, fearing being left alone and defenseless. Inhabitants of Chocó implored the National Liberation Army (the ELN, Colombia’s other significant guerilla group) to take over land that the FARC had vacated, and protect them from other criminal groups.

The head of the Victims Unit seeking reparations for those displaced or otherwise affected by the war with the FARC calls the attacks on Colombia’s local leaders a “massacre.” It’s a word that’s reminiscent of a situation Colombia found itself in about thirty ago, when between 3,000 and 3,500 members of the left-wing Unión Patriótica party were systematically murdered by right-wing paramilitary groups. So many of the then-highly influential political party were assassinated or fled the violence that within a decade, the party was virtually extinguished. Multiple analysts, including those at Colombia’s National Center for Historical Memory, have drawn parallels between the UP murders and the present-day assassinations of local leaders. In a statement on a wave of paramilitary violence in Palermo in November, they warned, “Don’t let a genocide like the UP killings happen again.”

The so-called power vacuum is not a surprise; the Colombian government anticipated this struggle for control between small criminal groups. Attached to the peace agreement with the FARC was a promise by the government that almost 70,000 federal troops would be deployed and sent to the rural areas at risk. But when this will happen is yet to be determined, though many towns have been pleading for protection for months. The situation has pushed the international human rights community to urge the Colombian government to turn what looked good on paper at the time of the accord into action, so that peace can truly be achieved.