June 2013 in Brazil: the experience of media spaces in political action

After more than one year since that unforgettable June 2013, the songs sung by the crowd that walked the streets of São Paulo still echo in my memory. I had already participated in other protests, but it was the first time I joined a demonstration so enormous. I knew I was living a historic moment, so I tried to register in the best possible way the sensations, the looks of the people and the police, the noises, the cries, the pain: in my memory, in my camera, and in my cell phone.

I participated for the first time in a protest organized by Movimento Passe Livre (MPL) two years before, in 2011, when mayor Gilberto Kassab had increased the value of the public transport ticket from R$ 2.70 to R$ 3.00." At that time, the demonstrations did not have the expected result and the price of the tickets remained the same. Two years later, a bit skeptical, but motivated, I decided to call a friend to keep me company at the protest on June 11th. At 6 pm, I arrived at Paulista subway station. At 5 pm, people gathered for the march at Praça dos Ciclistas, a square in the intersection of Rua da Consolação and the busy Avenida Paulista. While I climbed the subway stairs I could hear people singing “o povo acordou” (“the people woke up”). I went to the street with my friend and joined the protesters in the choir against the raise of the transportation fee. Some steps ahead, though, a heavy rain started to fall. While some people took cover wherever they could on the sidewalks, I opened my umbrella and kept walking and shouting with the remaining crowd.

That night, we roamed through downtown for more than two hours. Violent episodes burst out between protesters and the police. People set fire to a bus and were disapproved by many of the other participants. When we finally got to Praça da Sé and were about to finish the march celebrating on the stairs of the cathedral, the police started firing rubber bullets and throwing tear gas bombs at us. We ran while some people threw stones back at them. We ran downtown to João Mendes square, when the protest began to disperse. On that day and the next, I read on Facebook different reports written by participants describing their experience and the police attack. After every new act – the first occurred on June 6th – the number of participants increased and the debate about the demonstrations became present in social media and websites. June 13th was a turning point for all the people who decided to take to the streets to protest because of the violent police response. The reaction of the population was immediate. Thousands of videos and reports from participants were constantly shared in social media and the next act called by MPL on Facebook had almost 300 thousand people who confirmed participation.

With this brief report about my own experience as a protester, I want to put forward a discussion about the meaning of this event for us as researchers. What are the roles played by the media in actual political action? How do people experience it? The discussion about the importance of social media in the organization and propagation of social movements and collective action has become something common. When we think about massive social mobilizations today, it is hard to imagine them without articulation through these media. We also know that they are more than mere tools for communication among participants, but what other roles do they play in social movements today? And what are the meanings of social media for people who use them in action? Before I come back to discuss these questions, I would like to talk about a few concepts that will help us to think about them.

The urban environment where the demonstrations occurred suffers constant technological changes. This leads us to ask: how do people experience this technological space of action today? Since the beginning of the 20th century, cities became the primary sites of popular political struggles in Brazil (GOHN, 2003). Urban space has undergone many transformations over time, especially in regard to technological development related to infrastructure. It is also in cities that the majority of consumers of technology live. Thus, the formation of urban space as a public space of action (ARENDT, 1998) has run through all these changes, both structural, meaning changes in physical space, and in the personal relationship with technology consumed by city inhabitants. Therefore, in order to address the questions raised earlier, I want to use the June demonstrations in the city of São Paulo to help us think about the complex relationships between agents, space, action and media.

I’ll start with two of these points: space and media. Urban space is permeated by digital technologies, and, thus, the experience of people in this space, as McQuire writes (2008: vii), “emerges through the complex process of co-constitution between architectural structures and urban territories, social practices and media feedback.” So, this urban space of the “media city” can be called a “relational space”, as stated by McQuire (idem) in which social relations are established quickly and dynamically, and in which social experience is no longer restricted to occurrence in physical space. In that context, media assume a role as a material form of perceiving reality, defining it, and thinking of it (CARPIGNANO, 1999). They become the extension of the person (MCLUHAN, 1964).

I would like to appeal to Hannah Arendt and put the other two elements mentioned above in evidence: agents and action. What is to act? In its most literal sense, to act is to initiate, to create something new. For Arendt, the action that actually creates something new must necessarily occur in a condition of plurality, i.e., it must occur among a diverse group of people. Because plurality is the precondition for action, acting is the “political activity par excellence” (ARENDT, 1998: 9). Action is always followed by speech that gives meaning to it and reveals the agent. To act and to speak is to reveal oneself and, therefore, to exist in public.

Arendt discusses action in the polis where men (freemen, in the Greek context) gathered in public space, which is constituted by those who are gathered, in order to act and to speak about life in the polis. Action, therefore, occurs in public space where individuals act in concert. And agents, “[...] i.e., those that, endowed with skills of action and speech, are likely, wherever they are, to constitute public world.” (SILVA and SILVA, 2011: p. 8 - translated by the author).

Thus, space, in the mobilizations occurred in June, has different meanings: the physical space of the media city in which agents are physically placed (and that is a relational space), and the public space, that which in Arendt’s sense is where people can gather together, and is constituted by agents in action. With this plural conception of space in mind, I come back now to the questions presented earlier here: how do people relate to space? How do they experience the space of action?

I spoke previously about my own experience, but now I want to bring some other people in. In 2013, during the protests, I posted on Facebook a questionnaire containing three questions about the protests. I would like to highlight some of the words wrote by the respondents which, I believe, show how public spaces were then constituted in action. As might be expected, over 85% of the respondents (45 of 52), learned about the protests through the internet, and, more specifically, through social media. However, social media not only served to inform people about the protests, but also as an acting environment.

When questioned about their involvement, internet and social media appeared as places for these people’s political stance. Even though not all of them have actually gone to the streets – 34 of 52 people have actually attended the protests – many of them pointed out that they were deeply involved through the internet, by sharing photos, videos and posts, and taking a political stance. Some people mentioned São Paulo’s long distances as impediments for participating in the protests, but felt compelled to support those who went to the streets through the web, posting information that came to them through social media sharing.

For people who didn’t live in São Paulo, the experience of the paulistanos, shared in social media, was a stimulus for them to leave home and take the streets of their own cities. Also, being in other cities or not being able to be physically present did not stop them from showing support to the movement. They formed nodes connected with the protesters acting through the media environment. These excerpts from my questionnaire can give us a small, but valuable notion of how people experienced the protests in the media

city. They are part of a larger research in which I am engaged. I am now contacting those people again along with some others to penetrate deeper in their experience in order to expand the discussion about action in media cities.

So far, taking the case of demonstrations of June 2013 in Brazil as an empirical object made it possible to notice that the political experience in cities is not limited to action in the physical urban space, but it also happens when people transform media spaces constituting them into environments for action. This was possible because of the ubiquitous presence of the technologies in urban spaces and the intense use people make of them. In this sense, homes and smartphones became nodes connected with other multiple nodes in the construction of political action. That is why people found it important, for instance, to create Facebook events asking supporters that lived in the region where the protests would occur to release access to their wireless internet connections, or events requesting that supporters of the cause who were staying at home to put white cloths in their windows to show their support. This is one aspect of the new face of social mobilization in the times of internet: people are testing new forms of acting in and inhabiting these fluid media spaces.

MCLUHAN, M. The medium is the message. In: MCLUHAN, M.  Understanding media: the extensions of man. 1964. Disponível em:< http://web.mit.edu/allanmc/www/mcluhan.mediummessage.pdf>. Acesso em 22 ago. 2014. 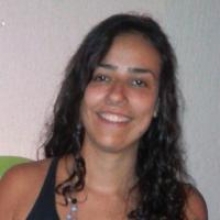 Juliana Laet
Juliana Laet is MA student at São Paulo State University and studies the movements of June 2013 occurred in Brazil. Her research includes the themes of media, urban space and social movements.