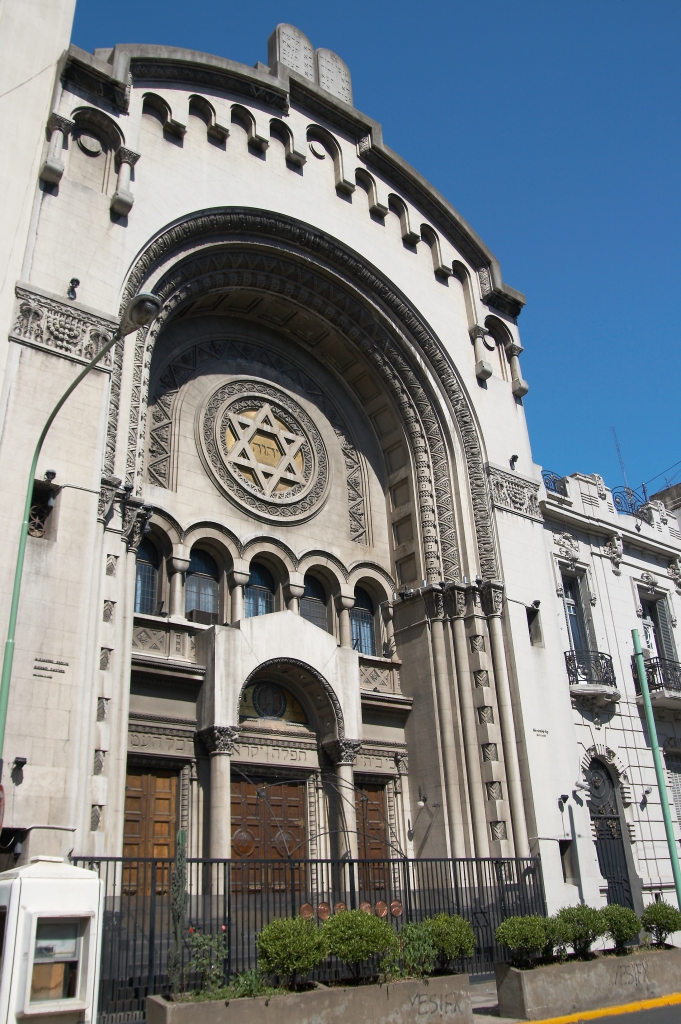 Latin America has become a predominantly Catholic region since early Spanish and Portuguese Colonizers arrived in the western hemisphere in the 15th and 16th centuries. Now, hundreds of years later, 69% of Latin Americans including Puerto Ricans identify as current practitioners of Catholicism, and 84% of Latin Americans say they were raised Catholic despite not practicing the religion now (Pew Research Center, 2014). While such high percentages of practicing Catholics and cultural Catholics (individuals who were raised Catholic and keep Catholic traditions despite not practicing the Catholic faith), practitioners of other European, African, and Asian religions have also migrated to Latin America, bringing along their beliefs and traditions. One religion and culture that has been a part of Latin America for potentially as long as Catholicism is Judaism. Due to religious persecution, many Jewish colonizers in Latin America identified as “New Christians” also known as “Crypto-jews”. New Christians were Iberian Jewish Individuals who converted to Catholicism, often involuntarily (Lesser, 2016). The inquisition forced hundreds of thousands of Jews as well as practitioners of other religions to hide their beliefs, and therefore it is difficult to estimate exactly how many non-Catholics identified as Catholic during the colonial period. Today, while only 2% of the Argentinian population is Jewish, Argentina has the 7th highest Jewish population in the world, and the first highest in Latin America (LeElef).

A majority of the Jews who migrated to Latin America in the fifteenth and sixteenth centuries were Sephardic Jews. In 1492, Spain issued an edict ordering the expulsion of all Jews from Spain, or that any Jewish individuals convert to Catholicism and remain in Spain (Coloma, 1492). While 50,000 Jews converted to Catholicism to remain in their home country, 100,000 fled to various parts of the world— many to Latin America. Sephardic Jews who travelled west from Spain fleeing religious persecution landed mostly in Mexico, the Caribbean, the Northern Countries of South America, and Brazil. To this day, Brazil has the 10th highest Jewish population in the world (LeElef). While most jews who migrated to Latin America in the 15th and 16th centuries sought refuge, they continued to be persecuted in a new part of the world. In Colombia from 1610 until 1821, a royal decree titled “the Inquisition Tribunal of Cartagena de Indias” was established to maintain Catholic domination of the country. One main aspect of the decree was the persecution of Crypto-jews living in the coastal city and region of Cartagena de Indias based on the “continued manifestation of anti-Semitism that had been a prevalent feature of Spanish society since the time of the Visigoth kings” beginning in the year 587 (Jalilie, 2012). Crypto-jews were referred to as the derogatory Spanish term Marranos, meaning pigs. Once again Crypto-Jews were forced to flee due to religious persecution. Colombian Jews targeted by the Inquisition Tribunal of Cartagena migrated to isolated and mountainous regions of Colombia, with a majority settling in what is now Antioquia, Eje Cafetero region, and the Valle de Cauca.

Today, there has been a resurgence of Colombians who have discovered their Jewish ancestry, despite having been raised Christian. Many of these individuals have traced their roots back to Sephardic Jews who were expelled from Spain over 500 years ago, and several are reconverting to Judaism (Forero, 2012). More Latin Americans may have Jewish ancestry than one might imagine, despite not practicing judaism or identifying with the Jewish culture. The last name Pérez, for example, has Hebrew origins and many persecuted Jews in Latin America adopted this last name as it could be considered a non-Jewish last name while still paying homage to their beliefs and avoiding the Inquisition.

Although many Latin American countries were rather welcoming to immigrants between 1918 and 1933, when the Nazi seisure of power in Germany and Eastern Europe created a much more urgent need for refuge for Jews as well as other persecuted groups. In response to this as well as growing anti-semitism in Latin America, Latin American countries only allowed about 84,000 Jewish refugees to immigrate between 1933 and 1945 (Holocaust Encyclopedia). Other Jewish refugees did migrate to Latin America during this time, however they did so through clandestine and illegal means. During this period, a large number of Jews migrated to southern South America, with a majority settling in Argentina.

Tight immigration laws were introduced throughout Latin America in the 1930s. According to the United States Holocaust Memorial Museum, the result of such tight immigration laws were extreme. “Argentina, which had admitted 79,000 Jewish immigrants between 1918 and 1933, officially admitted 24,000 between 1933 and 1943. Another 20,000 Jews entered Argentina illegally, crossing the border from neighboring countries. Brazil admitted 96,000 Jewish immigrants between 1918 and 1933, but only 12,000 between 1933 and 1941” (Holocaust Encyclopedia). Cuban authorities even denied the entrance of a ship called the St. Louis in Havana in 1939 which carried a large number of would-be Jewish immigrants. The large influx of Jewish immigrants to Latin America ended in 1941 when the Nazi government banned the emigration of Jewsish individuals from controlled territories (Holocaust Encyclopedia).

In recent years, there has been some “stirring” of Anti-Semitism in Latin American, however not nearly as severe as in other parts of the world such as Europe and the Middle East. The New York Times writer Enrique Krauze explains this in an opinion piece, in which he writes that “Some Latin American governments have signaled their dissatisfaction with Israel’s actions. Chile and Brazil have recalled their ambassadors, Fidel Castro has accused the Israelis of genocide, and governments favorably disposed to Venezuela’s populist revolution have all publicly condemned Israel for the war” (Krauze, 2014). He continues to describe the trend of young people in Latin American nations whose condemnation of Israel is often done through “anti-semetic diatribes” (Krauze, 2014). Though political condemnation of Israel is not inherently anti-semetic, the language that has become popular among young people involved in such condemnation is often attacks the Jewish people rather than just the Israeli government.