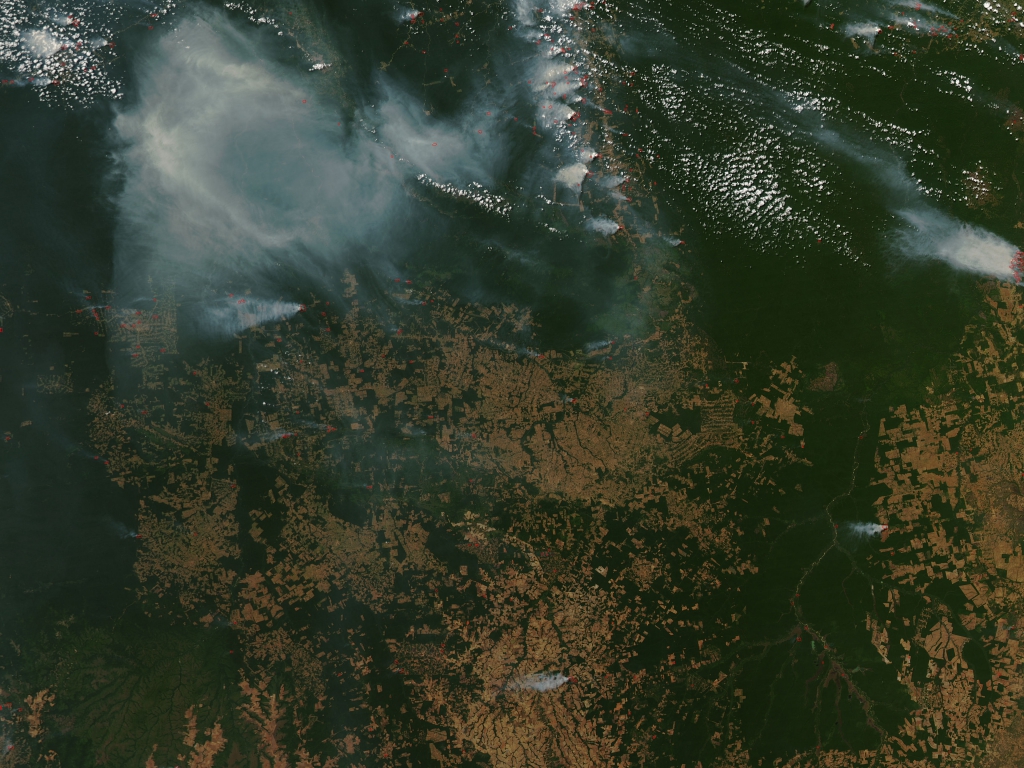 These are some of the largest natural disasters that have rocked various countries throughout Latin America. In the past two years, Hurricane Maria shook Puerto Rico causing power outages, shortages of resources, and a topic of debate centering around international aid relations during times of crises. In 2017, Puerto Rico was hit by Hurricane Maria, a Category 5 hurricane, only two weeks after being hit by Hurricane Irma, a Category 4 hurricane. In the aftermath of September 2017, Puerto Rico suffered from power outages, a vast debt crisis, and an unreliable neighbor, the United States, whose president deemed Hurricane Maria as Puerto Rico’s problem. As Puerto Rico is a territory of the United States and Puerto Ricans are U.S. citizens, one would expect action and support by the U.S. in order to ensure the wellbeing and protection of its people. Just recently, these sentiments by Donald Trump have resurfaced in a tweet posted on July 18th, 2019 stating, “The United States Congress foolishly gave 92 Billion Dollars for hurricane relief, much of which was squandered away or wasted, never to be seen again...I know the people of Puerto Rico well, and they are great. But much of their leadership is corrupt, & robbing the U.S. Government blind!”. The hesitance towards international financial aid and action post-natural disasters forswears a global common humanity. The denial of responsibility by the president of the United States towards Puerto Rico, a territory of the United States, is now being replicated by Jair Bolsonaro, the current president of Brazil in response to recent wildfires in the Amazon.

For the past week, Brazil’s National Institute for Space Research (INPE) has followed and updated reports on Brazilian wildfires, predominantly in the Amazons, that have occured during the past year. According to the INPE, there have been 74,155 fires in Brazil this year, 80% more than last year. According to the National Public Radio, “About half of those fires, or nearly 36,000 of them, have ignited in just the past month” (Dwyer). These fires have been concentrated in the Amazonian region, which has ushered great concern from the public. Not only does the Amazon Basin contain the world’s largest rainforest, but it also aids our environment through ecological processes that removes carbon dioxide from the air and produces oxygen, contributes to the circulation of ocean currents and sustains regional climate (WWF). According to the World Wide Fund for Nature, “As forests burn and global warming worsens, the impact of amazon deforestation continues to gradually undo the fragile ecological processes that have been refined over millions of years”. In response to the deforestation these wildfires are causing, other countries including French President Emmanuel Macron called the event an “international crisis”.

In the wake of the global response to these wildfires, people are beginning to question why the fires have been so vast in size and duration this year in particular. Many are pointing fingers at the Brazilian president Jair Bolsonaro elected in October 2018, who has engaged in anti-environmental rhetoric in his campaign and year in office. Some are linking Bolsonaros’ time in office with the rise in forest fires due to the economy. Fire can be used as a technique to clear land for agricultural use, commonly for cattle farming. According to the United States Department of Agriculture, in 2018 Brazil was the largest world exporter of beef. Some skeptics have blamed the current state of Brazil’s economy as an instigator for farmers, cattle farmers in particular, to try to clear more of the forest to make room for agricultural farming. Alberto Setzer from INPE told Reuters, an international news organization, “There is nothing abnormal about the climate this year or the rainfall in the Amazon region, which is just a little below average. The dry season creates the favorable conditions for the use and spread of fire, but starting a fire is the work of humans, either deliberately or by accident” (Setzer). These fires have shown how dangerous rhetoric by those in positions of power can translate to different communities and the actions they take. Tasso Azevedo, the founder of the non-governmental organization Imaflora and in charge of Mapbiomas, a deforestation monitoring group, wrote his own piece on why the forest fires are only going to magnify. In the newspaper O Globo he explains that those that engage in clearing the forest often give the vegetation time to dry out before igniting it. “The current fires were the result of forest clearing in April, May and June, but the rate of clearing in July and August jumped sharply, suggesting that there was a lot of combustible fuel on the ground waiting to be ignited” (BBC).

Previous to the global recognition of the Amazon forest fires, Jair Bolsonaro has faulted environmental regulations as an obstacle to Brazil’s economy. A traditionally neoliberalist claim, this concept blames governmental regulations as a barrier to the free market, therefore preventing the full capacity of a free market economy. In response to the fires in the Amazon, the Group of Seven (G7) has offered financial support in order to aid the termination of the fires in the rainforest. The G7 is an international intergovernmental economic organization that includes, the United States, Canada, France, the United Kingdom, Germany, Japan, and Italy. France’s President Macron announced that the G7 countries would offer $22 million dollars. This money would be targeted at supporting the sale of aircraft in order to fight the fires. Bolsonaro, however, has his own plans. After tweeting about his own affairs with Colombia’s president Iván Duque Márquez, he revealed that the countries would work together in order to defeat the fires. Bolsonaro has also responded negatively to Macron’s remarks stating, “Não podemos aceitar que um presidente, Macron, dispare ataques descabidos e gratuitos à Amazônia, nem que disfarce suas intenções atrás da ideia de uma "aliança" dos países do G-7 para "salvar" a Amazônia, como se fôssemos uma colônia ou uma terra de ninguém” We cannot accept that as president, Macron, unleashes unreasonable and gratuitous attacks on the amazon, nor can he disguise his intentions behind the idea of a G-7 “alliance” to “save” the Amazon, as if we are a colony or a no man’s land. Bolsonaro has continued this retort, adding subtly that the sovereignty of Brazil should be respected in a civilized world. As of Tuesday, August 27th, Bolsonaro has stated that he will not accept the G7 offer of $22 million unless it comes along with an apology. This comes after Macron has dubbed the efforts of Bolsonaro to combat forest deforestation a lie. He even stated in an open statement to Bolsonaro during an interview, “We will not let you destroy everything” (NPR Chappell). The ongoing bickering has since delayed any international action and efforts to extinguish these fires. Through Bolsonaro’s own actions, the Defence Ministry of Brazil has made 44,000 troops available (BBC World) and warplanes are being used to extinguish affected areas. Brazil has also taken a more policy driven approach by signing a decree that bans the setting of fires to clear land for 60 days. According to BBC World, “It remains unclear what impact the ban will have, as environmentalists say the overwhelming majority of forest clearance in the Brazilian Amazon is already illegal and enforcement is lax.''

In the midst of the international personal conflicts that have arisen, the Amazon forest fires continue to grow and drastically impact the lives of those living in the Amazon region, predominantly affecting agricultural farmers and indigenous populations. In dealing with international crises, multinational aid should overcome national pride and identity. The hyperpolarization of international representatives has caused us to forget the overarching compassion for one another and the future that we all rely on. To refuse international financial aid is to condemn affected populations to an unpredictable and threatening present under the negligence and pride of their own government. Whether it be Trump’s abandonment of Puerto Rico in 2017 or Bolsonaro’s blind pride in refusing support, the unwillingness to accept responsibility and take collective action leaves us in a global state of environmental ruin and apathetic relations.