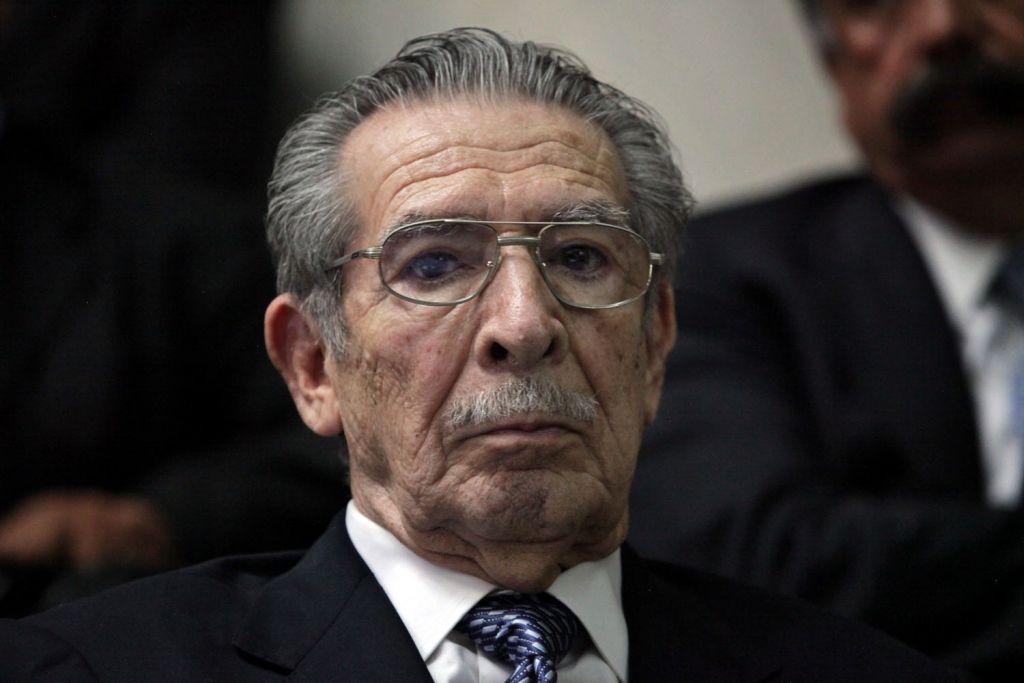 Last month President Donald Trump announced plans to move the U.S. embassy in Israel from Tel Aviv to Jerusalem, recognizing Jerusalem as Israel’s capital and marking a break with years of U.S. policy that Jerusalem’s status must be decided in peace negotiations between the Palestinians and Israel. On December 21st, the UN General Assembly voted 128 to 9, with 35 abstaining, on a resolution demanding the U.S. rescind the decision. Of the nine votes siding with the U.S., Guatemala and Honduras were the only Latin American countries. Jimmy Morales, former television star and current president of Guatemala, announced later that he would follow Trump’s decision and move the Guatemalan embassy to Jerusalem as well. This move may be due in part to Guatemala’s reliance on U.S. funding to improve security in a country that experiences some of the highest levels of drug related violence in the region, as well as Morales’s evangelical political base that continuously advocates for the right of Israel to have its capital in Jerusalem. It may also be due to the Central American country’s strong, historic ties with Israel.
After the U.N. vote, Morales stated, “Guatemala is historically pro-Israeli. In 70 years of relations, Israel has been our ally. We have a Christian way of thinking that, as well as the politics of it, has us believing that Israel is our ally and we must support it” (The Guardian 2017). The two countries’ long history of cooperation, beginning with the creation of the Jewish state in 1948 and continuing with intense military involvement throughout Guatemala’s civil war may be another factor for the U.N. vote and subsequent decision to move the Guatemalan embassy to Jerusalem.
In 1954 a U.S. backed military coup ousted the democratically elected Guatemalan president Jacobo Arbenz and led to a 36-year civil war that ended in 1996 with over 200,000 dead (83% of those killed were indigenous Maya), and accusations against the Guatemalan government of genocide and widespread human rights abuses. In 1982, General Jose Efrain Rios Montt seized power through a military coup and assumed near absolute military control over the Guatemalan government. Rios Montt attributed the success of the coup to training from Israeli military forces, referring to the 300 Israeli advisors that were, according to the Israeli press, in Guatemala at the time training Rios Montt’s soldiers (Electronic Intifada 2017).
Five years before Rios Montt’s coup, in 1977, the U.S. cut off military aid to Guatemala based on human rights violations committed by the military. In a move that many saw as becoming a proxy for the U.S., Israel began arm sales to the Guatemalan government. By the 1980s Israel had become the largest supplier of weapons, military training, and surveillance technology to Guatemala. At the time, Israeli Economic Coordination Minister Ya’aeov Merider was quoted in 1981 as promoting the idea that Israel would act as a proxy to U.S. military aid in countries where for political reasons the U.S. had suspended the sale of arms. Merider told a group of businessmen in 1981 that, “We will say to the Americans: Don’t compete with us in Taiwan; don’t compete with us in South Africa; don’t compete with us in the Caribbean or in other places where you cannot sell arms directly. Let us do it … Israel will be your intermediary” (NACLA 1983). According to journalist George Black, in many Guatemalan military circles admiration for Israel’s military was so public that many rightists in Guatemala “spoke openly of the ‘Palestinianization’ of the nation’s rebellious Mayan Indians” (Electronic Intifada 2017).
While Rios Montt’s was in power, state sponsored violence led to several massacres, the most notorious taking place in the village of Dos Erres. During the massacre, soldiers brutally killed every inhabitant save for four who escaped. The bodies of the villagers were disposed of in the village well. During a 1999 U.N. Truth Commission-ordered investigation into the massacre, all ballistic evidence that was recovered “corresponded to bullet fragments from firearms and pods of Galil rifles, made in Israel” (Electronic Intifada 2017).
During Ronald Reagan’s presidency Israel began to sell weapons and defense systems to Guatemala on an even larger scale, including actively training soldiers. Meanwhile, the international community continued to condemned the Guatemalan government as a police state actively committing human rights’ violations against its own citizen, most notably and brutally against the indigenous Maya (Haaretz 2017).
Today, cooperation continues between the two countries. Israel is the main supplier of military supplies to Guatemala and is heavily invested in the private security industry there (The Guardian 2017, Haaretz 2017). Jimmy Morales’ presidential election in 2015 was viewed favorably by Israel. Morales, as well as much of his political base, is an evangelical Christian and has long been a supporter of Israel and Prime Minister Benjamin Netanyahu. His first trip overseas as president in 2016 was to Israel, where he received two honorary doctorates and was feted by top Israeli leaders. Furthermore the National Convergence Front, Morales’ party, was created by a group of retired army generals, most of whom were active military members during the civil war in Guatemalan (Washington Post 2017, Haaretz 2017).
Morales recently has caused much controversy by attempting to expel Iván Velásquez, the head of the International Commission Against Impunity in Guatemala who is investigating corruption within Morales’ government. This has put Guatemala’s relationship with the U.S. in a precarious situation due to a loss of credibility. The Central American country relies heavily on the current Trump administration to not deport the thousands of undocumented Guatemalan immigrants currently in the U.S., as well as its reliance on stable regional and foreign trade agreements and aid (Washington Post 2017). Guatemala’s vote to side with Trump’s declaration of Jerusalem as Israel’s capital can be viewed as an effort to bolster confidence within the Trump administration and honor its longstanding ties with Israel.