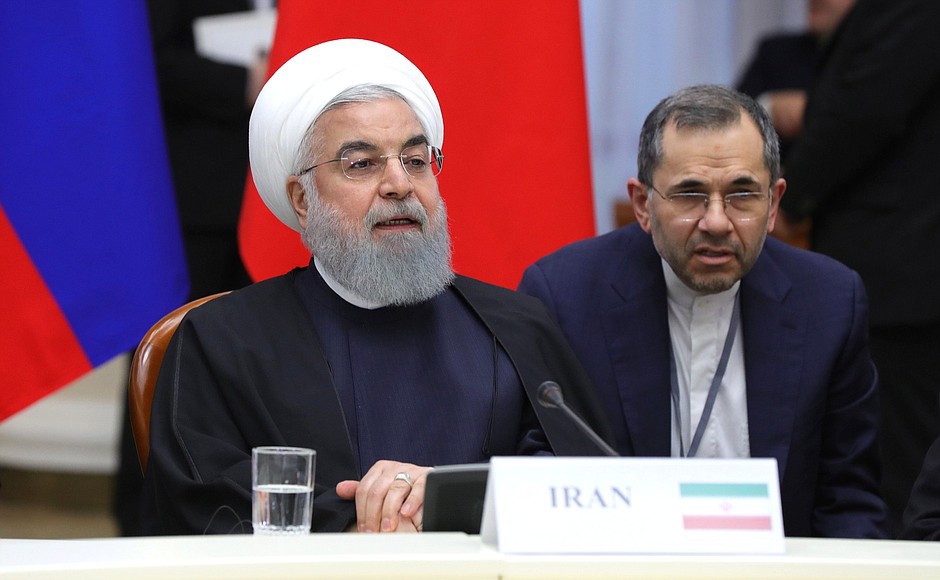 The latest United States act of aggression towards Iran has made many fearful that we are on the brink of another arbitrary war in the Middle East. The United States and Iran have had a long history of tension surrounding nuclear proliferation, economic interests, a history of U.S. influence in Iran’s domestic politics, and the U.S. support of Iraq in the Iraq-Iran war. On January 3rd, 2020, U.S. President Donald Trump issued an attack that killed Qassim Suleimani, the Iranian Major General of the Islamic Revolutionary Guard Corps. The hostile act from the U.S. has heightened agitation between the two countries. Furthermore, Iran’s relations with Latin America have acted as another source of fear for the United States. Iran’s particularly close economic ties with countries like Brazil, Argentina, and Uruguay has prompted different reactions among Latin American leaders towards the recent escalation.

The United States has emphasized western hemispheric unity since the Monroe Doctrine in 1823 in order to prevent eastern influence from reaching the U.S. In order to do this, the U.S. drew stark distinctions between the Old World, the east, and the New World, the west. In doing this, the U.S. also united North and South America under new anti-colonial, revolutionary, democratic values. The United States has justified intervention in Latin America under the idea that outside influence is dangerous and unwelcome. The U.S. has constantly been fearful of other nations’ influence in the region, including that of the Soviet Union in Cuba. Iran’s economic relationships with countries in Latin America will prove to be another test of what the U.S. is comfortable with in the western hemisphere.

In recent years, Iran has formed economic relations with Latin American countries due to the large amount of resource wealth among the nations. “On August 21, Iranian Foreign Minister Javad Zarif entered into talks with high-level officials from six Latin American countries including Bolivia, Chile, Cuba, Ecuador, Nicaragua, and Venezuela to promote political and economic ties” (Lofaso 2016). The increase in economic ties comes in contrast to the U.S. approach to Iran, in which the U.S. has increased economic sanctions on Iran as a way to penalize the country for its continued interest in nuclear proliferation. However, the United States advancement in sanctions serves exactly as a justification for Iran to reach out to other countries, like those in Latin America, that have also suffered from U.S. economic and political imperialism to work together. Iran has created firm relations with Brazil, Argentina, Venezuela, and Bolivia. Iran and Venezuela have mutually invested in each others economic projects and supported each others political ideology. In response, Venezuela has recently come to Iran’s defense in the recent attacks from the U.S. while other Latin American countries are split or siding with the U.S. in the case of Brazil.

Even though right-wing President of Brazil, Jair Bolsonaro, has aligned himself with Trump and the United States, Brazil still acts as the leading trading partner of Iran in Latin America, with Uruguay and Argentina following behind (Lissardy 2020). Iran initially started to reconnect relations with Latin American countries during the Pink tide, a time in which leftist governments in Latin America gained political office. These left-leaning governments were favorable politically to Iran, in which they had similar governing ideas and agreed on anti-American sentiments. However, Brazil, Argentina, and Uruguay are examples of where the Pink tide has left, especially in the case of Brazil, where U.S. relations have again flourished. According to Lassardy, these relations have been wildly beneficial to the Latin American countries. “El Brasil de Bolsonaro tuvo el año pasado un superávit de más de US$2.000 millones en el intercambio con Irán, uno de sus principales destinos de exportaciones agrícolas y de proteína animal en el mundo” Bolsonaro’s Brazil last year had a surplus of more than $2 billion USD in the exchange with Iran, one of its main destinations for agricultural exports and animal protein in the world. (Lissardy 2020). While tensions between the U.S. and Iran continue, Brazil may be told they have to choose between being a political ally of the U.S. or an economic partner of Iran. However, Bolsonaro has not given into this quite yet, stating Tuesday that economic relations between Brazil and Iran will continue (Lissardy 2020). This may be a sign that Iran and other Latin American countries are willing to put aside political differences in order to mutually benefit their national economies. This is likely due to the significance of the agricultural sector to Brazil’s economy. “On November 15, a Brazilian vessel arrived at Chabahar, Iran’s only ocean port, carrying 72,000 tons of bulk corn from Brazil.  A year ago, a Brazilian ship, the Living,  carried 66,000 tons of sugar into Chabahar” (Aman 2018). Iran has acted as a significant trading partner and consumer of Brazilian agricultural products.

While economic cooperation is useful among Iran and Latin American countries, it does call into question how far these relationships go. On November 10, 2018, a Brazilian senator told the Parliament Speaker of Iran that Brazil, with the support of Russia, India, China, and South Africa, “would stand with Iran in the face of U.S. Sanctions” (Aman 2018). However, Bolsonaro’s political relationship with Iran has been less amicable. Although Iran is economically significant to Brazil, Bolsonaro’s administration has revealed that ties with Iran are likely to diminish. Iran and Brazil have also been in conflict this past year after Brazil refused to refuel two Iranian ships due to U.S. sanctions. Iran claimed that these ships were filled with corn, while others speculated that they instead contained urea that can be used to build explosives. “Iranian ambassador to Brazil Seyed Ali Saqqayian said his country may find new suppliers of corn, soybeans, and meat” (O’Connor 2019). The seemingly fractured economic relationship between Iran and Brazil has also been reflected by other Latin American states, including Argentina, that have decided to side with the United States.

Although Iran and Brazil’s economic relationship does give Iran a foot in the western hemisphere, it doesn’t seem that Iran will be able to have much of a political effect during Bolsonaro’s administration. However, with the upcoming 2020 U.S. presidential election this year, U.S.- Brazil relations could shift, consequently affecting the economic relationship between Brazil and Iran.