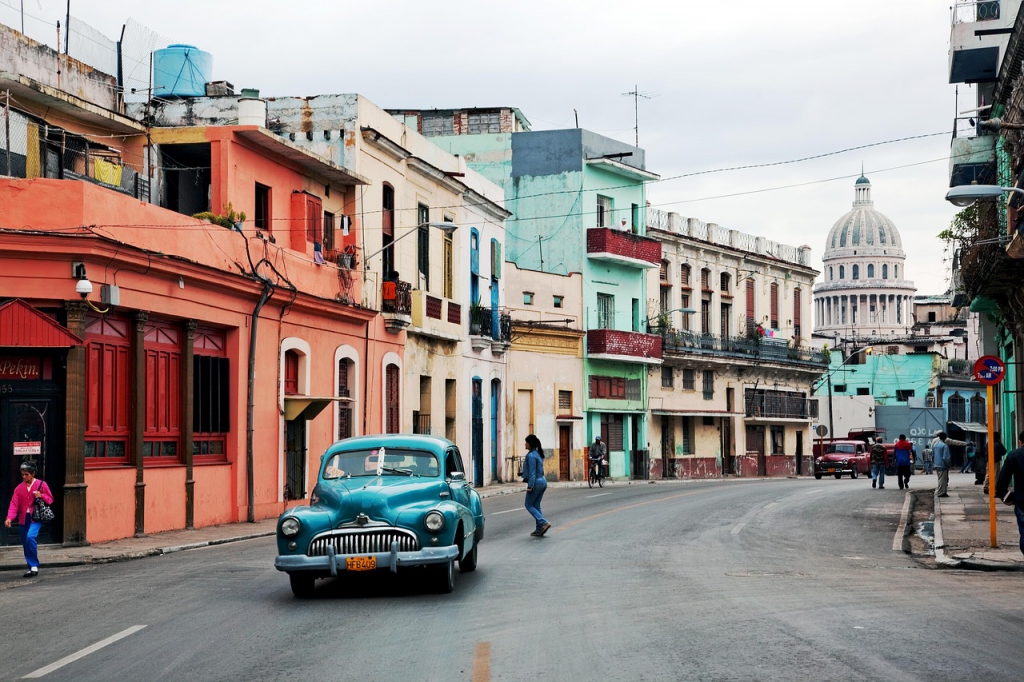 Since Spain ceded Cuba to the United States in 1898, the relationship between Cuba and the United States has been convoluted and rocky. In the 1950s, the United States supported the Cuban Batista Regime in a clandestine attempt to prevent the spread of socialism in Cuba, before they notoriously withdrew their support, abandoning the Batista regime. Shortly after, Fidel Castro became prime minister. Tensions between the United States and Castro’s administration grew until the United States cut off all diplomatic ties to Cuba and imposed a trade embargo. Tensions climaxed in 1962 with the Cuban Missile Crisis, and the relationship between the United States and Cuba remained largely unchanged until the Obama Administration came to power in the United States in 2008. This era saw a reverse on family travel restrictions and remittances to Cuba, cultural exchanges were initiated, and diplomatic ties between the two nations were restored in an effort to normalize bilateral relations (Felter, 2019). However, since the end of the Obama administration and the introduction of current U.S. President, Donald Trump to the White House, tensions are once again increasing between the two countries. In late 2019, the U.S. initially expelled two Cuban Diplomats in New York City for allegedly engaging in activities “harmful to the U.S.”. Shortly after the expulsion of these diplomats on September 30th, the U.S. denied visas to the Cuban Minister of Health and his staff in the Pan American Health Organization (PAHO) to participate in the 57th Directing Council of PAHO, the most important meeting held by health authorities in the region, to which Cuba attends in its own right.

Just days before the Cuban Health Minister to PAHO, Jose Angel Portal Miranda, was scheduled to be in Washington D.C. to participate in the annual PAHO/World Health Organization (WHO) meetings, the United States denied visas to the minister and his staff. In an email from the Cuban Embassy in Washington D.C. to staff members who were supposed to join the minister during his trip to the U.S. Capital accused the United States of “arbitrarily and unwarrantedly in breach of its obligations as a host country of an international organization” (Marsh, 2019). The United States justified its actions against the Cuban officials by “‘exploiting’ labor practices in the island nation’s medical services exports program” (Marsh, 2019). The U.S. State Department issued a statement accusing the island nation of holding medical staff against their will on various missions through illegal means, claiming that Cuba is exploiting the work of Cuban medical doctors in a way that has occurred since the Castros. Cuba, of course, refuted these claims, insisting that the U.S. is trying to tarnish the validity of Cuban Health Services.

Cuba, which offers free health services to all of its citizens, has one of the best healthcare systems in the world— arguably substantially better than that of the United States. In fact, some sources claim that Cubans have a longer life expectancy than U.S. citizens (Boston College Graduate School of Social Work, 1990). Cuba’s child mortality rate is competitive with the world’s wealthiest countries, and Cuban scientists have produced some of the most innovative advances in medicine and medical technology such as creating the first and only vaccine for meningitis B, new treatments for hepatitis B, diabetic foot, vitiligo and psoriasis, a lung cancer vaccine that is currently undergoing testing, and “was also the first country on earth to eliminate the transmission of HIV and syphilis from mother to child, a feat recognized by the WHO in 2015” (Fuente, 2019). Cuba sends more than 50,000 health workers to over 60 different countries, generating major export earnings, and despite only keeping 25% of their income, Cuban doctors make decent wages for Cuban standards (Marsh, 2019). Though Trump’s administration claims that the Cuban government is exploiting its healthcare workers, whatever the validity of such a statement might be, the administration's regression to Cold War era tactics against Cuba is hurting the Cuban people more than anything. Trump’s retightening of the trade embargo along with attacking Cuban foreign investments, tourism, remittances and fuel shipments has caused Cuba to suffer a massive fuel shortage, and a dramatic decrease in tourism (Marsh, 2019). Such drastic and targeted actions against the Cuban government have caused increased tensions since the beginning of Trump’s administration.

In September 2017, the U.S. recalled a majority of its diplomats from Cuba, and in October 2017, Trump expelled 15 Cuban diplomats from the United States. The State Department stated that the expulsion of these diplomats was “intended to force Cuba to place its embassy in Washington on the same emergency status that the United States is now operating under in Havana (after it decided [a week prior] to pare its staff there down to a skeletal group of just 27 people” (Harris, 2017). The expelled diplomats were all stationed in the Washington Embassy that the U.S. was targeting in this action. Now, with the expulsion of two more Cuban diplomats, U.S. Cuban relations are becoming reminiscent of that of the cold war era yet again.

In a back and forth series of statements by both the U.S. and Cuba, the U.S. State Department and Cuban representatives are both refuting the others claims and taking jabs at the others’ administrations. The two diplomats, who were members of a permanent mission to the UN’s New York Headquarters, were accused of participating in “activities harmful to the U.S. ” such as “abusing their privileges of residence and attempting to conduct influence operations against the United States” (DW News, 2019). Now, other Cuban diplomats who are a part of Cuba’s mission to the UN have been barred from leaving Manhattan. Cuba maintains that these actions are unjustified, and the expulsion of their two diplomats as well as the restrictions put on others may cause tensions between the United States and the UN as well. In fact, in February of 2018, The UN General Assembly approved a resolution that condemned the U.S. embargo of Cuba. At the General Assembly, an overwhelming 189 countries voted for an end to the blockade, while only the U.S. and Israel voted against the resolution. Ukraine and Moldova abstained from the vote (DW News, 2018).

This resolution was the 27th condemnation of the 1962 embargo against Cuba by the UN General Assembly, and truly illustrates that it is in the best interest of the international community for such tight restrictions on Cuban Trade and Travel to come to an end. Despite a hopeful improvement in Cuban-U.S. relations a decade ago, the two actors are once again severing ties and increasing tensions in the western hemisphere.