How the U.S. immigration 'crisis' is affecting Mexico 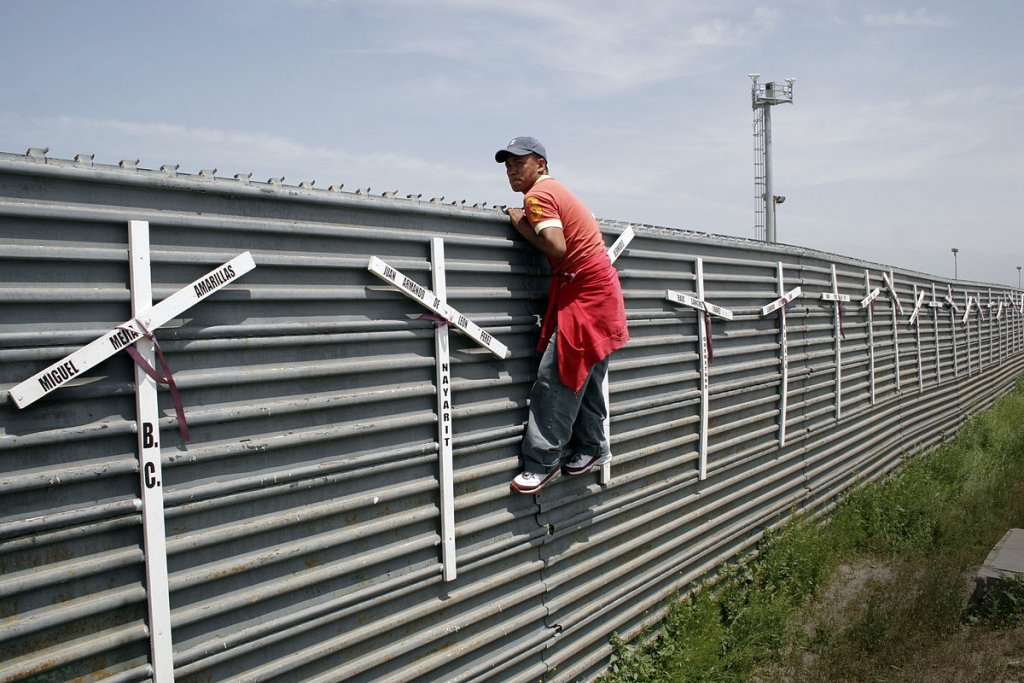 Under the Donald Trump presidency, recent years have seen a substantial rise in the attention and emotion invested in the United States’ immigration debate. Throughout 2018, several ‘caravans’ of Central American migrants aroused a massive amount of media attention, further fomenting the sense of urgency around the issue. This energy surrounding the debate has only increased as Trump has continued to push for his controversial border wall policy since the beginning of the country’s historic government shutdown on December 22. The U.S. President has used explosive rhetoric to describe the current situation as an immigration ‘crisis’, threatening to even declare a national emergency to impose immediate reform. In the past year, the sitting president has been harshly chastised for policies that allowed for immigrant parents to be separated from their children at the border. These criticisms only deepened after reports emerged in late 2018 of immigrant children dying in detention facilities, and of immigrants being met with tear gas at the border.

Immigration is undeniably a contentious issue in the U.S., with many regarding it as a crisis that demands immediate attention. However, continuous criticisms of the country’s immigration system from both ends of the political spectrum fail to recognize the other countries that are being affected by the same migration patterns. Although all countries in Central America have been affected in some way by the recent waves of migration, Mexico is in the center—geographically and politically—of the movement, and is arguably more the subject of a ‘crisis’ of immigration than the United States.

Although the general assumption in the U.S. is that all Central American migrants and refugees seek asylum and opportunity on our side of the border, it is important to recognize that Mexico is also a major destination for the same immigrants. For migrants fleeing precarious situations in countries such as Honduras or Nicaragua, emigrating to a nearby country under better economic and political circumstances such as Mexico is an appealing option. Seeking permanent residence in Mexico is generally much more attainable than doing so in the U.S., and poses fewer potential challenges to vulnerable immigrants. Although xenophobia, racism, and other difficulties of settling in a new society are certainly still factors in Mexico (El Excelsior), migrants going to Mexico instead of the U.S. may not struggle as much with other hardships, such as language acquisition or culture shock.

However, Mexico’s ability to accept immigrants is being put to the test as thousands of refugees settle throughout the country and journey through to the U.S. border in search of asylum. In 2017 alone, over 14,000 migrants reportedly applied for asylum in Mexico—a more than 11x increase since 2013 (New York Times). Although U.S. media and politicians have sensationalized the travel and eventual arrival of several caravans from Central America, the reality is that a huge majority of the immigrants in these caravans never even make it to the U.S. border. Instead, many stop and disperse in countries along the route, diminishing the number of immigrants who actually arrive to seek entry into the United States. Since Mexico makes up such a large part of this route, it receives many of these migrants who disband from the group along with way.

Additionally, as President Trump has pushed for harsh action against immigration from Latin America, more immigrants have been denied entry into the U.S. and have sought asylum in Mexico instead. This initially caused contention among Mexican leaders, including new president Andrés Manuel López Obrador, who have claimed that they refuse to allow Mexico to become a ‘safe third country’ for immigrants who are turned away from the U.S. However, following reports of another migrant caravan in fall of 2018, leaders vowed to take a more humanitarian approach to the crisis and offer these immigrants the opportunity to obtain temporary residency in Mexico (NPR). One such effort took place in October, when former President Enrique Peña Nieto established a new plan to facilitate the asylum process for hundreds of caravan migrants seeking refuge in Mexico (Center for American Progress).

However, although the government has recently adopted a more humanitarian approach in relation to the immigration crisis, many citizens have resisted these efforts and argue that Mexico should challenge the U.S.’s recent anti-immigration stance. These critics claim that Mexico simply does not have the capacity to sustain the migrants seeking refuge in Mexico and those who are denied entry to the U.S. (El Excelsior). They assert that, though these migrants are in dire need of assistance, Mexico lacks the resources and social security necessary to support the needs of such a large volume of people.

Mexico’s recent humanitarian stance was met with yet another challenge after Trump’s Secretary of Homeland Security Kirstjen Nielsen declared that all asylum-seeking migrants crossing the U.S.’s Southern border will have to wait in Mexico for their claims to be processed (NPR). The decision is reportedly designed to prevent asylum seekers from overstaying in the U.S. as undocumented immigrants. However, left-wing critics have labeled it a strategy to deter immigrants from seeking asylum in the U.S. in the first place, since it prolongs the process and hinders asylees’ communication with immigration lawyers in the U.S.

At the same time, the Trump administration has begun to place limits on the number of people who can apply for asylum at each port of entry, creating an overwhelming backlog of migrants waiting to even claim asylum. Once being allowed to do so, due to the aforementioned policy, these migrants then have to stay in Mexico while their claims are processed (NPR)—which could take upwards of several months.

As Trump’s White House continues to push back against immigration from the Southern border, Mexico is under increasing pressure to address the needs of the thousands of migrants waiting in the country and the countless more who may arrive in the future as conditions in their home countries continue to deteriorate. In fact, newly inaugurated President López Obrador recently announced a $30 billion development plan to address some of the factors, like violence and poverty, that are driving Central Americans out of their countries (NPR). Shortly after this plan was announced, the U.S. reported that it would contribute $6 billion to the effort.

While this plan is certainly a step in the right direction, it does not sufficiently recognize the needs of the many migrants who have already fled their homes in search of opportunity in Mexico or the United States. With over 700,000 immigration cases pending in the U.S., and thousands more waiting in overcrowded makeshift camps in border cities, it is necessary that Mexican leaders devise a comprehensive plan to address the needs of the refugees within its borders. However, as the Trump administration upholds its combative stance against immigration, providing humanitarian assistance to the ever-growing group of immigrants in Mexico becomes increasingly difficult. As migrants continue to flee unlivable conditions in their home countries, and as leaders try to devise a plan to meet their needs, Mexico—not the U.S.—will be the subject of a true crisis of immigration.