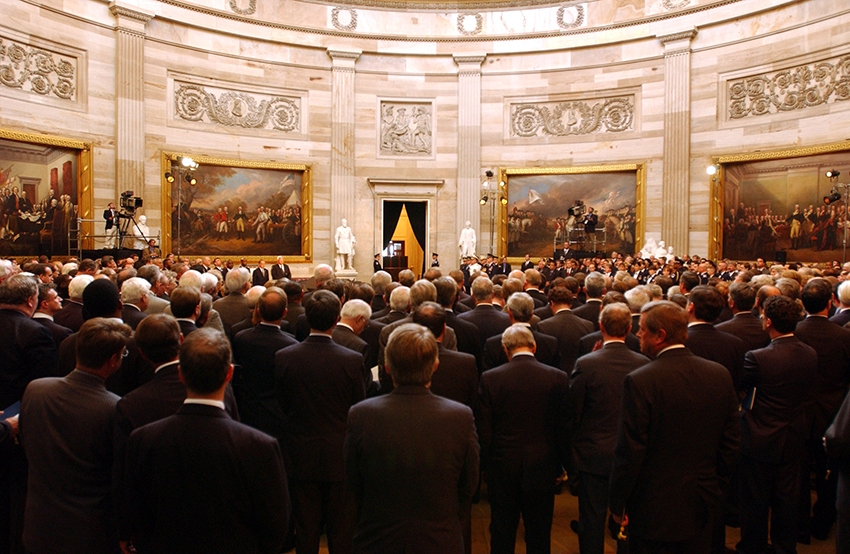 Early last month the U.S. House of Representatives passed two measures to tackle illegal immigration. The legislation has been lauded by Republicans including the Tea Party, and lambasted by Democrats. The proposal includes $694 million to bolster federal agencies dealing with the surge of immigrants. This number is significantly less than the $3.7 billion President Obama had previously requested (1).

However, critics of the bill are more concerned with what it will take away rather than provide. The legislation also seeks to end the renewal or expansion of the Deferred Action for Childhood Arrivals (DACA) program created as a memorandum by Obama in June of 2012. DACA allows for the deferral of prosecutorial action against immigrants who came to the U.S. illegally before their 16th birthday. Among other requirements, applicants must either be in school, completed the equivalent of a high school education or received honorable discharge from the armed forces or the Coast Guard. In addition, applicants must not have been convicted of a felony. “While this process does not provide lawful status or a pathway to permanent residence or citizenship, individuals whose cases are deferred will not be removed from the United States for a two year period, subject to renewal, and may also receive employment authorization” (2). Currently this program extends to over 500,000 immigrants living in the U.S. (1).

While the bill did pass the House of Representatives, according to a poll by the Public Religion Research Institute, it does not reflect the majority opinion in America. The poll found that 62 percent of Americans favor granting a way for undocumented immigrants to become U.S. citizens. This is consistent with last year when 63 percent of Americans were polled on the same topic. The poll also reports that 30 percent of Republicans favor deporting all immigrants living in the country illegally compared with only 11 percent of Democrats supporting deportation. In the slightest of majorities, 51 percent, Republicans favored a path to citizenship while 70 percent of Democrats also supported the approach (3). The House bill is a response to last summer’s Senate “Border Security, Economic Opportunity, and Immigrant Modernization Act of 2013” granting illegal immigrants legal status and a path to citizenship. The Senate bill never received a vote in the House as Speaker Boehner implemented the Hastert rule and vowed instead that the House would create its own legislation (4).

President Obama has promised to veto the bill if it reaches his office but it is unlikely that the legislation will even receive a vote in the Senate. While the bill may not have any direct effect on immigration, it may hurt Republicans in the midterm elections. Latinos comprise 10 percent of the electorate and voted 71 to 27 percent in favor of Obama in the 2012 election (5). With three months until election day a strong shift by the Latino vote in either direction could alter the outcome of the next U.S. Congress.

(2) Department of Homeland Security. “Deferred action for childhood arrivals: Who can be considered?” http://www.dhs.gov/blog/2012/08/15/deferred-action-childhood-arrivals-who-can-be-considered