The History of the United Farm Workers 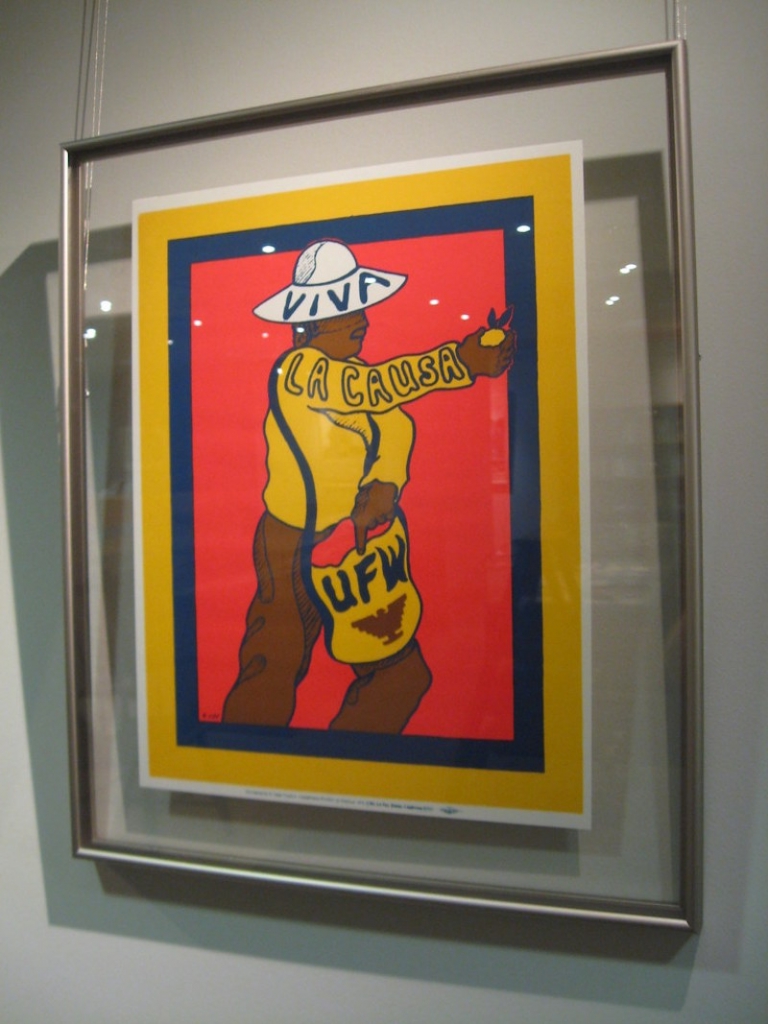 Every Inauguration Day, White House residence staff scrambles to pack up the outgoing family’s possessions and remove them. They then clean everything, from ducts to furniture, and bring in the new family’s items. (Berkowitz, 2021) An important part of this is the chosen art that is placed in the Oval Office, an element that symbolizes the incoming president’s hopes for his presidency. In the Washington Post article, “A look inside Biden’s Oval Office,” a bust of Cesar Chavez can be seen behind the Resolute Desk (Linskey, 2021.) In all likelihood, this selection embodies Biden’s promise to encourage and incentivize the formation of unions (Biden for President, 2020.) The placement of Chavez’s bust poses an opportunity for a little reminder: what exactly was the history behind the United Farm Workers, the union founded by Chavez himself?

The Delano Grape Strike was unique in that it called for consumers to join the cause and boycott the product. Appealing to the consumer to boycott on behalf of the grape strike was revolutionary as the main strategies of most unions were solely striking and marching (Garcia, 2013.) The UFW even got stores to stop selling the agricultural product. It was innovative in other senses as well. When a man named Jerry Brown came to Delano to write about farm worker communities for his dissertation, Chavez convinced Brown to use his skills in order to help the union. After grape growers redirected their grapes to the European market, the UFW even persuaded the unions of dockers there to refuse to move them off the ships (Garcia, 2016.) Other events were organized by the UFW. They got more farm workers to join the union, negotiated contracts with individual farms and farm groups, filed lawsuits, opened more offices, gave public speeches, and gained support from religious leaders and other groups (Anastas, n.d.)

Despite his reputation, Chavez did not single handedly build the UFW and unite workers (Garcia, 2013.) Dolores Huerta and Helen Chavez, the wife of Cesar Chavez, were important as well and deserve part of the praise given to Cesar Chavez. Huerta co-founded the union and was vice-president for some time. She was the first contract negotiator, directing the whole department and played the public role as an advocate, making speeches to the public. Helen Chavez had a more administrative and supportive role. She led registration crews, did the bookkeeping, participated in strikes herself and influenced her husband behind the scenes (Rose, 1990.)

The UFW continues its mission today, under the leadership of Teresa Romero (Executive Board, n.d.) It largely performs its duties in the states of California, Oregon, and Washington—primary states where farm workers are. The union has campaigns, endorses candidates, pushes for immigration reform and continues to sue for protections (Gamboa, 2018 & Rodriguez, 2021.) It endorsed Biden during his presidential campaign and applauded his choice of Kamala Harris as his Democratic running mate (Davis, 2020). As U.S. senator of California, Harris has worked directly with the UFW (Sherman, 2020). Biden and his administration plan to hold companies accountable and make joining unions easier—promises that the UFW would like to come to fruition (Biden for President, 2020).

Berkowitz, B. (2021, January 19). What it will take to move the Bidens into the White House. The Washington Post. https://www.washingtonpost.com/graphics/local/white-house-transition/