The History of Guantánamo Bay 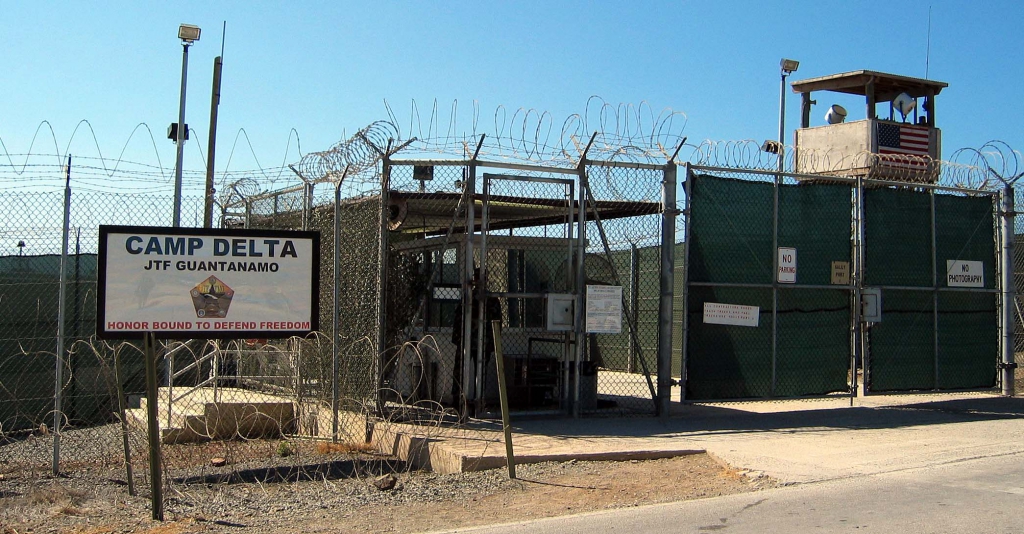 The presence of the Guantánamo Bay detention center was established in 2002 when George Bush reopened it as part of his War on Terror initiative. It was reopened after the United States suffered from the terrorist attack on September 11, 2001 as a response to increase international anti-terrorist initiatives. According to the American Civil Liberties Union, Guantánamo Bay was, “Originally intended to be an ‘island outside the law’ where terrorism suspects could be detained without process and be interrogated without restraint, the prison and military commissions at Guantánamo Bay are catastrophic failures” (ACLU 2020). The establishment of the detention camp in Guantánamo Bay was supposed to serve as a special camp for the most dangerous criminals, especially those who had committed war crimes. However, it has come under international condemnation due to the human rights violations that have occurred, including the indefinite detention of prisoners without trial. According to the ACLU, 800 people have spent time in the detention camp at Guantánamo Bay. Throughout the existence of the detention camp, there have been several cases of suicide and hunger strikes among the population is common. At one point, 103 detainees were on a hunger strike, with 41 of those being forced fed (CNN Library 2019).

Guantánamo Bay has received its international reputation from the human rights abuses that have been disclosed. The Independent reported that prisoners have faced “Abu-Gharib-style torture and sexual humiliation” (Buncombe 2016). Abu-Gharib style torture refers to the US military and Central Intelligence Agency that committed extreme human rights violations at a prison in Abu-Gharib, Iraq. It is important to note that torture is illegal internationally as well as in the United States. The US military has used enhanced interrogation practices that are not acceptable practices in other detention centers. The United States was able to justify the harsh detainment policies because the center was not located in the U.S. “During the administration of President George W. Bush (2001-2009), the United States claimed that Guantánamo Bay detainees were not on US soil and therefore not covered by the US constitution, and that ‘enemy combatant’ status meant they could be denied some legal protections'' (CNN Library 2019). This argument was highly contended in the international community. It also begs the question, would the United States treat its own terrorist-citizens like this? Those held in Guantanamo Bay are predominantly from Afghanistan, Saudi Arabia, Yemen, Pakistan, and Algeria (The Washington Post 2004). The mistreatment of detainees caused the international community to call upon the United States to change its methods and abide by the Geneva Conventions. “The United States is a party to the Geneva Conventions, the laws governing the treatment of persons captured during armed conflict. Every captured fighter is entitled to humane treatment, understood at a minimum to include basic shelter, clothing, food, and medical attention” (Human Rights Watch 2002). In 2004, the Supreme Court ruled granted detainees the right to challenge their detention in a federal court.

When Barack Obama came into office, he swore on his second day to close the detention center that his predecessor created. However, his goal was hard to attain due to a strong opposition in Congress. During his time in office, Congress passed laws in order to prevent those that were detained in Guantánamo Bay, from being detained in the United States. Without a place to relocate the prisoners, Obama had a hard time closing the detention center. Obama was still able to make progress, moving 70 to 100 detainees to a prison in Illinois (CNN Library 2019). Since Obama's time in office, the United States government position has changed on the detention center.

In 2018, Donald Trump signed an executive order to keep the prison camp open. “Trump said that the move to close Guantánamo reflected softness in the fight against terrorism. And he suggested that detention was second best to killing terrorists” (Borger 2018). Trumps hard stance on terrorist detainment parallels his stance on immigrants and likely was aimed at attracting those unsatisfied with Obama’s previous work on border security. Though the detention camp remains open, the number of detainees has decreased as prisoners have either been released or relocated, leaving the camp open with 40 detainees as of May 2018 (CNN Library 2019). Even though progress has been made, these prisoners are still subject to brutal conditions. In 2017, a United Nations rapporteur stated that evidence shows that torture is ongoing at the Guantánamo Bay detention center (Haltiwanger 2017).

On January 22nd, 2020, James Mitchell, a psychologist and interrogator of prisoners at the Guantánamo Bay detention center, testified about the horrible human rights violations that occurred at the center. Mitchell not only interrogated prisoners himself, but also “devised the CIA’s post-Sept. 11 interrogation program” (McDermott 2020).  He spoke specifically about the culture around the detention center and the pressure the United States Central Intelligence Agency placed on interrogators. He included details surrounding one prisoner, “Who was waterboarded more than 80 times at a CIA site overseas. He has been held at Guantánamo for more than 13 years and has never been charged with a crime” (Anderson 2020). He continued describing torture tactics, including stress positions and mock burials that were used for extended periods of time in order to extract potential information from prisoners. Mitchell is testifying as a testimony for a future trial that will cover whether the confessions and cooperation of five prisoners at Guantánamo Bay were affected due to torture (Rosenberg 2020).

The conditions on Guantánamo Bay are seemingly relevant as detainees in the United States and in Latin America have recently called for better conditions. In the United States, prisoners have called out prisons in the South that do not provide air conditioning, that have caused extreme effects on prisoners, including fatal head stroke (McCullough 2019). In other prisons in Honduras, prisoners suffer from extreme overcrowding, resulting in increased agitation and protests among prisoners. In December 2019, 16 prisoners were killed due to rival gang violence. “Honduran prisons house more than 20,000 inmates, despite only having capacity for about 8,000” (BBC World 2019). Guantánamo Bay and the two aforementioned examples bring about a question of how we treat inmates and how they should be treated. The acceptance of inhumane torture tactics at the Guantánamo Bay detention center exemplifies the ways in which our society and our government views prisoners as less than human. The United States has ignored civil rights and liberties of prisoners, reducing them to second-class citizens and denying a potential for humanity, forgiveness, rehabilitation or reintegration into society. In moving forward, if there is a switch in the United States administration, there may be a possibility that the detention center could close. With only 40 prisoners to relocate, a future administration may be more capable to negotiate a mutual agreement with Cuba in order to close the detention center.