Heroes, Reasons and Cockfights: Analysis of the Brazilian 2014 Election

I would like to briefly analyze the fascinating 2014 electoral debate that took place in Brazil recently. In the beginning of October we had the first voting round and yesterday, on the presidential runoffs, the President Dilma Rousseff was reelected. Until yesterday, the charts showing the poll numbers evolution for the presidential race looked like roller coster drawings: one candidate, Eduardo Campos, died in an accident in the middle of the race, which shoot his party’s vice president candidate, Marina Silva, almost to the top, only to go back to the third place right before the first round.

The nasty criticism towards Campos originating from the incumbent, Dilma Rousseff, was then directed to Marina, who in one occasion simply cried when reflecting upon her own personal history in the construction of the Workers’ Party (PT). Aécio Neves, whose Brazilian Social Democracy Party (PSDB) has strongholds in major cities and states but has lost the three last presidential elections, decided to strike back when his turn to face the Worker’s Party machine came. Public discussion about the limits of public debate ensued, followed by restrictions imposed by the Electoral Justice which, created by the Vargas dictatorship, runs the electoral process.

My thesis is that the impressive recovery of Aécio Neves candidacy and resilience when faced with personal attacks had to do with the kind of narrative he built since the beginning of the campaign, a narrative that resonates with the public both because of its mythical component and its appropriateness for the present time. I am here using the term narrative in the Arendtian sense, as an important element of the public arena where we present to others who we are and what we want for the polis with stories well told. Such element coexists with other more discussed ones: the idealized rational debate and the despised cockfight. If we were orthodox Freudians, we would say that the narrative is the accommodating ego dealing with severe demands from above and uncontrolled pulses for below, and we wouldn’t be far from the truth.

The educated public wanted more elaborate proposals for public policy. “How are you specifically going to control inflation?”, asked prestigious economic journalist Miriam Leitão to Aécio Neves on television, “You are asking us to simply believe in you.” Aécio had, it seems, a detailed plan for the economy, education and the environment, but kept it outside of the public eyes when he saw it would be minced by Worker’s Party internet militants working from State agencies computers. I wanted his government plan to be publicized and discussed in an Habermasian rational manner which would only better an already coherent plan drawn by specialists.

Well, it’s very nice I have a job in academia, because I wouldn’t be able to pay my bills running for public office. The educated public who professed the desire for an enlightened debate would certainly join in the paid crowd in finding errors in Aécio’s as if running a country were the same as filling multiple-choice tests. That’s what happened to Marina, when she retracted from her ambitious goals for the gay community, coming from a candidate who wanted to keep her conservative, evangelical supporters on board. There was enough ground ecological meat for an entire barbecue after such episode.

It is true that the campaign that just ended was particular nasty, but that is because there was so much at stake. Both the incumbent and the opposition felt “it is now or never”, a sense of urgency in changing the course of events or keeping going in that direction for an entire generation. But the nastiness – the cockfight, the spectacle of lies and aggression that both nauseates and trances us – of the public sphere is inherent to it and it is not completely clear why we were so shocked. After all, Brazilians routinely hurt each other during soccer games but happily no one has been hurt in these elections. Only a few Facebook friendships, which will not be much missed, collapsed.

So far we talked about how much Brazilians apparently missed the rational examination of well presented proposes and despised the aggressive campaign they themselves joined on social media. Now let me talk about the most important element of a mass democratic competition, which is the ability of candidates to present themselves to a diverse public in a meaningful way that encompasses rational and impulsive elements but does not give in to them. Aécio, as I said in the article “The real winner of Brazil’s elections is democracy” on Quartz magazine (http://qz.com/284257/the-real-winner-of-brazils-elections-is-democracy), presented himself as the heir of a progressive and democratic tradition that included Juscelino Kubitschek, who presided the country in the optimistic 1950s, when he built the capital Brasília, as well as Aécio’s own grandfather Tancredo Neves, one of the greatest architects of the peaceful and negotiated transition to democracy of the 1980s.

Unlike previous PSDB candidates in the past three elections, Aécio did not distance himself from the accomplishments of President Fernando Henrique Cardoso, who controlled inflation and implemented important state reforms. Quite the opposite: he proudly brought him to the campaign and said clearly that if voters saw the former president’s influence as negative they should pick another candidate, using unusually blunt language for a Minas Gerais native. Regarding political forms, while Marina Silva brought her experience with social movements and NGOs in putting forth a horizontal and fluid “new politics” and Dilma threatened to institutionalize popular councils within the state machine, undermining the separation of powers, Aécio privileged the old politics of party consultations and legislative negotiations.

Aécio’s slogan was “Mudança Segura”, safe change. Symbolically, it meant a return to the best Brazilian tradition of democracy which necessarily includes respect for the constitution, party negotiations and open dialogue with society. His change was not about political innovations, it was about resuming, recuperating, continuing from where he left while acknowledging what others have done. Here it is important to notice that there has been a serious attempt to rewrite Brazilian recent past, as I wrote in Panoramas in “Until the Expressway Collapses” (http://www.panoramas.pitt.edu/content/until-expressway-collapses), giving the ideological armed resistance a role in the transition to democracy it simply did not have, and diminishing the importance of the mass movements and democratic resistance for the end of military rule. Bringing back the memory of Tancredo Neves was a clear rejection of such revisionism.

With that long context explained, I would like to put forth the idea that the powerful myth that Aécio evoked was that of Ulysses, the Greek hero who is absent from his house and land for two decades and returns to Ithaca, at first incognito, only recognized by his loyal dog. His wife – maybe the state– is rejecting the suitors as best she can –the unprecedented “aparelhamento”, takeover,  of the state machine. The state belongs to the democratic, tested tradition of Juscelino, Tancredo and Fernando Henrique, the Brazilian Ulysses defends, and this tradition is back. The country belongs neither to generals nor to a group that selects winners and losers in both business and social classes. Deceitful, unreliable and lazy, the suitors threaten to rob Penelope’s riches as well as Ithaca’s pride as a prosperous land, until the Greek hero reveals his identity and engages in a serious struggle with those in power, the elections.

The two other campaigns have attempted to put forth narratives of suffering, struggle and overcoming, but it was not clear to the voter, or at least to me, which narratives were these. Aécio’s narrative – he didn’t compare himself to Ulysses but keep the serenity and stamina of the skillful islander – was, au contraire, crystal-clear. It contained the necessary criticism of the opponents without the ferocity of negative ads. It called for a unified nation, with common goals following a common path. It included the promise of a rational and efficient administration based on past endeavors, even if only in the last minute the actual proposals were revealed to the public. Most important, it sounded as a very true and felt presentation of self: it was fiction, based on a dramatic reality. I believe it will resist the negative attacks of the last days before the actual election. But I am sure this 2014 journey will either help the difficult task of managing the wreck suitors left behind or be a haven where the opposition will find strength in the next few years. 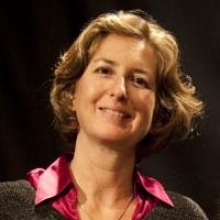