He Likes me, He Likes Me Not: Sexism in Electoral Politics 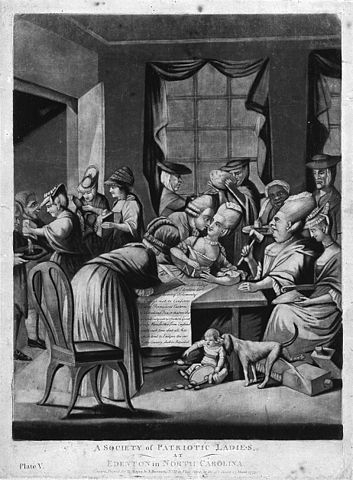 Women in Latin America are very well represented in the political sphere as compared to the U.S.   In fact, Ban Ki Moon even invited the rest of the world to follow the example of the Latin American and Caribbean countries when he spoke at a conference in Santiago, Chile back in 2015.  This region has one woman in parliament for every four men, while in the rest of the world, this ratio is one to five, according to a  survey[1] on women in politics, and UN Women[2].

Female leaders are no novelty in the region.  Thus far, the region has had five women in control: Chile's Michelle Bachelet, Brazil's Dilma Rousseff, and Argentina's Cristina Kirchner, who lead their nations as presidents. Jamaican Portia Simpson- Miller and Trinidad and Tobago's Kamla Persed-Bissessar were all first female Prime Ministers.  And in Mexico Josefina Vázquez Mota, an economist, was the first woman to run for president under a major party whose reputation as a strong motivational speaker, and her experience dealing with Mexico’s most pressing social issues buoyed her candidacy.

But this is not as progressive a scenario as it seems.  According to the survey, “Unseeing Eyes: Media Coverage and Gender in Latin American Elections[3],” published in 2011 by U.N. Women and the International Institute for Democracy and Electoral Assistance, women face three obstacles in entering political life: lack of access to financing; few opportunities to become widely known; and a culture that treats women as second-class citizens.  But amongst many of the obstacles that stand in the way of women and politics, at home or in the Latin America – Caribbean region, the problem with the media is its portrayal of women.  Media coverage of female candidates in elections exposes a clear pattern of bias.

Still, the Latin America-Caribbean region, once a caldron of machismo and gender inequality is after all more progressive than the U.S., a country whose motto to the world is equality and freedom. During Hillary Clinton’s presidential campaign, for example, the media frequently attacked her on baseless issues.  For example, on one occasion, during a press conference where a bad coughed affected her voice, the suggestion was made that she might be too sick to govern.  Ethical and informed journalisms aside, common sense would lead to the more mundane explanation that seasonal allergies, or even a common cold were to blame. When Hillary appeared wearing dark glasses after leaving the hospital, the media went on to create a story[4] around her glasses and how they are often used by people who suffer traumatic brain injuries.  The political insider reported[5] that the glasses are for seizure patients.  There was even coverage[6] connecting Hillary’s cough to her wearing glasses.

Finally, there is a clear tendency in the media to define women by domestic roles — mother, wife, homemaker — and focus on physical appearance and clothing, rather than substantive issues. In May 2010, the Dominican newspaper Hoy noted, for example: “The only lasting things are the images of beautiful women candidates.”  In the U.S. whether the image is positive or negative, a more realistic representation of women candidates remains a challenge.

The results of the presidential campaign are meaningful too – not just in the U.S., but also for the world.  The country referred to so often as the most powerful country in the world told the global community that it is not ready for a female president.

[2] United Nations Entity for Gender Equality and the Empowerment of Women. (n.d.). Retrieved October 25, 2016, from http://www.unwomen.org/en

[4] Hillary wears glasses on campaign trail for first time at late-night event in Las Vegas - after coughing fit and admission she worries about her health . (2016, February 18). Daily Mail. Retrieved November 20, 2016, from http://www.dailymail.co.uk/news/article-3452950/Hillary-wears-glasses-ca...

[5] Kosar. (2016, September 12). Why Was Hillary Wearing THESE Glasses When She Fainted? NOW WE KNOW! . The Political Insider. Retrieved November 20, 2016, from http://www.thepoliticalinsider.com/hillary-health-wearing-these-glasses-...