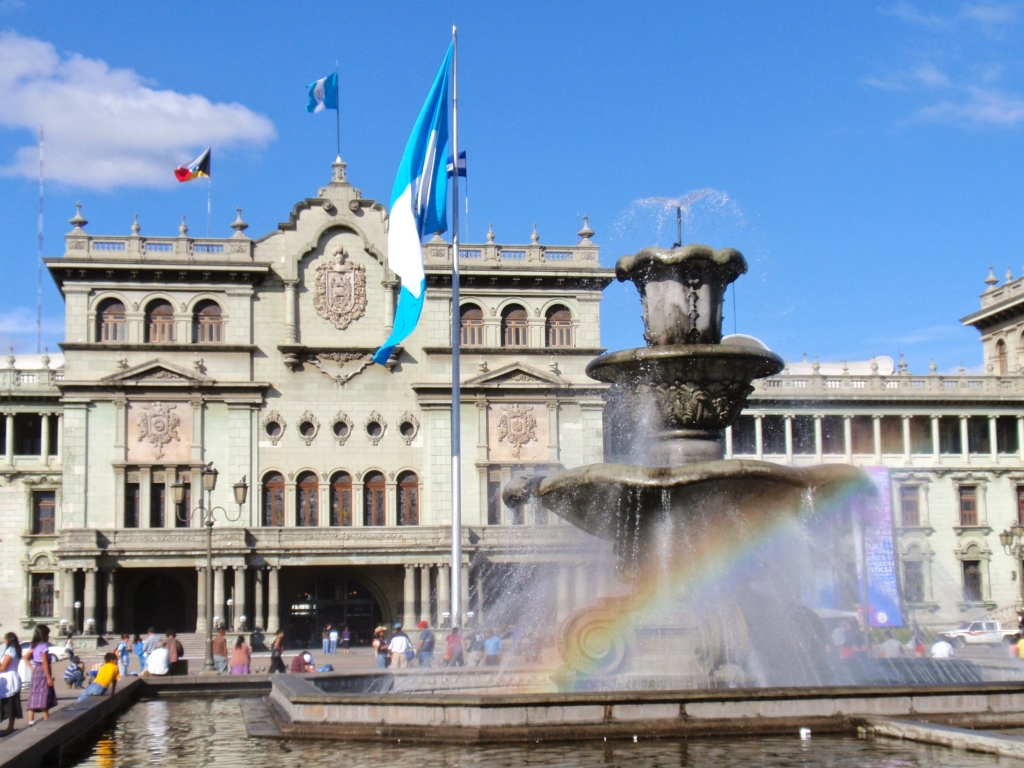 This upcoming September, eligible Guatemalans will be voting for several heads of state including President, Vice President, 158 Congress deputies, and 338 mayors.  With increasing rates of poverty, crime, and violence, the next wave of elected officials will play a major role in the country’s direction and future.  Perhaps the most important of these will be the selection of the president-elect and the agenda he or she pursues.  However, the pool of hopeful candidates (as can be seen below) appears less-than-ideal.  Some have even described the situation to be like picking between different types of cancer.  Either way, the end result is the same.

Although the outcome of the elections remains uncertain, it has been made clear by over two months of protesting, the people of Guatemala want their country back.  Atop the agenda for reform has been a push to end the government’s long history of corruption, violence, and poor governance.  After two months of protesting, thousands of Guatemalans have demonstrated their solidarity as citizens demanding honest and accountable representation at all levels.  Despite the seemingly bleak outcome of the 2015 election, many Guatemalans still remain hopeful that change is just around the corner.

Below is a list of the top three contenders for president.  Presently, none of them have the majority needed to win the election.  If no candidate receives 50 percent of the vote, a second run-off election will be held in October.

After losing the 2011 presidential run-off, multi-millionaire Manuel Baldizon has returned to the stage to once again campaign for the office of the president.  The self-appointed “champion of the elderly” targets the poor and aging populations, who make up the bulk of his constituency.  Despite a virtually absent political platform on which to campaign, Baldizon is able to garner significant support in much of the nation’s more rural areas where poverty rates are high.

Using his immense personal wealth and generous campaign contributions, Baldizon gathers support though “buying” votes.  LIDER political rallies, for example, are run like game shows.  “They give away just about anything you can imagine - even motorcycles,” told one Guatemala City resident.  All politicians make promises, but not all of them can deliver something tangible.  And in a country where half the population lives in poverty, something is better than nothing.

According to a wikileaks cable, in 2008 Baldizon bought select members of congress by paying them $61,000 USD apiece to join his party.  Also clouding his reputation is his rumored affiliation with the country’s drug trafficking organizations (DTO).  It is suspected that Baldizon receives significant financial backing from the country’s drug trafficking organizations since 90% of US-bound cocaine passes through Baldizon’s home department of Petén.  What Baldizon’s actual relationship is with the narcos remains unknown.

Despite his flagrant abuse of wealth and power, multiple campaign offenses, and shady backroom dealings, Baldizon has weaseled his way to be the front-runner of Guatemala’s September elections.

Another major contender in the upcoming election is the former First Lady, Sandra Torres.  In 2011, Torres became the focus of national attention when she divorced her husband, President Alvaro Colom, to “marry the people.”  Although Torres claimed the divorce was for personal reasons, it was widely understood that she was attempting to jump through a constitutional loophole that would allow her to campaign for president and succeed her ex-husband.  However, the Constitutional Court deemed her ineligible and suspended her from the 2011 presidential race.

To appeal to her younger audiences, Torres has revamped her physical image to appear more approachable as well as staying up to date with social media platforms like Twitter.  Like Baldizon, Torres also targets the rural poor demographic where she had a strong hold.  This is due in part to her administrative oversight of Colom’s widely popular (but ultimately unsuccessful) conditional cash transfer program that ran from 2008 to 2012.  Not surprisingly, the main selling point for Torres’ campaign has been to bring back the social programs to improve school retention and the health of poor Guatemalans.

President Otto Perez Molina of Partido Patriota has been under fire recently as a series of corruption scandals have been brought to light that resulted in the resignation of the vice president.  Perhaps even more detrimental to the party’s image was the subsequent withdrawal of PP presidential candidate, Alejandro Sinibaldi.  As the scandals continue to unfold, the Partido Partriota continues to struggle to uphold its image.  Finally in mid-May party leadership appointed third-string candidate Mario David Garcia.  Unlike Baldizon and Torres, Garcia has little name recognition and his grim demeanor is unlikely to win him a spot in the presidential office.