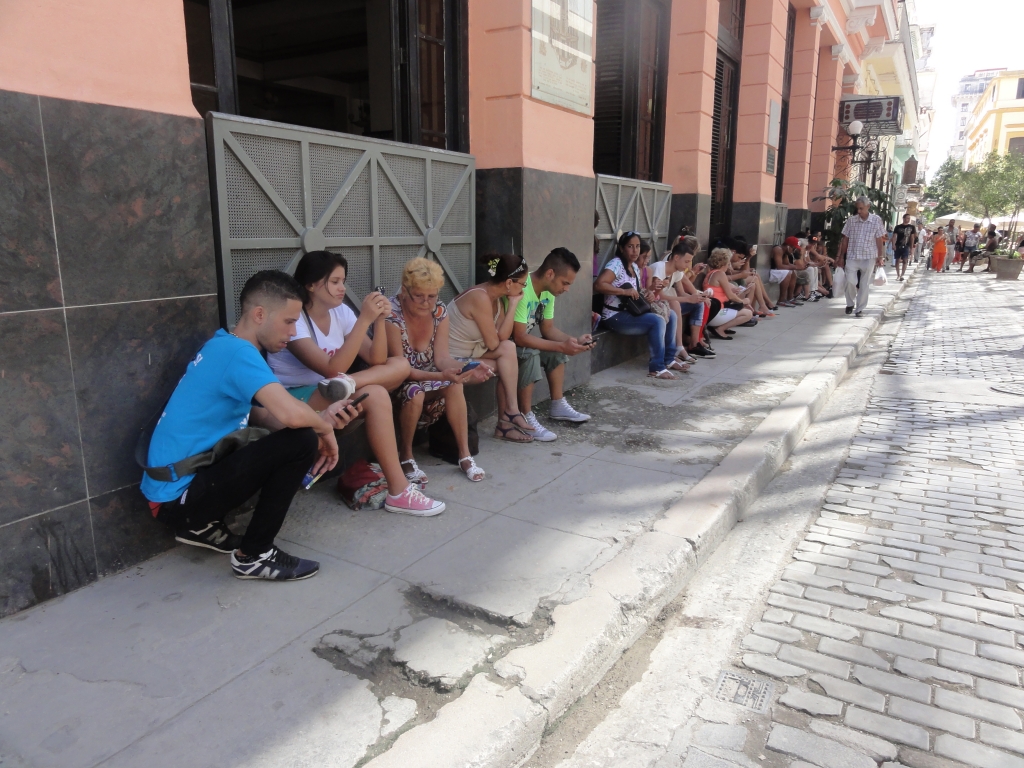 Around the world millions of people are exposed, even over-exposed, to messages and social media through the accessibility of their smartphone. Whether they are in a bus, in school, at work, or in the comfort of their own home. As many daily realities differ between the United States and Cuba, the benefit of unrestricted Internet access at our fingertips is taken for granted. In Cuba, in order for people to have access to the Internet they must purchase an access card from the state-run telecommunications company called Etecsa for about one U.S. dollar per hour. Instead of being able to surf the web wherever they want, Cubans must find public hotspots in parks or streets to use Whatsapp or post a photo on Facebook. Besides the glaring factor of inconvenience of not being able to use Internet wherever they want, this also puts people at risk of getting their phone stolen or standing in the heat of the sun for an extended period of time.

However, a rare phenomenon happened in Cuba on August 14th as Cubans experienced unrestricted access to the Internet… for nine hours. While it may seem like a small event, this could mean a societal transformation for the people in Cuba. On Tuesday, Etecsa conducted a trial run of internet access everywhere. While there were some issues of slowness and reliability, it was a big upgrade from the usual process to use the Internet.

It’s no secret that the Cuban government keeps a tight grip on all telecommunications and news outlets. Until 2008, a permit from the government was required to own a computer or cellphone. Even Internet access and Wifi hotspots weren’t available to the pubic until 2013. The history between Cuba and the Internet is complicated-- full of slow service and expensive access. Yet, the undesirable history could be changing after all.

These societal transformations are happening at a time of a deep-rooted change in leadership. In April, Miguel Díaz-Canel was elected president by a secret ballot in the Cuban National Assembly. It is the first time in six decades that a Castro is not leading the country. When elected, Díaz-Canel emphasized the need for greater availability to the Internet, stating “we need to be able to put the content of the revolution online.”Although still very dedicated to revolutionary ideas and to Raul Castro, the public may feel like this is the opportunity for bottom-up modern advances for Cuban citizens.

On the other hand, the United States government began their Cuba Internet Task Force initiative to “promote the free and unregulated flow of information in Cuba.” Given their history, it is not out of character for the United States to intervene in Cuban affairs. The complex history coincides with the recent tension between the Trump Administration and the Cuban government. It is ambiguous as to if the U.S. was involved in the nine hours of unrestricted Internet access by Etecsa, but it is an interesting coincidence.

The positive development regarding Internet access has left many Cubans hopeful for the future. According to a report by The New York Times, an executive at Etecsa told consumers that there will be a breakthrough in Internet accessibility in the near future stating, “everything is designed so that people can self-manage the configuration of the service. We are nearly ready.” Only time will tell if the Cuban government is ready to loosen their iron grip and embrace modern telecommunications--- the Cuban people seem ready.