The proliferation of democratic regimes in Latin America at the end of the 20th century shifted the focus of Latin American politics scholars to research questions relating to democratic development. The raising of these questions, and especially those related to political behavior, was accompanied by an expanded availability of data. One such area of study that has benefited from data availability and democratically-oriented research topics is that of media effects. Just as the media landscape was undergoing the tectonic global adjustment toward online production we were fortunate to be able to set a baseline for the consideration of how traditional news media relate to democratic behaviors among Latin Americans.

Research recently published in the Journal of Politics in Latin America presents my concerted efforts to establish an understanding of if and how news media consumption affects Latin Americans (Salzman 2015). This research grew from seminal research in more developed regions where various media effects were established through survey data analysis, experiments, and content analysis. In his landmark research “Messages Received,” Larry Bartels (1993) finds that the interplay between information receipt (via media) and opinions is more dynamic than the minimal effects observed before. Further research has refined our understanding of the relationship between news media and political behavior, with our certainty of the presence of media effects growing per project. For scholars of Latin American politics the body of research is enlightening, but the focus of that research in democratically and economically developed states left us near the empirical starting line despite our (presumed) advanced normative position.

The pool of political communication research in Latin America deepened in the first decade of the 21st century. Latin American media industries and journalism and their effect on political institutions and policies garnered attention (Fox and Waisbord 2002). The role of media productions in elections in single countries naturally drew the energy of researchers (Lawson and McCann 2004) as did their desire to understand political realities more prominent in Latin America, like populism (Boas 2005). And individual-level research began to expand (Perez-Linan 2002) to include attitudes like political interest (Salzman 2012). During this same time, the Latin American Public Opinion Project developed the AmericasBarometer data set. This compilation of survey data is exceptional for the quality of the surveys and the excellent sampling techniques. We are fortunate that among the exhaustive collection of political attitude and behavior survey items was a battery of questions that asked respondents to identify their news media consumption on a range from “never” to “daily.” The analysis of that data reveals statistically significant relationships between various news media and political behavior.

The Research Question and Expectations

News media productions of all kinds provide information about political phenomena and heighten the symbolic value of those phenomena, thus elevating the awareness and importance of political participation. The provision of information also facilitates participation by reducing the effort necessary to figure out how to participate. As a result, I hypothesize that “Latin Americans who consume more news media will report greater participation of all kinds that Latin Americans who consume less news media. (Salzman 2015, 77)”

To test the expectation that news media consumption relates positively to political behavior, I employed 2008 survey data taken from the AmericasBarometer dataset. I used data collected in 18 Latin American countries. The multiple regression analyses tested the relationship between four news consumption variables (TV, newspaper, radio, and Internet) and four political behaviors (discussing politics, voting, attending meetings of local government, and protesting). In addition to those primary variables, a series of control variables was included. Those controls were individual-level measures related to demographics, attitudes, and behaviors as well as macro measures of democracy, economic development, and communication technology per country of residence.

The results of the tests reveal a nuanced relationship between news media production types and various political behaviors. Table 1 shows the direction of the statistically significant results. Even a cursory review reveals some things of note. First, on the whole, news media consumption mobilizes political participation in Latin America. Second, not all news media consumption relates identically to each political behavior. For instance, there is only one statistically significant negative relationship and it is present for Internet use for gathering information and voting. This result is somewhat inexplicable, but there is reason to believe that information received online diminishes Latin Americans’ desire to vote because the potential voter sees the election as pointless. There is also a chance that it is a statistical anomaly based on the limited Internet users that existed in 2008. Regardless, it is the only result of the bunch that is opposite the hypothesized relationship.

Outside the Internet-Voting test, all other relationships were either statistically positive or absent. Each type of news media consumption is positively related to discussing politics. A reasonable finding given the temporal immediacy of opportunities to talk about politics. Except for using Internet to gather information, all of the other news media consumed are positively correlated with voting. Again, information and heightened importance from election-related reporting should inspire greater turnout among news media consumers relative to nonconsumers. For attending meetings of local government, all news media consumption is positively related to that behavior except TV news consumption which was insignificant. It makes sense that local meetings would not be covered on national and regional media like television. Likewise, local meetings could be highlighted in the newspaper, on the radio, and in Internet publications. Protesting is only related to radio news consumption and Internet use for the purposes of gathering information. It is interesting to think that those media enhance this less-than-traditional form of participation, but it is not surprising given the nature of information available on the Internet and the local orientation of radio broadcasts.

Going a step beyond identifying statistical correlations with directionality, predicted probabilities were computed. This is important given the long-held belief that survey data research illuminating media effects can only result in minimal effects (see Iyengar and McGrady 2007, 97). I believe that media effects should be more pronounced in developing political and economic systems like those found in Latin America. Predicted probabilities reveal that in some cases the effects are quite strong depending on the baseline consideration.

For the discussing politics model, the predicted probabilities of “never” discussing politics decreased significantly from their baseline when news media consumption was altered from its minimum value to its maximum: 14.3% for newspaper, 24.2% for TV, 30.9% for radio, and 37.3% for Internet. The probability of not voting when varying news media consumption from “never” to “daily” again reveals strong substantive effects: decreases of 25% (radio), 19% (newspaper), and 13.5% (TV) with an increase in nonvoting of 20% for Internet use. The substantive results for attending meetings and protest participation is more impressive.

Table 2. Predicted Probabilities for the Direct Model of Discussing Politics °

Survey Question: How often do you discuss politics with other people?

Table 3. Predicted Probabilities for the Direct Model of Voting with Internet News°


Survey Question: Did you vote in the last presidential election?

The base probability that a survey respondent would report attending a meeting of local government over the last year is 9.7% with each news media consumption variable set at its minimum. Varying news media consumption to the maximum level increases the probability of a “yes” response by approximately 50% (except for TV which is insignificant). For protest participation, varying Internet news consumption from “never” to “daily” changes the reporting of respondents sometimes participating in protests from 7.6% to 14.1%: a change of over 80%. The effect of varying radio news consumption in the same manner is less (7.6% to 11.5%), but it still exceeds 50% in its change from the base probability.

Table 4. Predicted Probabilities for the Direct Model of Attending Meetings°


Survey Question: Have you attended a town meeting, city council meeting or other meeting in the past year?

Table 5. Predicted Probabilities for the Direct Model of Protesting °

Survey Question: In the past year, did you participation in a public demonstration or protest?

The results of analyses lead to the establishment of a firm baseline when considering the effects of news media consumption in Latin America and a number of sweeping conclusions. First, news media consumption mobilizes political participation. There is a single instance of media malaise found in the results: Internet consumption for political purposes appears to negatively impact voting. Further testing is needed to determine the validity of that relationship.

Second, news media type matters. All news media consumption affects traditional participation like discussing politics and voting. But the nature of coverage matters as TV news broadcasts do not impact attending meetings of local government and neither TV nor newspaper are related to protest participation.

Third, the substantive effects of news media consumption are strong. Of course this depends on which response type you focus on as the increase in voting is much more marginal than the decrease in non-voting. Nonetheless the probability of participating politically can be grossly affected by varying news media consumption in my tests.

We are well on our way to understanding the role played by media in Latin American political systems. This research furthers that understanding to the point where we can say that news media can mobilize political behavior in a manner that is substantive.

Mann, Michael. 1986. A History of Power from the Beginning to A.D. 1760. Vol. 1 of The Sources of Social Power. Cambridge: Cambridge University Press.

Thompson, John B. 1995. The Media and Modernity: A Social Theory of the Media. Stanford, California: Stanford University Press. 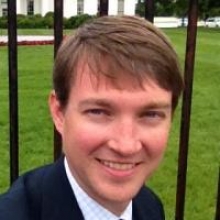 Ryan Salzman
Ryan Salzman is Assistant Professor of Political Science at Northern Kentucky University in the Department of Political Science, Criminal Justice, and Organizational Leadership. His scholarship focuses on the development of democratic individuals in Latin America, with a particular interest in understanding the effects of media use. Ryan received his PhD in political science from the University of North Texas and a BA in political science from Texas Christian University. He lives in Bellevue, Kentucky where he serves on the city council.