Leslie Acosta became the only Latina in the Pennsylvania’s House of Representatives in 2014, after she decided that “it was time to grab the bull by the horn and start doing meaningful things within the district.” A native of Puerto Rico, the social worker represents the 197th Legislative District in Pennsylvania, whose population is comprised of 53% Latinos and 44% African Americans. In her words, it is “a population that has been marginalized and underrepresented for a very long time.”1

On September 21, Acosta involuntarily made it to the headlines of national media.2

A recorded video showed that the Democratic legislator was unexpectedly but intentionally cut off in the state’s House of Representative when she was arguing against a bill that aims to make English the only official language in Pennsylvania. Acosta was making a comment against the bill before asking a question to Robert Vandervoot, a "white nationalist" who was serving as a witness arguing in favor of the bill before the committee. Suddenly, bill co-sponsor and committee chairman Daryl Metcalfe interrupted by claiming that Acosta was out of order and rapidly decided to turn off her microphone.

In an interview with Panoramas, Acosta said that Metcalfe broke protocol when he turned her microphone off, accused him of being a “bully” and stated that she will try to have the legislator reprimanded. “I think that Daryl Metcalfe is a bully. If you disagree with anything of his ideology, he cuts you off. He is always breaking protocols, this is not the first time,” she said. “He is not going to bully me, he is not going to silence me when I have the right to freedom of speech. I will push for two things. I want Daryl Metcalfe to be reprimanded by the speaker of the house for his actions, and I want an investigation for why a nationalist has come to a public discourse to be a witness in this issue.”

- It seems surprising that a “white nationalist” was invited as a witness. Don’t you think the witness should be some sort of expert instead of being an activist?

“A witness has to obviously be well-versed in the subject that he is talking about. With the witness there is a dialogue, an exchange of questions and answers. What I was trying to do when I was formulating my question was to discuss the unconstitutionality (of the English-only bill), to question from where he (the witness Robert Vandervoot) base his information, and to ask him about facts, figures, and numbers to justify that bill. That was where I was leading in my questioning to the witness.

He (Vandervoot) did not say anything. He just basically stated that he and the group that he supports are in favor of English-only."

- How would you describe Mr. Vandervoort?

“He is xenophobic, anti-latino, and anti-immigrant. He is associated with hate groups across the United States, and that has no room in a public discourse. We are in the twenty-first century now! We should not be entertaining this kind of public discourse in the House of Representatives.  I am appalled by the actions of the House of Representatives by allowing an individual like this gentleman that came to speak and testify, which divides our nation instead of uniting our nation. I think that Latinos and immigrants in the United States have the right to be protected.”

- What do you think about the English-only bill presented for the state of Pennsylvania?

“Here is the issue and the conflict that I have with this English-only bill. We know that English is the de facto language in the United States. The US does not have an official language. And there is a reason for that. But the bill is trying to challenge our freedom of speech, the first amendment, and it interferes with the fourteenth amendment (which addresses citizenship rights and equal protection of the laws).

I understand and am clear on the fact that to succeed in this country you have to learn English. When I came from Puerto Rico I had to learn the language and I had to assimilate. But one thing is to assimilate to the culture and another thing is to separate yourself from your culture, which is what this pro-English people are pushing for in the United States. You don’t only have to assimilate, but also abandon your culture. You have to forget about your past and embrace a new culture. It is unconstitutional, is disruptive, and it really does not help people coming to this country for an opportunity to succeed. It creates barriers instead of pathways.”

So really the idea behind all this is to destroy our culture, destroy who you are in essence. That is why I am totally against this bill. There is no other motivation that to say we are xenophobic, we hate immigrants in this country, and they should go back to where they came from, they are not going to be part of the American identity. I am totally against that.”

- The republican presidential campaign has been characterized by an anti-immigration and anti-Latino statements. Are these statements representative of a large portion of Republican voters?

“Absolutely, there is a large proportion of the Republican members in Congress who are behind this big anti-immigrant movement in this country.

This issue against immigration is overt racism, overt xenophobia, across the US that needs to stop, and people like myself and other state representatives in Congress and in other parts of the states have to take leadership in this issue.

I think the 2016 presidential election is an opportunity for Latinos to bring the attention of whoever is going to be the nominee for the Democratic Party to start representing some of the struggles and challenges that we have. Because we have the numbers, the strength and the people, without the African American vote and the Latinos’ vote, no candidate —I do not care whether it is a Republican or Democrat— can win the election.”

2. The incident was covered by the Huffington Post (http://www.huffingtonpost.com/entry/leslie-acosta-argues-against-english-only-bill-pennsylvania_56000f48e4b08820d9194950), the blog Think Progress (http://thinkprogress.org/immigration/2015/09/22/3704196/pennsylvania-english-language-only-bill/), and Fox43 (http://fox43.com/2015/09/29/controversial-pa-house-bill-leads-to-confrontational-response-between-lawmakers/), among others. 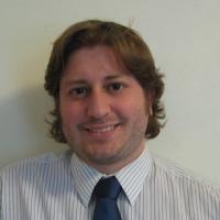 Ignacio Arana
Ignacio is a postdoctoral fellow in the Institute for Politics and Strategy at Carnegie Mellon University. His research interests center on Latin America and include presidential behavior, constitutional change, judicial politics, informal institutions, executive-legislative relations, and elections. He has published articles in the Journal of Legislative Studies, Latin American Politics and Society, Latin American Perspectives and Política. Before entering the Ph.D., he worked at the international desks of the newspapers El Mercurio (Chile, 2002-2008) and ABC (Spain, 2008). He can be reached at www.ignacioarana.com. Webpage: http://www.ignacioarana.com