Eliminating the Secret Vote in Brazil

Greater Accountability between Representatives and Citizens?

"There is no room in the Brazilian parliament to obscurantism of shame and hidden decisions," remarked Henrique Eduardo Alves (Partido Movimento Democratico Brasileiro (PMDB)-Rio Grande do Norte), president of the Chamber of Deputies. Finally, on November 28, as Congress announced eliminating the secret vote, proponents could celebrate a victory in ensuring transparency in proceedings of the Brazilian Congress. However, the change only managed to highlight which obscurantist behaviors ought to provoke reactions of shame among members of the Brazilian Congress. For those who study democratic politics, it should also highlight differences in the ways leaders can be held accountable for their actions.

That day, Congress enacted an amendment to the Constitution that eliminates secret voting, applying most clearly to impeachment proceedings for deputies and senators and analysis of presidential veto sessions. This change reflects the end of two secret voting procedures in Congress, enhancing transparency in the body. However, this change does not increase accountability in a way that we typically associate with making legislators more responsive to voters. It instead enhances accountability between governing powers more than between the electorate and representatives.

The amendment makes public how representatives respond to corrupt politicians in their ranks, but does not increase transparency in the act of approving (or rejecting) legislation. Like most Latin American legislatures, the Brazilian Congress rarely practices roll call voting on laws, often allowing voice votes – a simultaneous aye or nay – to determine voting outcomes. Audits of this procedure are limited to prevent those opposed from creating procedural delays. Voice votes can easily limit the extent to which citizens can monitor how their representatives are doing their jobs, and whether they are doing so to their satisfaction as they consider reelection. Because of this, the true “secret vote” in the Brazilian Congress is the routine occurrence of the voice vote in procedures.

The change comes after the chamber of deputies chose in secret to acquit Representative Natan Donadon (PMDB - Rondônia), arrested on embezzlement and conspiracy charges and sentenced by the Supreme Court, making him the first deputy in office imprisoned under order of the Supreme Court since the 1988 Constitution was enacted. This led to protests (pictured) in June promoting the end of the secret vote in Congress. (Guerreiro, 2013) 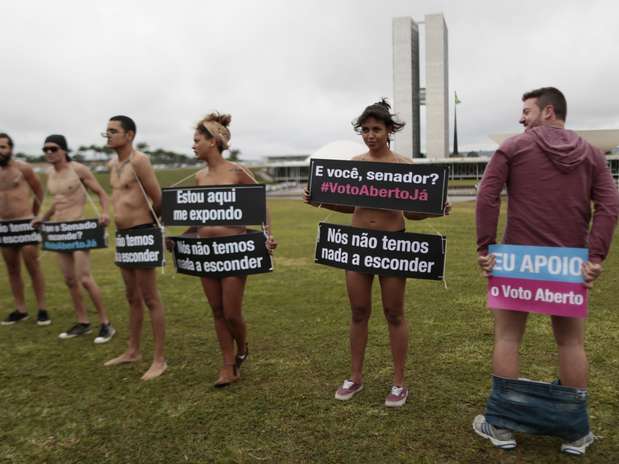 Protests in front of the National Congress of Brazil, Brasilia:

Nós não temos nada a esconder – “We don’t have anything to conceal.”

The Privilege of Secrecy

Congress rarely wants to give up a privilege. Renan, current Senate president abandoned presidency of the Senate in 2007 following charges of: breach of congressional decorum, having expenses paid by lobbyists and contractors, and peddling influence. His acquittal in the Senate came by secret ballot. (Mendes, 2013)

“What shame, Senators”: protestors respond to the Senate absolving Renan.

The open voting amendment was enacted in an empty session of Congress, with only four senators and two deputies present. The enactment occurred in the fourth recent attempt to remove the secret vote; other recent proposals lacked the necessary votes in second-round voting in the chambers.  (Guerreiro, 2013) This successful attempt reflects a partial reform in secret voting, though the nature of the constitutional change – elimination of the words “secret ballot” from voting procedures – left unclear whether it eliminated the secret vote on executive branch appointments, chairmen of the Chamber of Deputies and Senate, and officers of both houses. (Guerreiro, 2013)

Regardless of the outcome on the appointment process, Congress preserves the privilege of routinely using the voice vote to obscure individual voting behavior on the floor. The voice vote allows a “security through obscurity” form of governance to occur: votes take place in public, but with rather limited auditing, reducing the ability of citizens to determine how their representatives voted.

The protests of summer 2013 showed a population discontented with the cost of living increases that have occurred that make living in Brazil more expensive. Making such votes transparent by roll call would benefit citizens who wanted to hold elected representatives accountable for inflation as the country conducted fiscal expansion over the past decade, or accelerated its pace by hastening public works construction activities in 2011.

The Mensalão Scandal and Accountability

The Mensalão scandal came to light in 2005 during Lula’s first term in office. Several members of the PT’s inner circle, including his mentor Jose Dirceu, were implicated in the process of distributing R$164 million ($72 million) to members of minority parties that comprised Lula’s governing coalition. The scandal led to resignations from many involved, though while it drastically affected the composition of the Casa Civil, it never reached Lula. (Flynn, 2005) It managed however to expose greater irony in the political system: to maintain a coalition of political support, the PT opted to bribe other minority parties with regular payments for their political support.

The Brazilian political system limits the presidential party from holding a majority in Congress. It is also a system with poor party discipline- parties often have defectors who fail to vote in line with the declared preferences of their leadership.  To build coalitions to pass initiatives, incentives exist for sponsors of legislation to earmark pork barrel spending in legislation to benefit these defectors and bring them back into the ranks of supporters. The PT, under 20 years of Lula’s leadership, had vehemently criticized the distribution of pork to win votes, championing a clean system. (Flynn, 2005) Mensalão exposed a cynical way of avoiding pork to produce “clean” bills.

Now, with four Congressmen convicted in Mensalão facing impeachment and public pressure from the embarrassment of rejecting Donadon’s impeachment, the time had arrived for the body to exercise a means of holding other members accountable. The public votes will make it more difficult to excuse the behavior of the deputies and should result in their censure.

This horizontal form of accountability – between governing powers representing the country – is a desirable facet of a functioning democracy.  Determining who should and should not participate in the process of governing is particularly important in light of scandals, especially when legislators are convicted. Yet the focus is on punishing those who are convicted of violating the rules affecting political influence.

Greater vertical accountability – between citizens and their representatives – would come from Congress abandoning regular behavior that provides the privilege of security through obscurity. Such a change may reduce incentives for pork-seeking politicians who are incentivized in the current system, since both party leadership and voters could better monitor how representative vote and respond when they defect. This could also reduce incentives for truly cynical forms of coalition discipline such as the Mensalão.

The opening of the secret vote was more a matter of horizontal accountability than it was one of vertical accountability, because it punished representatives convicted of corruption. Transparency in government is positive, particularly when related to removing corrupt politicians from the system. But since eliminating the secret vote is less related to the ways that Congress makes public their votes on legislation, it will not really change the relationship between voters and their ability to monitor representatives as they make rules to govern the country. The current practice of obscurantism sets up incentives for defection and more shameful behavior such as corruption. Protesters would benefit from advocacy efforts to make more votes identifiable in Congress, enhancing vertical accountability between representatives and citizens. 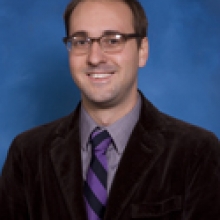 Chris Belasco
Chris Belasco, PhD is a recent graduate of the University of Pittsburgh Graduate School of Public and International Affairs (GSPIA). His doctoral research comparatively evaluates the politics, design, and electoral payoff of targeted social programs in Latin America. He holds an MPIA from GSPIA and a BS in Information Science and BA in Sociology from the University of Pittsburgh. He is the Research and Analysis Coordinator at the Ford Institute for Human Security.