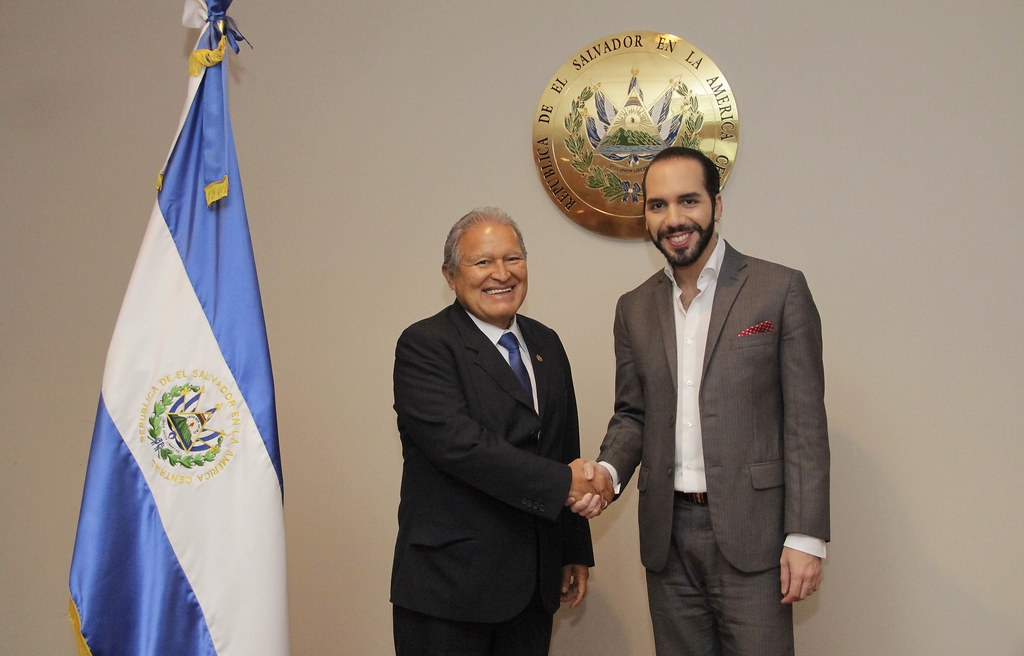 Various countries in Latin America are currently struggling with a conflict of legislative-executive power. This dispute between the legislature and executive commonly tests the structure and framework of the constitution and questions how much power each body can exert. Two weeks ago, the President of El Salvador was accused of an attempted coup due to an alleged interference with legislative duties. This accusation came about after he entered the National Assembly with military and police during a vote on one of his proposed loans. His actions have been described as intimidating, alarming, and a breach of executive power.

The current President of El Salvador, Nayib Bukele, was elected in 2019 and took office last June. He ran with the conservative, center-right party Grand Alliance for National Unity (GANA), and is the first candidate from the GANA party to win the presidency. Prior to his win, the former presidents of El Salvador had come from two major political parties: the Farabundo Marti National Liberation Front (FMLN) and the National Republic Alliance (ARENA). The FMLN is a leftist political organization that formed during the Salvadoran Civil War, while ARENA is a conservative right-wing political party. Bukele was initially a member of the FMLN, but was expelled from the political party after he was accused of promoting internal division and defamatory acts against the party in 2017. Previous to his presidency, Bukele served as a left-leaning mayor of the municipalities, Nuevo Cuscatlan and San Salvador. His presidential campaign was based on his movement, Nuevas Ideas, or New Ideas, which rejects the current political system in El Salvador. This has become common rhetoric by populists, who try to gain support by opposing the status quo. During his time as president, Bukele has shown more center-right politics, including his decision to distance El Salvador from Venezuela and recognize the self-proclaimed interim president of Venezuela, Juan Guaido. This move follows other countries, including the United States, who refuse to acknowledge Nicolas Maduro as the President of Venezuela.

Bukele’s issues as president have come from the conflict between himself and the legislature. His progress as President has been stunted because his party lacks a majority in parliament, making it tremendously hard to pass his proposals. “Bukele's right-wing Great National Alliance (GANA) party and allies control only 11 of the 84 seats in the National Assembly. ARENA has 37 lawmakers” (Reuters 2020). Following ARENA is FMLN with 23 of 84 delegates in the legislature. The lack of support for his party in the National Assembly requires that GANA works with either ARENA or FMLN in order to pass policies. The cooperation between the parties has not been successful, which has frustrated the new President.

This constitutional dispute began over a $109-million loan to “better equip the country's security forces” (Associated Press 2020). The Bukele administration has stated that the loan would allow the military to increase its resources, including helicopters, police cars, uniforms, and a video surveillance system (Associated Press 2020). This loan is part of Bukele’s Territorial Control Plan in response to El Salvador's crime rates and gang violence, which caused El Salvador to have one of the highest homicide rates in the world in 2019 (Human Rights Watch 2020). The Territorial Control Plan seeks to increase enforcement and decrease the prevalence of gangs. Bukele had called for the legislature to vote on his proposed loan. However, the legislature refused to meet to take a vote on the bill, as they wanted more information regarding how the country would fund the plan.

On February 9th, Bukele entered the National Assembly with the military and police forces after he called on the legislature to take a vote on a military loan. Bukele used Article 167 of the Salvadoran constitution to call the legislature to meet to vote on the loan. According to the North American Congress on Latin America, Bukele then tweeted, “If the deputies do not attend they will be breaking with the constitutional order and the people will have the power to apply Article 87 of the Constitution” (Goodfriend 2020). Article 87 of El Salvador's Constitution gives the people the right to insurrection, or uprising, in order to reestablish constitutional order. After the legislators did not respond, Bukele then sent police members and military figures to “strip the deputies of their government-assigned security detail” (Goodfriend 2020). This intimidating tactic came in conjunction with the state security forces surrounding and entering the National Assembly. He had also asked supporters to protest in favor of the loan.

The strong opposition in the legislature labeled his moves as “an act of intimidation and accused the president of acting like a dictator” (Neuman 2020). This has caused many to compare Bukele’s tactics to the military dictatorship that led El Salvador from 1979-1982. In a perfect democracy, the executive would not have any influence over the decisions of the legislature. The reference that this act is indicative of a dictator has triggered a response from Bukele in which he stated, “If we wanted to press the button, we would press the button” suggesting that he could remove the legislature if he wanted, but that, “I asked God and God told me patience, patience, patience” (Ceuman 2020). He has given them a week until February 28th, 2020, to approve the loan. However, Bukele has implied that he is not worried, referencing the future legislative elections that will be held in 2021. He also continues to have the support of the armed forces and the national police.

In response to his actions, social movements and organizations have rallied against his actions. On Saturday 15th, 2020 a vigil for peace was held in the capital, San Salvador. Amon the protestors include the National Alliance Against Water Privatization, the Roundtable for Food Sovereignty, and many feminist groups. The FMLN political has responded by filing a suit with the Supreme Court, Attorney General’s Office and international organizations (Goodfriend 2020). Even members of the GANA party have stood against his action.However, Bukele has remained strong, promising to fight the gang violence and terrorist organizations that he says are linked to congressmen. This move has come as a surprise to many, as he remained highly popular in the polls six months into his presidency.

Bukele’s action follows that of Peru of this previous year. In Peru, the interim president Martín Vizcarra dissolved the Peruvian legislature after they refused to pass his anti-corruption reforms. Though these are very separate and distinct events with their own historical context, it reveals a larger clash between the executive and legislature that has been especially prominent in several countries recently. Even in the United States, we have seen the conflicts between executives and oppositionist legislatures. The new case of El Salvador is likely a result of the hyperpolarization of politics that has been so prominent in this past decade.