Ecuador’s Coming Runoff Election: Following the Trend to the Right? 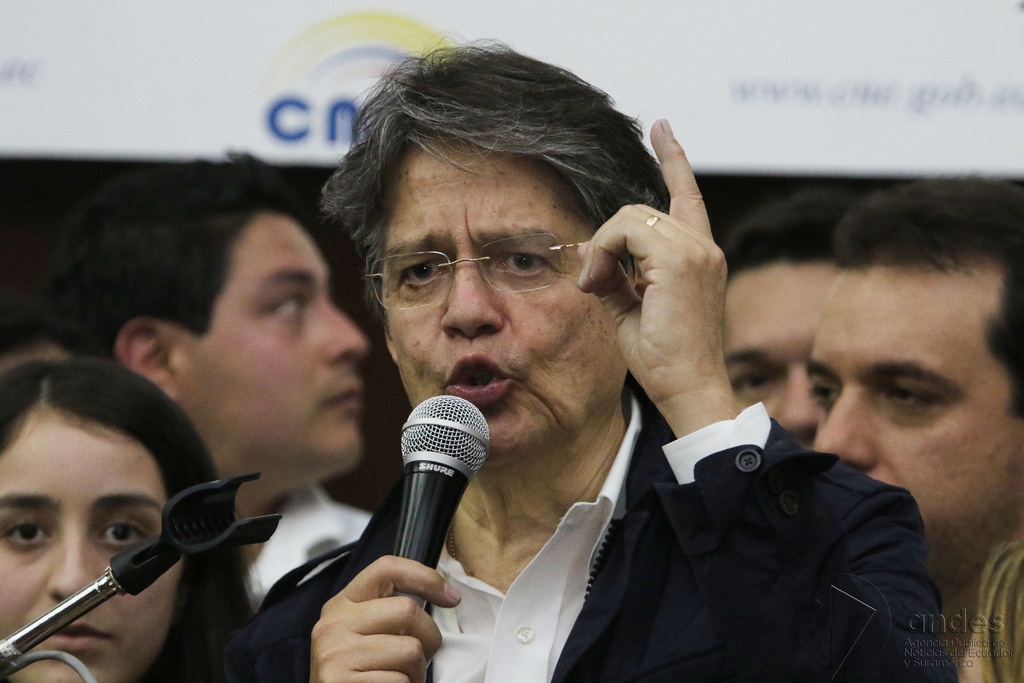 When Ecuador held an election to choose their next president in mid-February, candidate Lenín Moreno had a clear advantage over the seven other contenders, with over 10% more of the vote than the runner-up, Guillermo Lasso. But when Moreno’s final share of the vote, at 39.36%, came up just short of the 40% needed to win, it became clear that a runoff election would be needed. Suddenly a victory by Moreno was not such a sure thing, and polls started to point to a possible triumph by rival Lasso. The election has not only Ecuador but the whole of Latin America on the edge of its seat: If conservative Lasso does come out on top after the runoff election on April 2, Ecuador would follow Argentina, Brazil, and Peru in swinging to the right, cementing the continent’s trend away from left-leaning governments.

The election is also a test of current president Rafael Correa’s legacy, which is built on his leftist model that ushered in a period of economic growth in Ecuador. Founder of the reigning Alianza Pais (AP) party and leader of the “people’s revolution” that brought a 12.5 percent reduction in poverty between 2006 and 2015, Correa enjoyed high popularity throughout most of his presidency. In the past two years, however, the drop in oil prices has slowed Ecuador’s economy significantly, resulting in a rise in anti-Correa and anti-left sentiment.

As Rafael Correa’s ten-year rule comes to an end, his possible successors both promise change. His ally and fellow AP member, former vice president Moreno, has framed his candidacy as a “de-Correafication” of the governing style of Ecuador’s head of state. This includes promises to lead with a more conciliatory approach and an emphasis on open dialogue, in contrast to Correa’s assertive and often confrontational manner, as well as replacing Correa’s hardline post-neoliberalism with greater flexibility that can meet the demands of varying sectors. However, Moreno confused many Ecuadoreans, especially supporters of the AP, with his de-Correafication discourse, as he ceased to emphasize important AP buzzwords such as “revolution” and “national sovereignty.”

Regardless of the way Moreno framed his campaign, his fundamentally leftist principles are causing Ecuadoreans hungry for a big change to turn elsewhere. Moreno’s challenge will be to defeat a previously divided opposition that will now rally together behind Lasso. In the first round, various conservative factions threw their support behind seven different candidates, including Lasso of the Alianza CREO-SUMA Party as well as Cynthia Viteri of the Social Christian Party. This time, though, Lasso will have the support all of these factions, which very well could result in a victory by the opposition.

Lasso, president and majority shareholder of the Bank of Guayaquil and a member of the far-right Catholic movement Opus Dei, has built his campaign on the proposition to massively slash taxes and on criticism of Correa’s administration, calling him “authoritarian” and accusing him of intolerance towards political opposition. Lasso himself faces plenty of criticism, though. Many consider the banker elitist and worry about his connections to Ecuador’s worst-ever economic crisis. Lasso was Ecuador’s minister of finance and energy at the turn of the century, during a massive banking scandal that led to the forced migration of three million Ecuadoreans. Lasso and his bank made millions of dollars in profits following then-president Jamil Mahuad’s decision to freeze all bank accounts in the nation for a year. Lasso resigned just before Mahuad was ousted by a people’s uprising and fled the country.

This and other corruption scandals have stained Lasso’s reputation, the most recent of which surfaced on March 17 when Correa announced that Lasso is now under legal investigation for connections to offshore tax havens where he used false names. Even so, he may well win the runoff election with the support with other opposition parties, especially the influential Social Christian Party to which he has close personal and political ties, having been a strong ally of important PSC member Jaime Nebot in the past. The election on April 2 will determine whether Lasso can win despite his image, and whether Ecuador will follow the growing global trend of replacing leftist leadership with the right.