Democratic Politics and Social Welfare in the Southern Cone: a Comparative Analysis

Democracy does not ensure progressive welfare outcomes: yet, in Latin America such outcomes have been more common under democracy than under authoritarian governments or governments that strongly limit political and economic freedoms.1 I examine the cases of Uruguay and Paraguay to illustrate and qualify this position.

When competitive checks and mechanisms are absent, politicians have fewer reasons to defend egalitarian social arrangements and are more inclined to allocate social assets to personal or private ends, thus endorsing or intensifying political and social inequality. In Paraguay, General Stroessner’s dictatorship, inaugurated in 1954, handled political power by means of the hegemonic Colorado Party: under the deceitful appearance of an “institutionalized democracy,” he exploited the party to control and liquidate political enemies.  A “predatory state” was established, characterized by restricted political access, and authority was applied to curb economic competition and generate rents to the benefit of small minorities. In Uruguay, on the other hand, where democratic foundations became consolidated, reformist political parties emerged and pushed for more equitable income redistribution. Thus, the Colorados, inspired by President José Batlle y Ordoñez, dominated when the social security system was first established in the 1910s, and in the 1948–54 period when it was expanded and reorganized.

Political differences in the two countries are matched by great diversity in social welfare. Public expenditures for health, education and social welfare have been consistently higher in Uruguay than Paraguay, both in absolute and relative terms.  From 2006 to 2007, for example, public social expenditures exceeded 21 percent of GDP in the former country, while in the latter they barely reached 9 percent. Uruguay has been one of the least unequal Latin American countries from 1970 to 2010, and inequality declined over the period, whereas in Paraguay inequality remained substantial, with a Gini value standing at 0.53 in 2010. Further data on the final allocation of social expenditures show a similar picture. In Uruguay, 69 percent of the population was covered by health insurance in 1980; over 95 percent in 2000; and 97 percent by 2010. Only 18 percent of Paraguayans, on the other hand, benefitted from this insurance in the mid-1990s, and slightly over 23 percent in 2010. In Uruguay, 84 percent of the economically active population had access to social security in 2008, while in Paraguay merely 13 percent enjoyed a similar condition. In 2000, no more than 22,550 people received retirement or invalidity pensions in this country, while the equivalent figure was over 400,000 in less densely-populated Uruguay.

Yet, the impact of democracy on social welfare is tightly intertwined with a host of different factors, as the formal or informal nature of the labor markets, the nature of economic development and its sustainability over time. When most of the economically active population is formally employed, pension schemes based on occupation or health insurance covering dependents may be very valuable and deliver broad coverage. However, if workers are largely unemployed, self-employed, or employed in the informal sector, that same arrangements can be restrictive and provide protection basically to already advantaged minorities. Differences in this respect are glaring, once again: in Uruguay, 34 percent of the urban population was working in the informal sector in 1981. This proportion grew to 40 percent in 2004, but dwindled again to about 25 percent in 2011. In the early 1980s, workers in the informal sector added up to about 49 percent of the urban employed in Paraguay. Current estimates range from 60 to 70 percent of the employed, for urban and rural settings respectively.

The model of economic development is also key. In Paraguay, a policy of import substitution industrialization was never initiated and manufacturing was stagnant even between 1974 and 1981, a period of remarkable economic growth. In fact, modernization applied especially to agriculture and expansion particularly affected modern agribusiness and public employment. Foreign trade was superseded by black markets controlled by the military and driven by smuggled goods. While the middle class grew slightly in urban settings, primarily from public employment and the tertiary sector, the urban working class shrunk, as manufacturing decreased as a percentage of the economy. In the end, a business class was generated in the countryside, made up of reliable military and civilian bureaucrats, recompensed by the regime with huge amounts of land. From their echelons sprang a modern entrepreneurial class, which exploited state connections to invest in other sectors, creating complex interactions among financial, farming, construction, industrial, and transnational sectors. In sum, the regime awarded certain social groups privileges and public jobs in exchange for loyalty, while even the most modern economic sectors were not well equipped, or easily available, to manage internally based development schemes.

In Uruguay, on the other hand, a longstanding import substitution model arose, based on urban, formal sector employees, and characterized by stratified and unequal social inclusion: in most cases, state and key sector employees achieved earlier access and gained more comprehensive advantages, whereas blue collar workers joined later and obtained less complete protection. Conversely, rural workers and the informally employed were left out from both the new development project and from social security. This model gradually exhibited its limits: the repeated transfers to unprofitable public companies had negative fiscal consequences, strengthened by the weak tax base existing in the region. As a result, many policymakers accepted a “neoliberal reform” program, which intensified the bond between individual social contributions and benefits, boosted the role of private welfare providers, improved supervision of public spending and policies, and targeted social disbursements in favor of the least advantaged.

The emergence of domestic constituencies, shaped by social welfare policies and able to exercise a veto power over additional policy changes, critically affects these processes. Thus, organized pensioners fought in Uruguay against both privatization of the public pension system and further redistribution to the least advantaged, while teachers’ unions in Paraguay mitigated the education reform promoted by president Duarte. Likewise, the success of the pensions’ reform approved in Uruguay in 1995, integrating private companies and a complementary capitalization arrangement for the upper-income sectors, was assured by the extensive participation of a crucial veto player, left voters: in a short period of time, 45 percent of left-wing voters, actually a higher percentage than other parties, joined some of the new private funds administrators. This way, the left had half its constituents as stakeholders in the new system: when the Frente rose to power in 2005, it did not fundamentally oppose the amended system, which it had previously challenged.

The circumstances of reforming the pension system in Uruguay also suggest that the policy preferences of political parties have become progressively less predictable, less linked to ideological differences and decisively shaped by democratic competition, economic and financial restrictions, and inheritances of earlier welfare types. Conservative and more traditional parties, for instance, have tended to resist implementing neoliberal reforms and adopted welfare policies that upheld established social rights, in particular whenever welfare entitlements and provisions were widely disseminated in society. Thus, by way of a popular referendum, Uruguayan pensioners demanded in 1989 the indexing of pensions to the mean wage and adjustment timings linked to raises for state officials. Politicians from the conservative Blanco party, worried about the loss of the pensioners, either sponsored the referendum or did not take a position. In short, the existing welfare system enjoyed wide political backing, not only among organized stakeholders, led by the leftist Frente, but also from the broader electorate. Politicians bent on reorganizing welfare arrangements had to reckon with both. The electoral consolidation of the Frente, on the other hand, entirely transformed this strategic interaction. With the novel party system, a paradox arose in favor of the left opposition: the latter rejected reforms to the long-established system of social protection and endorsed increased funding. In this manner, the Frente undermined macroeconomic stability and the traditional parties in power, in turn, were forced to adopt unpopular policies that further strengthened the electoral chances of the left opposition. As a result,  Blancos and Colorados entered into a new programmatic alliance: in 1995 they adopted a comprehensive pension reform, partially inspired by neoliberal thinking, that would yield benefits later, rather than permitting their political opponents to profit from their disagreements.

In less democratic Paraguay, a pension reform was also introduced, shaped by different political dynamics, especially its lingering predatory state condition. Challenged with a reduction of rent-based resources, the predatory state has to obtain alternative assets or face opposition to its rule. Duarte had to promise to restructure the pension system, in order to receive what had become vital financial support from the International Monetary Fund, but avoided harming the most influential party constituencies and minimized the social costs. In effect, the established base of Colorado support, the police and the army, maintained a particularly privileged condition: while academics and public officials still needed 30 and 40 years of contributions to retire, members of the police and the armed forces only required 10 and 15 years.

In conclusion, understanding the remarkably different versions of the welfare policies implemented by the two countries requires an investigation of democratic politics, but also of political interests and rules, economic conditions and development strategies, together with a thorough assessment of their redistributive consequences. 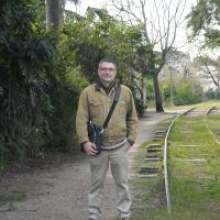 Davide Grassi
Davide Grassi is Associate Professor of Political Science at the University of Torino. He is currently investigating democratic transitions and their consequences, by means of both qualitative and Configurational Comparative (CCM) methods. He has published books on the topic of democratization in the major areas of the world and several articles on various national and international Journals, such as Journal of International Relations and Development, Latin American Politics and Society, Swiss Political Science Review, Revue Internationale de Politique Comparée and Rivista Italiana di Scienza Politica.