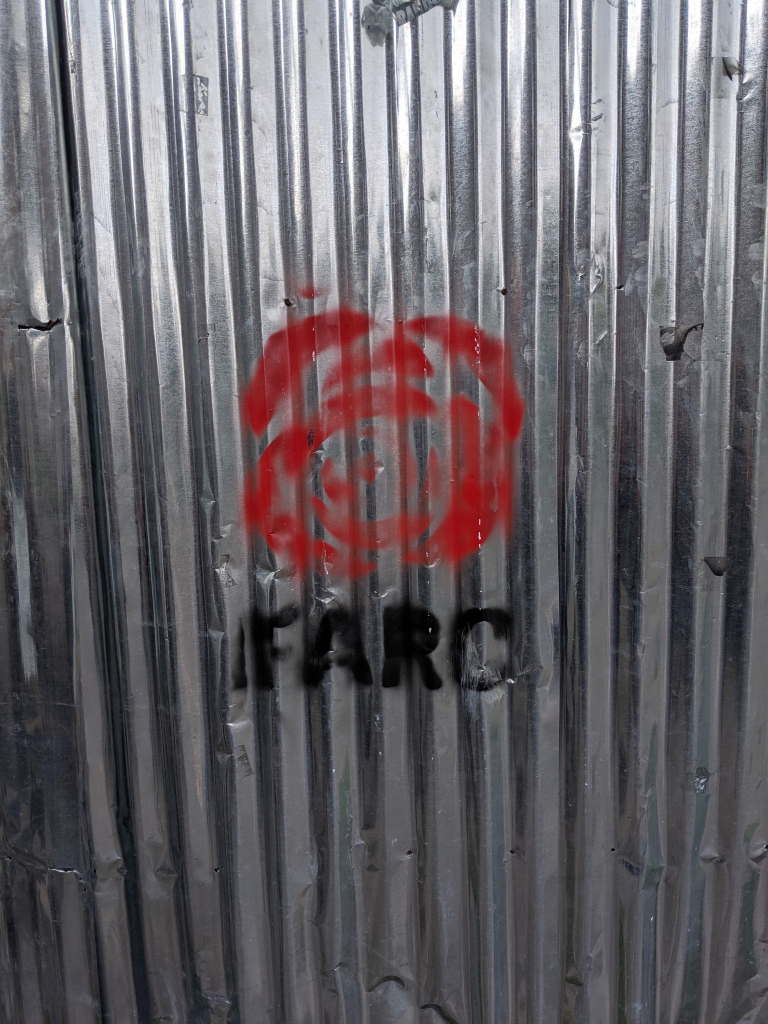 In 2016, the Colombian Revolutionary Armed Forces (FARC) signed a controversial yet promising peace deal with Colombian President at the time, Juan Manuel Santos. Following the deal, the FARC began to go through the post-civil conflict process. The process involves three steps: Demobilisation, Disarmament, and Reincorporation. Three years later, approximately 13,000 ex-guerrilla combatants are going through the reincorporation process. Around 3,250 of the ex combatants are living in 24 different reincorporation camps with over 8,500 living in areas surrounding the reincorporation camps (Grattan, 2019).

The peace process has had its fair share of difficulties. For starters, the deal was very controversial with the Colombian population split nearly evenly in terms of their stances on the deal. The Colombian government was divided among the issue as well. With the recent presidential election of Ivan Duque, one of the deal’s most vocal opponents, many fear for the future of the peace deal. However, it isn’t simply politics at the source of complications with the peace deal. The United Nations reports that 137 ex-combatants have been killed since the signing of the deal (Grattan, 2019). Additionally, 627 activists involved in implementing the movements that are part of the peace deal were murdered since the signing of the deal as well (Daniels, 2019). On Thursday, August 29th, the peace deal was once again tested, this time for a much more concerning reason.

The FARC released a video featuring ex-FARC leaders Iván Márquez and Jesus Santrich standing alongside 20 FARC combatants dressed in green military uniforms with automatic rifles— a far cry from the white button ups the two wore to represent the historic peace process at the signing of the peace deal (Taylor, 2019). Márquez announced a call for a new stage of fighting in the video, while standing in front of a sign that read “As long as there is a will to fight there will be hope for victory” (Ingber, 2019). The video appeared to have been taken at a new guerrilla camp, hidden somewhere in the Amazon Rainforest. The reason for this new call to arms, according to Márquez, is that “the state has not fulfilled its most important obligation, which is to guarantee the life of its citizens and especially avoid assassinations for political reasons”. Márquez had previously been vocal about his belief that the FARC were too quick to give up their arms without proper or sufficient guarantees for the safety of ex-combatants (Ingber, 2019). Following the killings of over a hundred ex-combatants by unknown killers, the rationale behind Márquez’s disapproval with the current status of the peace process is understandable. In claiming that the government has not held up their end of the peace deal, many combatants are understandably angry. Additionally, the FARC were fighting an ideological fight for their Marxist beliefs (Yalor, 2019).  Despite a guaranteed seat in the presidential elections for ex-FARC leader Timochenko, many FARC members still feel that the ideological fight for which the FARC was initially created has not been defeated, or given adequate political representation.

In response to the video, Timochenko reasserted his stance to support the peace deal, however it appears that the FARC, or perhaps a new version of the FARC will be disregarding the peace deal without the support of their former leader. Márquez and Santrich are leading what security forces estimate are about 2,200 new guerrilla soldiers (Daniels, 2019). The pair announced that they would be working with the last major remaining guerrilla group in the country, the National Liberation Army (ELN). The ELN were initially in the process of peace talks, however, the talks were halted indefinitely as several ELN attacks to Colombian infrastructure were organized throughout the country, including the deadliest terrorist attack in Colombia’s capital in decades, where a car bomb killed 22 people (Murphy, 2019). ELN leader, Comandante Uriel, stated that the FARC’s call to a new stage of war was predictable, and that the joining of the two guerrilla groups is “better late than never” (Ingber, 2019).

Former President Santos tweeted on the day the video was released that “90% of the FARC is still in the peace process. We must continue to comply. The defectors must be fought with all force… The battle for peace does not stop!” (Daniels, 2019). Santos is correct that a large majority of FARC ex-combatants are still in support of the peace deal. Many have started new lives and started families. A demobilized ex-FARC combatant in Bogotá, Manuel Bolivar, told the Guardian that “Peace is the way forward… It has brought us reconciliation and forgiveness” (Daniels, 2019). Another ex-combatant living in Putumayo explained that “We respect the position of our brothers Márquez and Santrich, but we have made a bet on peace and we are going to see it out” (Daniels, 2019).

Strong supporters of the peace deal blame the failures of the deal and the new insurgency on Duque’s administration and the stricter modifications he plans to make in terms of punishing ex-combatants. Negotiators of the peace deal, Humberto de la Calle and Sergio Jaramillo issued a statement as a response to the video saying that “again and again, we told the government that its permanent attacks on the peace process and the risks to legal stability that come with it, could push commanders to make the wrong decision” (Taylor, 2019). Critics of the peace deal say that the release of the video only confirmed their fears throughout the peace process, that the ex-combatants would be unable to adjust to a life of non-violence.

Regardless of the causes of the FARC’s new call to arms, the consequences are clear. Not only will the joining of the FARC with the ELN create a much stronger and organized guerrilla group after what was hoped to be an end to the guerrilla violence that has plagued Colombia for half a century, but the thousands of ex-combatants who are still supporting the peace deal and continuing with the peace process will face much harsher transitions into society tainted by the actions of a small percentage of new insurgents.