Sweeping electoral reform of the sort approved by Chile’s senate on January 14 is rare in politics. Electoral systems produce winners and losers, and those who benefit from the previous rules rarely support dramatic changes. Indeed, more than twenty previous attempts to modify the electoral rules adopted by the Pinochet dictatorship had failed. While the system designed during the dictatorship was widely credited with reducing the likelihood of a return to military rule, achieving stability came at a price. The “binomial majoritarian” electoral rules rewarded the country’s two dominant electoral coalitions, while shutting out smaller parties and independents. The distortions produced by this system came to shoulder the blame for growing public apathy and voter disengagement. Reforming Chile’s electoral system became synonymous with improving democracy in the country, which also meant establishing mechanisms to make candidates and elected officials more representative of the citizens.

Under the majoritarian rules, parties in the two coalitions tended to select remarkably homogeneous candidates. Former president Ricardo Lagos said, “When you vote in Chile, you’re offered red wine or white wine and that’s it…There are no subtleties.”1 Indeed, since the Pinochet-era constitution was adopted in 1990, Chile has elected fewer than 10 percent women to congress and even fewer indigenous persons. At the same time, normative discussions in Latin America—and across the world—have begun emphasizing the link between democracy and inclusion. Governments that are “old, male and stale” have come under fire. Regionally and globally, a normative consensus is developing that legislatures must incorporate the presence and perspectives of the diverse groups within the population. Chile’s recent electoral reform succeeded precisely because the undemocratic flaws in the existing system could no longer be defended.

For Chile as elsewhere in Latin America, making electoral systems more democratic has meant legislating quotas for female candidates at the national level. Chile’s new electoral law contains a gender quota that requires that parties’ final slates of candidates for congress to contain no more than 40 percent of either sex. (In practice, this will mean 40 percent women, since women remain the underrepresented group.) The quota provision proved contentious, as some argued that it was incompatible with the law governing primaries: if candidates are chosen by voters in primaries, and these candidates happen to be men, wouldn’t nominating female candidates to fill the quota violate voters’ preferences about who their candidates should be?

This debate highlights the tension between two different democratic ideals: making candidate selection more competitive and transparent, on the one hand, but bringing in underrepresented groups, on the other. Yet there are two ways to resolve this dilemma. First, despite perceptions that “the best candidates always win,” and that quotas undermine the principle of merit, definitions of ideal candidates are subtly biased to favor men. In a country like Chile, where women’s presence in elected politics is among the lowest in Latin America, expectations about prior political experience and name recognition disadvantage women, who have not had the opportunity to demonstrate their political skills. What is more, research reveals no empirical basis for believing that women make weaker candidates: studies show that female politicians differ little from men in their qualifications, competencies, productivity, and dedication, though they may take different policy perspectives, particularly when it comes to women’s policy issues. As such, quotas do not undermine merit, but actually expand the pool of qualified candidates for voters to choose from.

Second, electoral rules can overcome the perceived incompatibility between primaries and quotas. Chile’s electoral law stipulates that parties may select no more than 40 percent of their candidates via primaries. By reserving 60 percent of the candidates for selection via nomination, this electoral rule implicity recognizes gender bias in perceptions of merit, while also aligning Chile with international norms about the importance of women’s presence in politics.

Yet if Chile’s new electoral system emerged out of a meaningful wish to deepen democracy and improve representation, the quota provisions contain a glaring contradiction. The electoral law imposes a sunset clause that makes the quota temporary: the measure will be applied to the next four electoral cycles (through 2029) and no more. This is problematic in and of itself because if gender diversity is a principle of democracy, it cannot be a temporary commitment. More importantly, women’s equal presence in representative institutions makes Chile more democratic, hence, a transitory quota undermines the electoral law’s very goals.

The sunset clause is also inconsistent with broader trends in Latin America wherein gender quotas laws are being replaced by parity. Since neighboring Argentina adopted the first gender quota in 1991, all Latin American countries save Venezuela and Guatemala have followed. Until last month, Chile was an outlier. Yet as Chile catches up, other countries are moving even further ahead, abandoning their temporary quotas laws to implement “parity democracy”—the 50-50 gender balance of men and women in the legislature, but also in the executive and the judiciary. Parity governments are the rule in Ecuador and Bolivia; Mexico, Costa Rica, Honduras, Nicaragua, and Panama impose parity for the legislature and are gradually adopting parity for subnational governments as well.

Regional norms are clear that parity laws are not just newer and better quotas. In Chile, as in earlier periods of electoral reform elsewhere in Latin America, quotas were seen as affirmative action measures to help women overcome discrimination and limited opportunity. Parity goes beyond ending discrimination: the Economic Commission for Latin America and the Caribbean, in its 2007 Quito consensus and 2010 Brasilia consensus, named parity as “principle determinant of democracy.” Quite simply, democracy means equality, and equality means representing women in proportion to their presence in the population. Even Claudia Pascal, director of Chile’s national women’s agency, made this point while debating the electoral reform back in May: “If women are half the population, then the quota should be 50 percent, but it [the proposal] advances towards an aspect of parity, using intermediate figures.”2

Why not parity in Chile, then? In 1990, Chile emerged from dictatorship with a very imperfect democracy. Since then, much progress has been made toward eliminating the undemocratic features of the Constitution, such as appointed senators and military oversight. But the movement toward democracy and equality has been slow, and has only occurred through complex negotiations among coalition partners and between governing and opposition parties. The gender quota that forms part of the new electoral law, even with its flaws, is a welcome first step on the way to gender equality. But to deepen Chile’s democracy in a more meaningful way, it will be necessary to eliminate the sunset clause and ensure that the electoral law guarantees true parity among women and men in political representation. 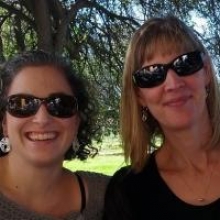 Susan Franceschet and Jennifer M. Piscopo
Susan Franceschet is Professor of Political Science at the University of Calgary, working on gender and politics in Latin America, women and cabinets, and gender quotas in comparative perspective. Jennifer M. Piscopo is Assistant Professor of Politics at Occidental College in Los Angeles, CA. Her research on women and political participation in Latin America has appeared in multiple scholarly journals and edited volumes. With Mona Lena Krook, Susan and Jennifer co-edited The Impact of Gender Quotas (Oxford University Press, 2012).