Decrease in Aid in Mexico 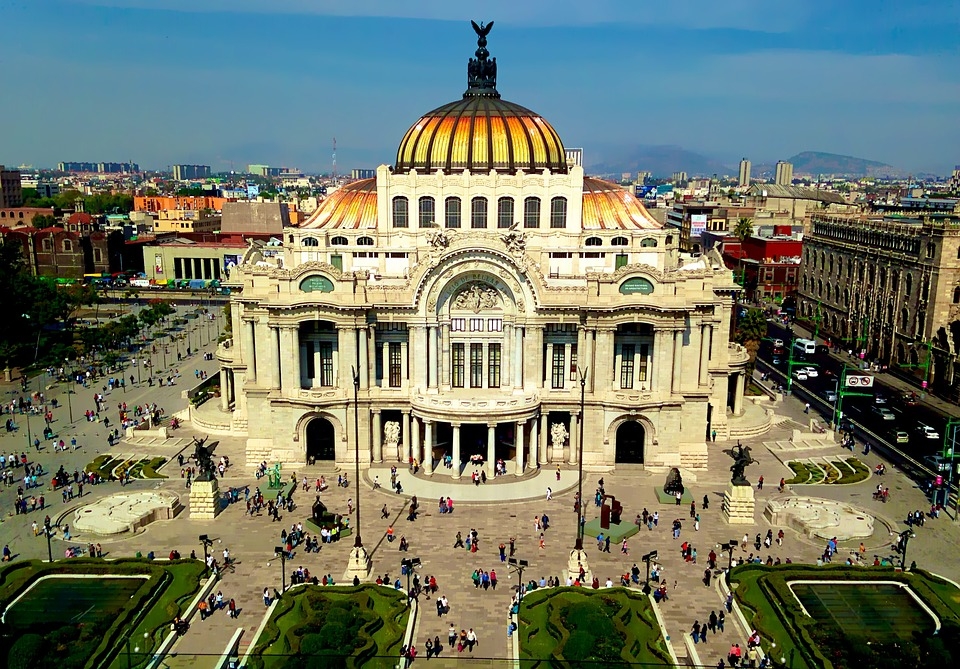 The United States has over a billion-dollar budget of foreign aid to help several countries throughout the world. This type of aid has fostered economic development for nations within the Caribbean and Latin America. In addition, it has been crucial for many Latin American countries to receive assistance, as it is used in efforts to promote security, reduce poverty, and for humanitarian aid (WOLA statement). However, since 2017, the Trump administration has been working feverishly to make budget cuts across all sectors of U.S. government spending. In particular, in 2017, the Trump administration released a 2018 budget request to Congress where there would be huge cuts towards Latin American foreign assistance. Data shows that there has been a continuous decrease in foreign aid throughout the years as different budgets have been implemented. Countries such as Mexico are being targeted as a means to make huge assistance cuts. In addition, the Trump administration and his rhetoric are not making matters any better, and creating a hostile relationship between the US and Mexico.

Foreign assistance in Mexico has decreased by the millions since the early 2000s. According to the Department of State foreign assistance data, in the year 2010 there was huge spike in assistance, around $757.60 million, under the Obama administration. After this year, the amount of aid towards Mexico continued to decrease. By 2011 the planned funding for Mexico was $262.83 million (Foreign Assistance). The assistance that the government provides is divided by education and social services, health, economic development, environment, peace and security, democracy human rights, and governance. A majority of the assistance during this time, and the years before 2010 and 2011, went to peace and security, and democracy and governance. Since then, there has been a sharp decrease in the assistance being provided to Mexico. For example, in 2015 there was $164.20 million in aid, and there was no assistance in education, social service, and economic development. There were complete cuts to these sectors. By the year 2017, data shows that the US was assisting Mexico with $138.57 million. Also, a majority of the money in the year 2017 and 2018 is being targeted towards sectors such a transnational crime and counter narcotics. It is crucial to take into consideration the switch of the Obama administration to the Trump Administration, which is very anti-assistance towards Latin American countries. However, the Department of State claims that the United States will continue to partner with Mexico to “consolidate and institutionalize progress made as a result of ongoing bilateral cooperation” despite clear hostile rhetoric by President Trump (Foreign Assistance).

Despite there being huge budget cuts towards foreign assistance to a crucial ally like Mexico, the rhetoric President Trump uses towards Mexico is negatively impacting future Mexican-US relations. The Merida Initiative, which is a security cooperation agreement between the United States and the government of Mexico and the countries of Central America with "the declared aim of combating the threats of trafficking, transnational organized crime and money laundering” seems to go against this rhetoric (Albaladejo). Despite there being a clear agreement between these nations, Trump continued to claim that he would use these cuts and gear them towards border security measures, like a new boarder wall along the Mexican border. Trump’s most recent budget proposal suggested a $1.07 billion decrease in foreign aid for 2018. He proposed to reduce foreign assistance as part of his “American first” foreign policy, and focused aid mainly towards US domestic concerns such as migration and transnational crime. (Albaladejo). The issue of American security, and a lack of a rhetoric of cooperation, continues to plague the Mexican-US relations. In addition, there has been disagreement between Trump and Congress. Completely cutting out assistance in such an abrupt way in such a short period of time would not be simple for a country that has been dependent on aid for economic and social development. With Trump's budget cuts, there would be a one-third decrease. Meanwhile the House proposed only $2 million in an aid cut and the Senate bill would provide $144 million (Albaladejo). .

The challenges in foreign aid that the Trump administration is proposing seems counterproductive for relationships that have been built in the past towards Latin American regional partners. The rhetoric of national security that Trump proposes and the efforts he is making to slash aid seems to be a threat to a key ally such as Mexico. He is consistently stating that Mexico is not trying hard enough to create a substantial change, despite there being a huge decrease in assaults on Customers and Border Protection agents, as well as the rate of illegal border crossings into U.S dropping to its lowest level in decades (WOLA). Ultimately, the development of Latin American countries is crucial for the security of the United States. Diverting away from traditional development assistance could mean that countries would seek other relations and aid from other countries, which could also pose a threat to the United States. Would an overall cut in aid severely impact Latin American nations, or could it mean forming better alliances with other powers?

Written by Vanessa Goyes, a Junior Political Science and Environmental Science major. Vanessa was born in Ecuador but currently lives in Long Island, New York. She hopes to one day work in environmental policy.