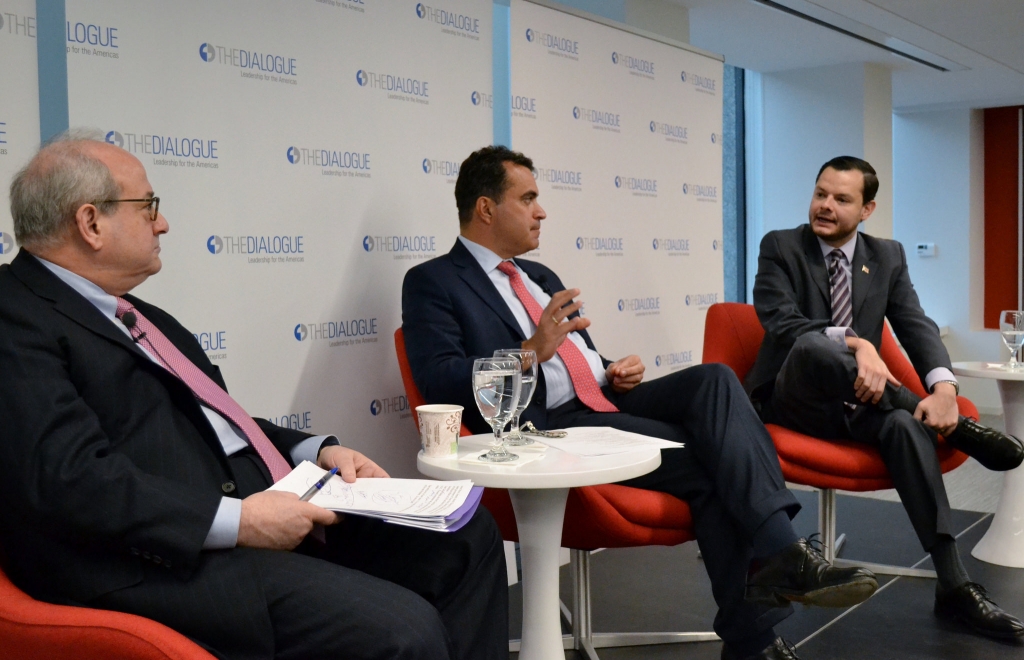 At the start of 2018, Costa Rican polls were predicting that its presidential race would come down to a bout between the Party for National Liberation (Partido de Liberación Nacional, or PLN) candidate Antonio Álvarez and his Party for National Integration (Partido de Integración Nacional, or PIN) competitor, Juan Diego Castro.

However, following a final vote in February, it became clear that ticos are moving away from the PLN and other previously-favored parties; Álvarez failed to gain more than 18.6 percent of the total votes, making it the first time that his party didn’t advance to a second-round of voting since the country became democratic in the 1950s (Perelló 2018).

It was also reported that over a third of Costa Ricans chose to not participate in the primary election, further suggesting that the nation is rejecting its current political players and their policies.  The change in public opinion allowed for two candidates - Fabricio Alvarado of the National Restoration Party (Partido de Restauración Nacional or PRN) and Carlos Alvarado (no relation to Fabricio) who heads the Citizens’ Action Party (Partido de Acción Ciudadana, or PAC) - who were previously overlooked, to prevail in the primaries (Perelló 2018).

In addition to a growingly apathetic constituency, Fabricio Alvarado and Carlos Alvarado became participants in what became one of the country’s biggest debates in recent years.  In January, the Inter-American Court of Human Rights, which is based out of San Jose, declared that the countries that fall within its jurisdiction (the Latin American countries of Bolivia, Chile, Costa Rica, the Dominican Republic, Ecuador, El Salvador, Guatemala, Honduras, Mexico, Nicaragua, Panama, Paraguay and Peru) must adhere to a new policy legalizing same-sex marriage.  The ruling, which was widely accepted in Argentina, Brazil, Colombia and Uruguay where same-sex marriage is already permitted, created an uproar, especially in predominantly Catholic Costa Rica (Rico 2018).

As a result, Fabricio Alvarado and Carlos Alvarado’s stances on gay marriage became the focal point for the 2018 presidential election.  Fabricio Alvarado, who is an ultra-conservative deputy and famously a former Evangelical singer, took advantage of the divide the Inter-American Court’s ruling created to gain followers who supported his decision to ignore the decree if elected.  While campaigning, he reportedly stated that Costa Rica did not need another corrupt politician, but rather a man of God. Unlike what he called a secular Europe, Fabricio Alvarado suggested that Latin America ascend to greatness by allowing religion to lead it (Casas 2018).

His opposite, Carlos Alvarado, is a former labor minister and novelist.  His platform promised to uphold the new law of the Inter-American Court of Human Rights, which current president Luis Guillermo Solís, who is also a member of PAC, has similarly supported since its creation (Semple 2018).

In recent years, it would seem that the country, known for its ecological diversity and tourism, was warming up to its LGBTQ community.  In 2014, the government granted gay couples their right to social security services. Three years ago, in another groundbreaking movement, HIV patients were guaranteed necessary treatment, and AIDS patients, LGBTI or not, were promised retroviral medication (TCRN Staff 2017).

Costa Rica also boasted Central America’s most active LGBTQ community since around 1990, with two monthly informative publications, Gente 10 and Gayness.  The country also counted more gay and lesbian bars than any of its Central American neighbors, and became a hotspot for gay tourism in recent years (Fernandez 2010).

However, gay-rights activists were concerned that an increasingly-conservative Latin America combined with Costa Rica’s catholic roots would impact the election and damage the progress that has been made regarding LGBTQ rights.

A 2004 nationwide survey of religion conducted by the University of Costa Rica revealed that 47 percent of the country reported to be practicing Roman Catholics.  Another 25 percent responded that they were non-practicing Roman Catholics, and 13 percent declared themselves evangelical Protestants. Only 15 percent of respondents said that they were not religious or belonged to a different religious group (Bureau of Democracy, Human Rights and Labor 2006).

Even after Costa Rica gained independence from Spain in 1821, orders under the Roman Catholic Church which deemed homosexuality a “nefarious sin” punishable by law remained in place until the 1870s, when a liberal president Tomás Guardia decriminalized it.  However, LGBTQ constituents faced extreme discrimination until fairly recently, when a change in attitude towards homosexuality swept across many Western societies (Fernandez 2004).

Costa Rica was most affected by a 1971 novel by José Ángel Sánchez titled La isla de los hombres solos (The Isle of Lonely Men), which offered ticos a new perspective of homosexuality as an everyday topic.  Even so, though, the country has been slow to adopt welcoming policies, with steps backwards, one such being especially notable during the AIDS crisis in the 1980s (Fernandez 2004).

However, with Carlos Alvarado winning this year’s presidential with three-fifths of the vote, the majority of Costa Ricans are showing their support for the LGBTQ community.  A poll conducted by La Nación in 2012 suggests that this encouragement will only grow in the future; when responding to the statement “same-sex couples should have the same rights as heterosexual couples,” 55 percent of Costa Ricans were in agreement.  When results were narrowed down to younger respondents only (ticos aged 18-34), the positive response rate jumped to 60 percent (Lehring 2014).