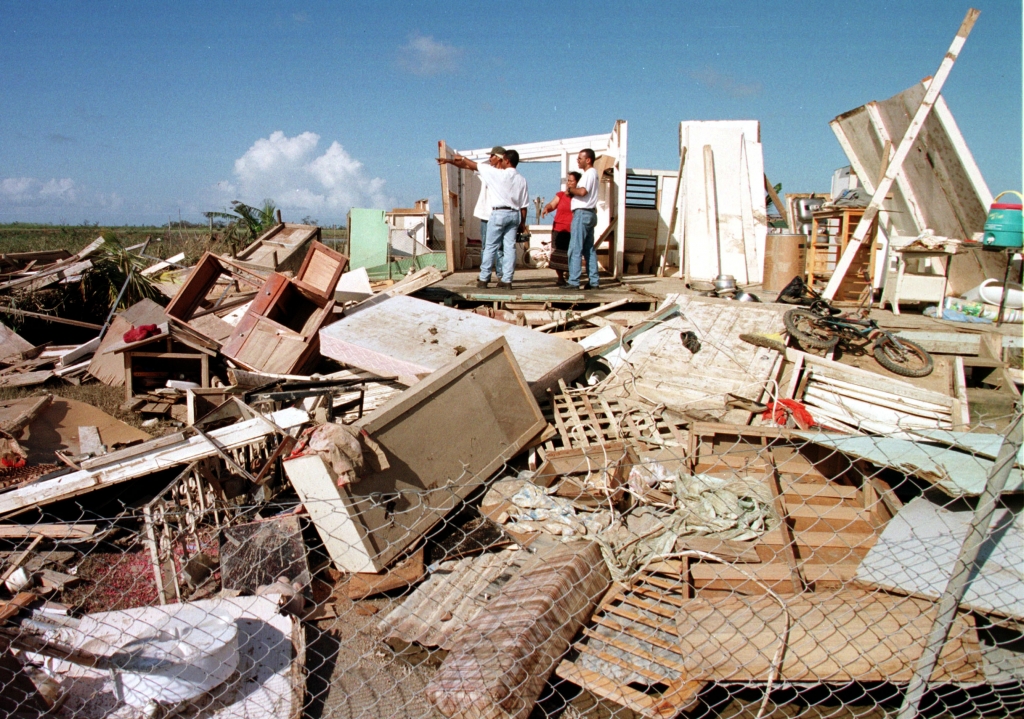 Following Hurricane Irma and Hurricane Maria’s deadly landfall on Puerto Rico in late September and early October, there has been much debate over how the Mainland United States should deal with this disaster. The United States has deployed troops to help with the distribution of food and water for the devastated locals, almost all of whom have lost their homes, access to food, water, and electricity. Despite this, many claim that the United States is not doing enough to help island nation. President Trump tweeted on October 12th, insinuating that Puerto Ricans’ inability to access food and water is largely their own fault, and that the United States will not continue to provide aid much longer. He cited Puerto Rico’s “lack of accountability” as one of the reasons why Puerto Ricans still cannot access essential resources. Mayor Carmen Yulín Cruz of San Juan says otherwise. In an interview with CNN’s Anderson Cooper, Yulín Cruz emphasizes that Puerto Ricans are Americans, but are not treated as such regarding disasters. She pleads with the President to listen to the needs of the Puerto Rican people, begging him to “Save us from dying” (Ellis, 2017). Trump responded bitterly to these cries for help, blaming Yulín Cruz for complaining more than helping the Puerto Rican people. Despite the President’s comments, it is undeniable that the aid provided to Puerto Rico is less assured than that provided to Houston and Miami following the hurricanes Harvey and Irma. Trump has made no statement about pulling U.S. aid from Texas or Florida, despite hurricane Harvey making landfall weeks earlier (Diaz, 2017).

In 1989, Hurricane Hugo hit Puerto Rico as well as the mainland United States. President George H. W. Bush was criticized for not acting quickly enough to provide aid to the island nation. Ten years later, Hurricane Georges passed over Puerto Rico, littering the country with debris and leaving the citizens without food, water, and electricity. For this incident, it took the federal government about half a year to create and execute a stable plan to provide aid to the island (Ricardo Varela, 2017). Some attribute the federal government’s slow response on the island to the limited accessibility to the island after natural disasters hit. Shipping costs are expensive, and long delivery times slow the process of aid (Chavez, 2017). In the case of the aftermath of hurricane Maria, the few supplies that are on the ground are unable to be distributed quickly and efficiently (Healy, 2017). Regardless of these challenges, the U.S. simply does not give Puerto Rico equal aid compared to the mainland United States. According to a spokesperson from FEMA, Puerto Rico is being given $35 million in assistance grants for the island compared to the $691 million in grants to Florida following hurricane Irma, and the $323 million in grants to Texan communities affected by hurricane Harvey (Fernández Campbell, 2017). Although challenges in accessibility might explain some delay when it comes to providing natural disaster aid to Puerto Rico, the funds given to the island pale in comparison to that given to the continental U.S. Natural disaster relief is just one way that Puerto Rico is seen and often treated as less than a U.S. territory.

Puerto Rico’s massive debt prior to hurricane Maria had slowly began tearing at the island’s economy and infrastructure, however, the island is now in severe financial crisis, and President Trump has made it clear that he will not bail them out. Researchers estimate that Puerto Rico might be as much as $120 billion in debt, and as increasing numbers of people leave the island for the mainland, there are less taxpayers to pay off the massive debt (Romans, 2017). Although Puerto Ricans do pay many federal taxes, they do not pay federal income tax on Puerto Rican based incomes. For this reason, the unequal treatment of Puerto Ricans under federal law has been justified (Puerto Rico Report, 2012). With many Americans and the current U.S. administration dismissing Puerto Rico’s debt as a problem for which the island is solely responsible for managing, it is understandable that most mainland Americans don’t have a thorough understanding of Puerto Rico’s relation to the United States. The way that the government discusses dealing with the Puerto Rican debt is less involved than the U.S. deals with the debts of some foreign countries. Although a large number of Americans do not understand this complicated relationship, many feel strongly towards the island.

As of 2013, an estimated 5.1 million mainland Americans identified as Puerto Rican, nearly 30% more people than the 3.6 million who actually reside on the island (López, 2015). Many notable Puerto Ricans who live on the mainland United States have been speaking up about the government’s treatment of the Commonwealth of the U.S.. Lin-Manuel Miranda, creator of the Broadway musical Hamilton, and son Puerto Rican parents told CNN that he is very grateful for the pressure that Americans have put on President Trump in order to get a response from him about the situation in Puerto Rico. Miranda explains that he knows “there is a tendency for fatigue because we’ve just been through two hurricanes, and we can’t be fatigued when it comes to our fellow Americans” (Mahtani, 2017).

Regardless of Puerto Rico’s financial crisis and lack of statehood, Puerto Rico is a part of the United States, and its citizens should be treated as such in terms of receiving aid to alleviate the massive devastation left on the island by Hurricane Maria. Citizens of the mainland United States seem to view the island more favorably than U.S. politics. Although statehood for Puerto Rico has been discussed and a referendum held earlier in the year, low voter turnout, and a long list of complications have been keeping this issue on the back burner of American politics (Willingham, 2017). Perhaps the government’s response to Hurricane Maria will give both Puerto Rican islanders and mainland U.S. citizens more decisive opinions on the topic.