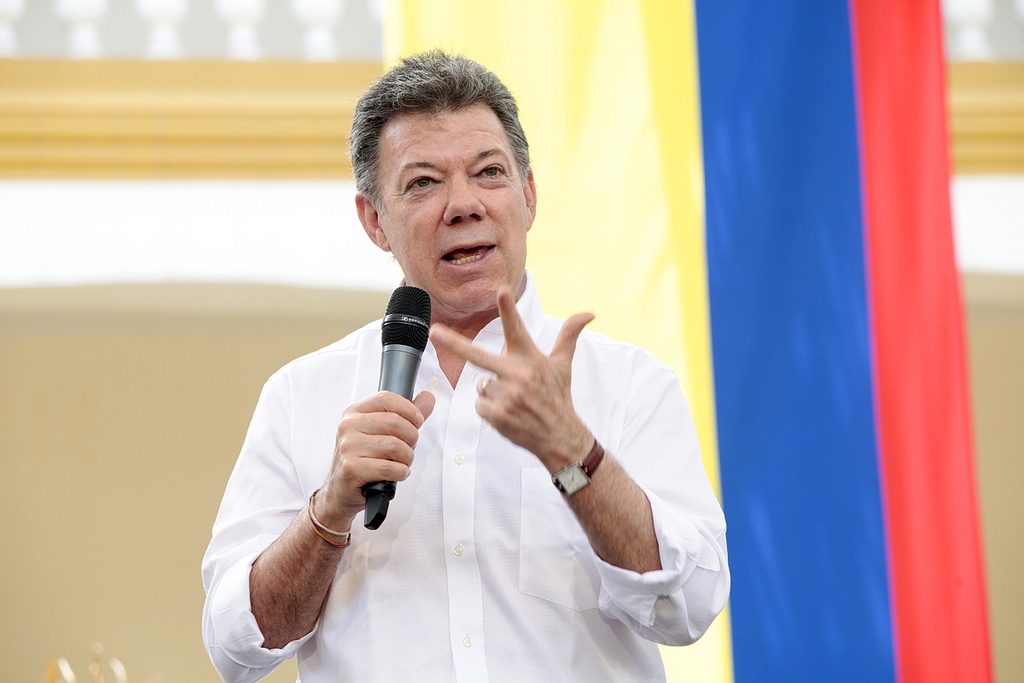 This past Monday, Colombian president Juan Manuel Santos and FARC rebel leader Timochenko signed a historic peace agreement six years in the works.1 The deal brings the long-awaited end of a 52-year-old war which intermittent periods of attempted peace talks have failed to accomplish until now.2 The conflict between the government and the FARC (Revolutionary Armed Forces of Colombia), which began in 1964 as the armed wing of the Colombian Communist Party and has since sought to propagate Marxist values through militant revolt, has claimed an estimated 260,000 lives and displaced over six million.3,4 Today, October 2, 2016, the peace agreement will be voted on by the Colombian people in a public referendum.5

So will the agreement be approved by Colombian voters? Many Colombians, led resolutely by President Santos, just want peace. “My instructions to the negotiator were, ‘You go and seek the maximum justice that will allow us peace,’” said Santos in an interview with BBC News.4 During his speech at the signing ceremony on Monday, he acknowledged the deal’s limitations and declared, “I would rather have an imperfect agreement that saves lives than a perfect war that continues sowing death.”5

Santos firmly believes that he has achieved success with the agreement, but others, most notably former president Alvaro Uribe, feel that the rebels are getting off far too easy. “With these agreements, there is neither justice nor truth for the victims” of the conflict, said Uribe, who famously called Santos a “traitor” to Colombia for giving up too much in the bargaining process.6

The controversial details of the agreement are summed up by what Santos describes as five essential points. First and foremost is the end to the fighting: The 7,000 members of the rebel army will transfer to disarming camps for a period of 180 days, where, watched over by the U.N. and protected by the Colombian military, their former enemies, they will hand over their weapons.5,7 Effectively, the rebel army will convert into a political party. Second, and most widely debated, is the justice process for war crimes committed by the FARC. Rebels will attend special tribunals where they can choose to confess the truth, or undergo criminal prosecution. In the first case, those who fully attest to their crimes will have their rights restricted for five to eight years and will participate in reparations projects for the victims, likened to community service, but will avoid jail time.4,5 If they do not tell the truth, the criminal justice system may sentence them to up to 20 years in prison.5

The third point of the agreement is a promise by the government to invest in infrastructure projects in rural Colombia, to the benefit of small farmers in the countryside. The fourth point is another controversial concession to the FARC: a guarantee that the new political party will have 10 unelected seats in Congress for two legislative terms, beginning in 2018.5 While critics of the deal find this outrageous, others feel that 10 out of 313 seats in Colombia’s bicameral Congress for eight years is a small price to pay in return for peace.5,8 The fifth and final main point of the accord is that the FARC severs its connections with the Colombian drug trade, which has financed its efforts for the last 40 years.2,5 This is considered the most dangerous aspect of the deal: It puts FARC members at risk of assassination by ex-partners as well as ex-rivals in the cocaine trade, and also opens up space for competition between other armed rebel groups over the share of the business that the FARC has abandoned.5

Some Colombians who have seen their lives and the lives of those close to them irreparably damaged by the conflict are reluctant to vote “yes” for an agreement that allows most FARC rebels to stay out of prison, but many victims feel that such sacrifices must be made in order to put a permanent end to the bombings, murders, rapes, kidnappings and rural massacres that Colombia has endured for the past half a century.9 Recent polls from Ipsos and Datexco polling firms say that upwards of 60 percent of Colombians currently say they will vote “yes” today, and the country is optimistic that the referendum will approve the deal.10,11 But if it doesn’t? When asked by a BBC correspondent what his plan B is, President Santos answered, “We will go back six years and continue the war with the FARC. That’s the plan B.”4