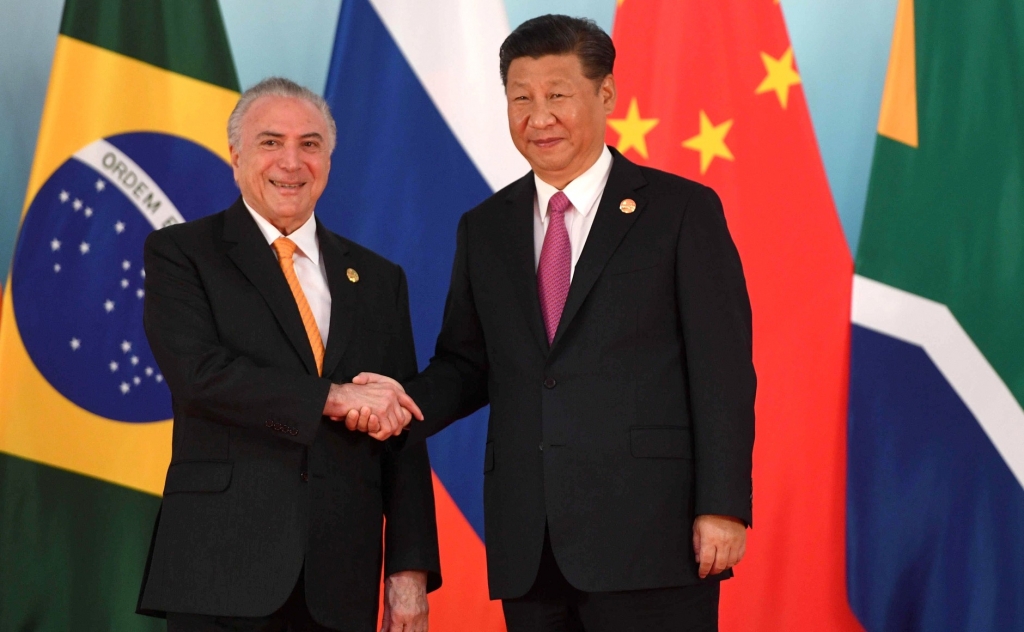 China’s involvement in Latin America has been rapidly increasing in the past two decades with Chinese companies investing over $110 billion since 2003, but primarily in the last five years. The nature of these investments has been changing as well. In the past, extraction was the main focus of Chinese investment. In recent years, there has been has been a shift towards the service sector including transport, finance, electricity, information and communication technology, and alternative energy. These areas now make up half of all Chinese investment in the region.

One area of Chinese increase control is in Latin American electricity generation and distribution. Not only are an increasing number of business transactions going through Chinese banks, but electric power is increasingly being produced through renewable energy sources built by the Chinese. The state-owned China State Grid Corp. which is the world’s largest power company has invested more than $7 billion in Brazilian electricity market since 2012. China is seeking energy security and independence. From 2000 to 2013, Chinese generating stations have increased from 20 to 529. Along with increases in energy production, Chinese firms are also predicted to help increase middle class access to the Internet and use their valuable experience in providing electricity to rural areas.

Though there may be a wide range of opportunities for Chinese investment in Latin America, the continued growth of the region will rely on countries rebounding from recession and moving past political and economic chaos. The increasing crisis in Venezuela and political scandal in Brazil do not provide assurance of regional and national stability that can lead to substantial economic growth. However, political instability has not prevented Brazil from receiving more than half of all Chinese FDI in Latin America. The total estimated cumulative investment hovers around $60 billion in Chinese FDI between 2003 and 2016. The oil and gas sector has received by far the most investment with $14 billion. Six other industries have also received at least $5 billion in investment including mining and metals, transport, automotive, finance, electricity/utilities and alternative energy. The head of the Brazil-China Chamber of Commerce and Industry predicted that Chinese firms will increase M&A activity making up to $20 billion in 2017 by profiting from underpriced assets in the midst of political scandals (Avendano).

The U.S. decision to step away from the Trans-Pacific Partnership invites room for further Chinese investment growth. China hopes to maintain open market access and expand into new sectors such as infrastructure by creating closer economic ties to all of Latin America through loans and FDI. There is also the secondary benefit of influence in Latin America that would increase influence in the global community to achieve other political goals. One of these political goals appears to be reassuring support for the “One China” policy (Frayer). China has tried to alienate Taiwan by forcing any country who wants to have diplomatic relations with Beijing to end official ties with Taiwan. Many of the 20 countries who recognize Taiwan are in Latin America. China’s economic support could be contingent of political support or this policy. Earlier this year, Taiwanese President Tsai Ing-wen visited Nicaragua, El Salvador, Guatemala and Honduras in order to maintain support in the region, while also signing deals for trade and arms. Yet, just months later in June of 2017, Panama officially shifted its diplomatic alignment from Taiwan to China. Two weeks later, the U.S. reassured Taiwan of their relationship with a $1.42 billion arms deal, the first of its kind with Taiwan.  A month later, Taiwan began offering a visa waiver to ten of the Caribbean and Central American countries that have maintained support. Paraguay and Taiwan have also created a reciprocal visa waiver program. Still, Nicaragua, Paraguay, and St. Lucia are apparently considering a switch of support to China (Prasad). With large Chinese investment on the line and limited U.S. interest in expanding regional trade and investment, it will require financial and diplomatic efforts to maintain support of Taiwan. Finally, China may be seeking support from future Latin American non-permanent members of the UN security council to give the nation even more political power on the international stage. Though all of China’s interests in Latin America are unclear, China will continue to step into Latin America as the United States steps out.