Chile's Me Too Movement 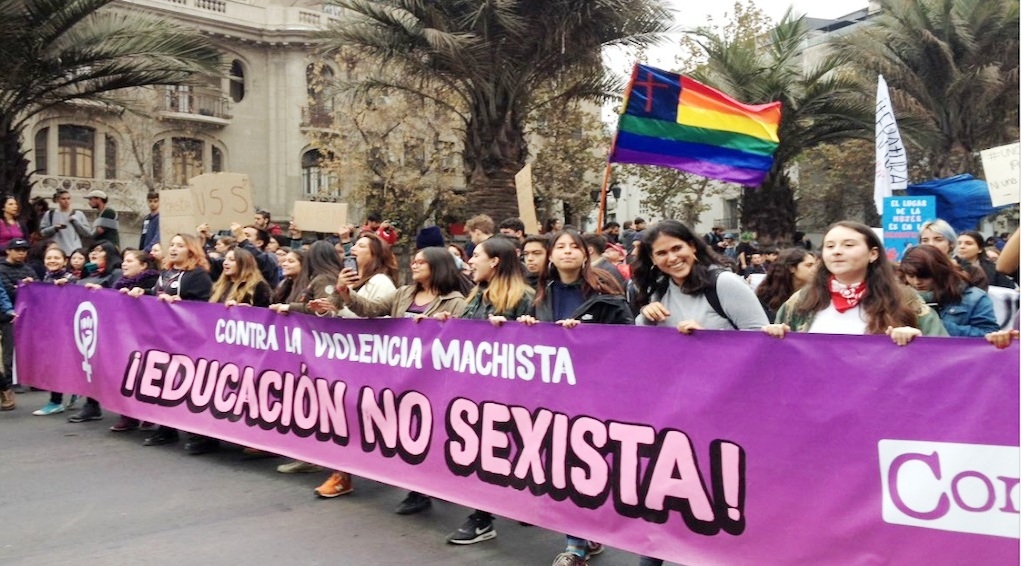 Over a decade ago, Tarana Burke founded the “Me Too” Movement to help provide resources and recovery aids to victims of sexual assault and harassment, particularly low-income women of color. The movement began at the local level where Tarana Burke worked to help communities provide rape crisis centers and sexual assault counseling. In an interview with CNN, Burke explained that the phrase “Me Too” was meant to invoke both a feeling of courage and of unity between victims. Late last year, the phrase appeared again when actress Alyssa Milano encouraged women who have experienced sexual harassment or assault to post “Me Too” to their social media statuses. Since then, the “Me Too” movement has expanded to address various forms of sexual harassment/assault in the work force and the gender-based power dynamics behind them, particularly in the industries of entertainment, government, and education. What started as a grassroots effort in New York City, is now a globally recognizable movement with related demonstrations occurring in countries outside the United States. In less than a month after Milano first published her tweet, #Metoo was retweeted over 23 million times by people from 85 different countries. One such country that adopted the movement, Chile, saw protests break out at universities across the country in response to sexual harassment allegations against one of the country’s most notable legal scholars, Carlos Carmona. Carmona, a law professor at the University of Chile, was accused by a current student of assaulting her while she slept on a chair in Chile’s Constitutional Court. For the Chile “Me Too” movement, Carmona plays a similar role to that of Harvey Weinstein or Bill Cosby in the United States. A famous, powerful man whose actions sparked a national outcry by women. Eight months following a report on the incident, the university suspended Carona for three months. According to university officials, the existing sexual assault/harassment policy only applied to interactions between employees, not between professors and students. Female student protestors responded within hours, occupying the schools law facility in addition to other buildings across campus. A similar protest a few months earlier gained less media coverage but also resulted in the occupation of the campus of Austral University in Southern Chile for two months until the administration agreed to implement a new anti-discrimination organization. Seven years ago, Chilean activists launched similar protests against then President Sebastián Piñera for his policies that promoted for-profit education. This new movement in Chile, comes with Piñera once again President after four years out of office. Like the protests seven years prior, Chile’s current #MeToo protests also revolve around universities across the country. In the past few months, this movement has expanded beyond demands for better sexual assault/harassment policies to calls for more education focusing on women’s rights in addition to a greater representation of women in university administrations. As of last month, these protests have paralyzed over 25 higher institutions of learning throughout Chile. Once again, protestors are calling for President Piñera to remove his Minister of Education, Gerardo Varela, as well as Minister of Heath, Emilio Santelices. While Varela openly belittled the goals of the protestors, Santelices worked to weaken a new law that legalized certain abortions. Although derived from U.S. social media outcries, the #MeToo Movement’s impact differs in each country where it is adopted. In the case of Chile, the movement has built off of female student protests against sexual assault and harassment in academics. Chile’s recent history with student protests also contributed to the success of these demonstrations. As a result, the #MeToo movement represents a new era of Chilean protest that is distinctly feminist.