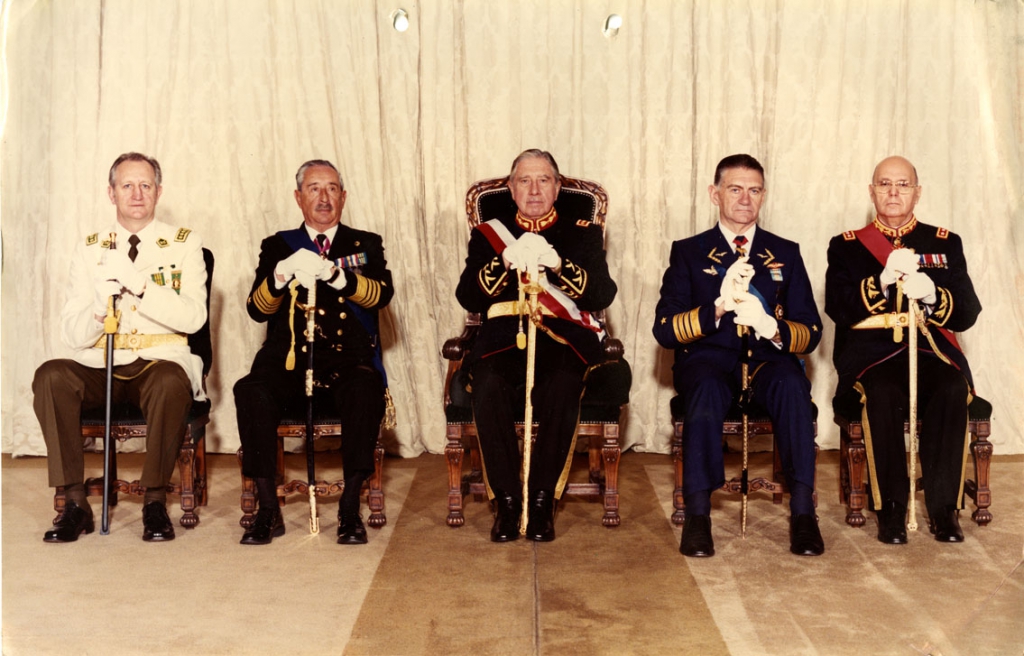 On October 18th, 2019, Chile, South America’s poster child of economic success, erupted in massive protests over a price increase in subway fare. Although less than 5 U.S. cents, the fare increase gave way to larger protests about/concerning an economic system that was not working for large swathes of the Chilean population. Decades of persistent inequality, economic precarity, and financial insecurity drove the protests to be some of the largest the region has seen in recent years. The extreme inequality in Chile has a legacy rooted in the Cold War and the U.S.’s attempt to prevent socialist ideas from taking root in Latin America.

During the Cold War, the U.S. State Department made a concerted effort to expand influence throughout Latin America to thwart what was perceived as the rapidly expanding reach of the Soviet Union. As part of a State Department program to expel communism and socialism from the region, an agreement was signed between the University of Chicago and Santiago’s Catholic University to send exchange students to study in the United States. Supported by the Ford Foundation, many Chilean economists, later known as the Chicago Boys, went to learn free market economics at the University of Chicago. There, they studied under Milton Friedman, the leading intellectual on free-market economics and monetarism. The idea behind the exchange was that these students would return to Chile, where they would lead in creating free-market economic systems that expelled any socialist economic policies from the country (Davies, 2019; Opazo, 2016).

Upon their return to Chile, the Chicago Boys began to design a country-wide economic program inspired by Friedman’s philosophies. The policies within the program aimed to cut inflation through a reduction of social spending, a severe elimination of market regulations, and privatization of state-owned companies. The Chicago Boys presented the economic program, dubbed El Ladrillo (the Brick) to Jorge Alessandri, who lost the presidency to Salvador Allende in 1970. Upon taking the presidency, Allende, a lifelong member of the Socialist Party of Chile, nationalized copper mining, banking, and other industries, implemented government administration of the health and education system, created welfare programs, and continued with land reforms (Davies, 2019).

In response to Allende’s national reforms and socialist platform, a CIA backed junta overthrew the president in 1973, led by General Augusto Pinochet (Opazo, 2016). Pinochet would remain in power for the next 17 years. He placed the Chicago Boys in ministerial positions and gave them free reign to implement El Ladrillo, which included some of the most extreme versions of Milton Friedman’s economic doctrines (Opazo, 2016).

Under Pinochet, reductions in fiscal spending cut high inflation and addressed economic difficulties. El Ladrillo removed most government controls on private economic activity and slashed public sector spending. From 1973 to 1980, the number of state-controlled companies fell from 300 to 24 and there were severe cuts to infrastructure, housing, education, and social security. Health, education, and the pension system were privatized. The new economic system had many of its intended results. After a financial crash in 1982, the economy grew by an incredible 7% a year from 1985 to 1997 (Opazo, 2016; Vilches & Pizarro, 2019). There was low inflation, and the country’s investment and export rates were some of the best in South America. Milton Friedman, meeting with Pinochet in 1975, called it the “Miracle of Chile” (Opazo, 2016).

The new system also greatly improved the lives of thousands of Chileans. The Chicago Boys believed that poverty, which they considered a more significant indicator for development than inequality, could be eradicated by economic growth and in this sense they were correct. In 1987, 17 percent of the population lived in poverty; by 2000, the percentage had dropped to six percent (Davies, 2019).

However in other areas, the new economic system failed the Chilean people. The Chicago Boys believed that education could work as a great equalizing force. Education sector reforms included privatization of universities and a new system of loans. Although the number of universities did grow, from eight in 1970 to over 150 today, market competition in the education sector has not benefited all Chileans. Today, two-thirds of Chile’s universities are for profit and the government spends 0.5 percent of GDP on higher education— the lowest expenditure in the Organization for Economic Co-operation and Development (OECD). Furthermore, the average university course costs 41 percent of an average income (highest in the OECD), and the country has a 50 percent drop-out rate (Davies, 2019).

The privatization of other markets, including the pension system and health care, increased inequality. Low payouts left older Chileans in poverty, and younger Chileans were going into debt paying for education, health care, and transportation. The rights and benefits of workers were few, and many times not respected by employers (Opazo, 2016).

When Pinochet stepped down from power in 1990, Chile was one of the most prosperous countries in Latin America, but an ingrained socioeconomic disparity left the country one of the most unequal. Ricardo-Davis, an economist from Chile, says that “The dictatorship may have modernized the country, but it enjoys an unjustified recognition for growth. Between ’73 and ’89, growth was mediocre, and the distribution of income deteriorated considerably” (Vilches & Pizarro, 2019).

The laisse-faire economic system that the Chicago Boys created is still in place in Chile. Michelle Bachelet, president of Chile from 2006 to 2010 and from 2014 to 2018, took steps to reform labor rights, pensions, health and education systems, and implement financial regulations during her second term in office. However, these reforms were met with resistance from conservative groups, and in 2018 Sebastian Pinera, a conservative billionaire, was elected for his second term in office and these economic reforms were not included in his policy agenda.

Today, Chile, a member state of the OECD and one of Latin America’s most prosperous countries, is one of the most unequal. The country’s Gini coefficient, which measures income inequality, is the highest in the 36-member OECD, and the second to last for social spending (Vilches & Pizarro, 2019). Chile ranks among the top 20 most unequal countries in the world, with the top 1 percent holding 33 percent of the country’s wealth (Kornbluh, 2019). 50 percent of Chilean’s have a monthly salary of under $445, which is below to poverty time for a family of four, while the top .1 percent of the country make over $900,000 a month (Opazo, 2016; Vilches & Pizarro, 2019; Taub, 2019).

These circumstances propelled Chileans to the streets by the thousands when President Pinera announced the subway fare increase. By October 25th, only a week after the initial protests, over 1.2 million Chileans arrived to decry the country’s inequality in Santiago’s Plaza Italia. When protests continued even after Pinera recalled the subway increase, the president deployed the military. Public outraged continued, prompting Pinera to announce a series of measures, including higher pensions, better health coverage, higher taxes for the wealthy, and pay cuts for politicians. But in a country with an economic system founded on a Milton Freidman’s most extreme doctrines of free market economies, the economic package was only a temporary measure, without the promise for any significant, sustainable change (Taub, 2019). Many protesters vow to continue demonstrating until the country implements true structural reforms that benefit all Chileans.