Business-government relations in Bolivia and Ecuador: How economic elites learnt to (almost) love the revolution 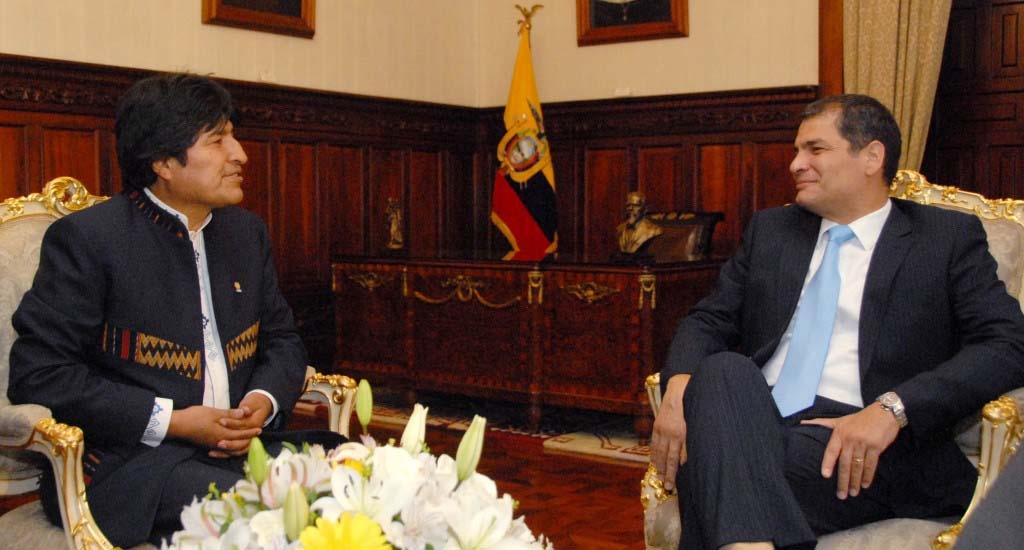 The following contribution presents key arguments and findings from the paper ‘Business Power and the Politics of Postneoliberalism: Relations Between Governments and Economic Elites in Bolivia and Ecuador’, published by the author in the journal Latin American Politics and Society (vol. 58, no. 2, DOI: http://dx.doi.org/10.1111/j.1548-2456.2016.00313.x).

In comparative studies on the so-called leftist turn in Latin America, Bolivia and Ecuador are usually placed close to the radical leftist edge represented by Venezuela. Indeed, the governments of Evo Morales in Bolivia and Rafael Correa in Ecuador have initiated processes of far-reaching political change that included the displacement of the countries’ established political parties, the rewriting of the respective constitutions and the turning away from previous neoliberal recipes towards a much more state-centered development model. In a general sense, therefore, both the “democratic and cultural revolution” proclaimed by Morales upon his initial taking office in 2006 and the “citizens’ revolution” pursued by Correa since 2007 have posed direct threats to the status, influence and interests of the two countries’ (former) elites. As a consequence, the new governments met with the fierce and united resistance of the traditional political and economic elites. Recent years, however, have seen the emergence of fairly cooperative relations between the Morales and the Correa government, on the one hand, and important business sectors, on the other. In the following, I briefly summarize the findings of an article in which I analyze this remarkable shift from confrontation to increasingly cooperative business-government relations in Bolivia and Ecuador.

From conflict to rapprochement

In the case of Bolivia, business-government relations have gone through three phases. After President Morales first took office in 2006, the country’s economic elites – and, most notably, the agribusiness sector in the region of Santa Cruz – were key players within the conservative opposition that openly confronted the new government. This confrontational attitude was hardly surprising given that Morales had promised a turn towards a much more state-centered economic development model and, in particular, an agrarian reform that directly threatened vital interests of the Santa Cruz agribusiness sector. And yet, with the new constitution adopted by referendum in February 2009, the situation started to change: Business elites increasingly distanced themselves from the political elites in Santa Cruz that continued their course of radical opposition, and first instances of dialog between the Morales government and business representatives initiated a phase of rapprochement (2009-2012). Throughout the years, visits, meetings, and, in fact, policy agreements became ever more normal and, since 2013, we can talk of a phase of outright cooperation with an astonishing low level of public conflict between the parties. In the course of this process, business elites from Santa Cruz have been able to partially recuperate some of the political influence on the central government that it used to have before Morales.

In Ecuador, we can observe a similar overall shift from conflict to rapprochement, which has been accompanied by, first, a significant loss and, then, a partial recuperation of business influence on government policies. But the trajectory of business-government relations is a bit more complex because, in Ecuador, both confrontation and rapprochement have been less clear-cut: The Correa government, from the very beginning, only selectively targeted the economic elites and has, by and large, continued to do so until today. At the same time, economic elites in Ecuador have been less unitedly confrontational vis-á-vis the government, even during the first years of the Correa presidency. As a result, local newspapers in 2015 identified a “new alliance” between the public and the private sector in Ecuador, but tensions and confrontation have persisted with a few specific sectors, most notably with private banks.

These differences between Bolivia and Ecuador notwithstanding, both countries have seen an overall shift from largely unified elite opposition to a situation in which important parts of the economic elites have adopted a fairly pragmatic attitude and, indeed, a rather cooperative relationship with “their” government. In explaining these two cycles of contention, I apply Tasha Fairfield’s structural and instrumental power framework to the issue of business-government relations. Instrumental (or political) power grasps the capacity of business to deliberately influence political decision-making through lobbying, direct participation in policymaking, or financing electoral campaigns. This type of power is based on direct relationships with policymakers and depends on resources such as cohesion, expertise, media access, and money. In contrast, structural (or investment) power does not require deliberate collective action but “stems from the profit-maximizing behavior of private sector actors and policymakers’ expectations about the aggregate economic consequences of myriad individual investment decisions made in response to policy decision”. My explanation consists, basically, of three elements.

First, the severe loss of instrumental power motivated the business elites in both countries to enter into dialog with what they previously saw as hostile governments. Initially, business groups and associations in both countries tried to use their remaining sources of instrumental power – partisan linkages, media access, informal ties – to oppose the governments. But when Morales and Correa had effectively marginalized the political opposition and it became clear that their governments would not simply fail but were here to stay, important business sectors in the two countries obviously calculated that a pragmatic, dialogue-oriented approach would much better secure their vital interests than a dogmatic, oppositional stance.

This dynamic was, second, supported by the relative decline, but persisting relevance and eventual resurgence of structural business power. In the context of the global commodities boom of the early 2000s, rising energy prices augmented the dominant role of the countries’ oil and gas sector, from which private domestic business is largely absent, and contributed to the rise of the public sector’s share of the economy by significantly increasing fiscal revenues. Yet the governments’ post-neoliberal policies did not break with the overall capitalist, market-based development model. The political strength of both governments was based on strong economic performance, including significant increases in social spending and public investment. In economic terms, therefore, both Morales and Correa could hardly afford a general economic downturn, which – given the economic structure of the two countries – also meant preventing a general deterioration of the business of private companies. As a result, private business retained significant structural power. This became tangible when external shocks (such as the global financial crisis and, later, the end of the global commodities boom) once again increased the governments’ vulnerability to profit-driven business decisions. It was, thus, the persistence – and actual re-increase – of structural business power that drove the governments to approach core business groups.

In combination, the business elites’ response to the loss of instrumental power and the governments’ response to resurging structural business power explain the shift toward negotiation and dialogue. Precisely because this rapprochement was driven by both sides, it involved mutual adaptation and thereby fostered increasing policy agreements that gave substance to abstract, power-based incentives. The material basis of these agreements was, third, the overall development model which, as mentioned, has implied at least partially overlapping interests. Such shared interests, inter alia, relate to the overall focus on economic growth, on public investment in infrastructure, and on an intensification of resource extraction that has characterized neo-developmentalist policies in Bolivia and Ecuador.

After the global commodities boom

As a result, a new, post-neoliberal equilibrium has taken shape in which domestic private business retains much of its traditional structural power and has recuperated some of its instrumental power, but without fully regaining its previous capacity to influence policymaking. This equilibrium is, however, far from stable – and has depended on high commodity prices. By now, the global commodities boom has passed, and the two countries struggle with adapting to what looks like a new phase of much lower prices of their core export goods. It remains to be seen what this will mean for business-government relations and, in general, for the fate of these two post-neoliberal experiments in South America. From Argentina and Brazil to Venezuela, the neighborhood sends warning signals in this regard. 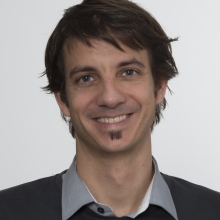