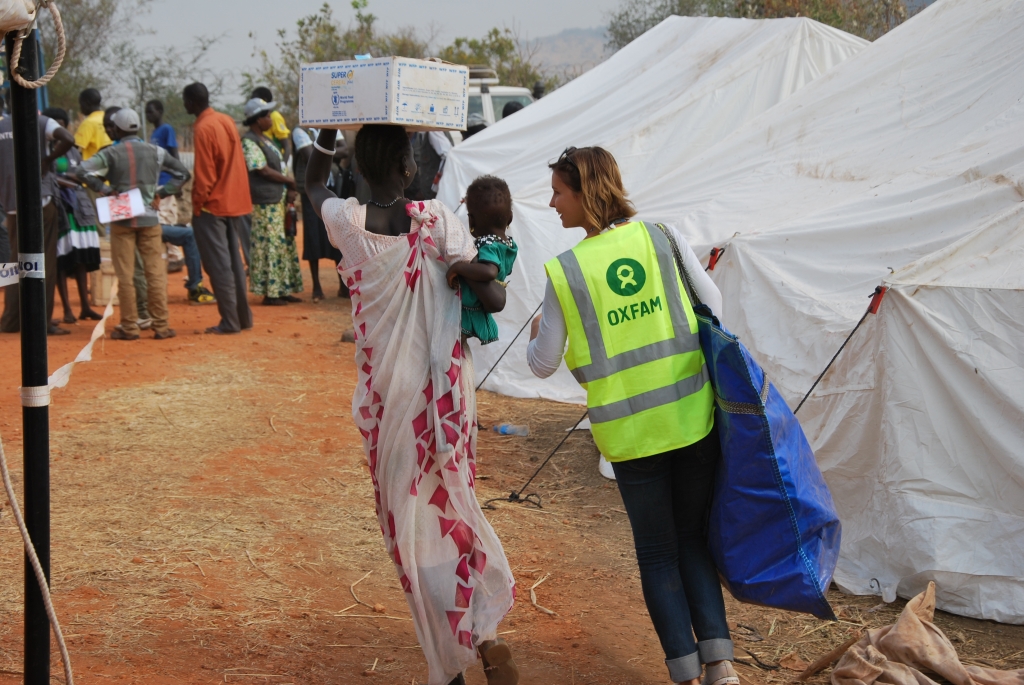 British-based NGO Oxfam—short for ‘The Oxford Office on Famine Relief’—has recently been plagued by a wave of allegations of sexual misconduct in developing countries by humanitarian aid workers. The most widely publicized of these incidents is the alleged use of prostitutes by several Oxfam workers, including the director of the program, while operating in Haiti to provide aid following the 2010 earthquake. These allegations have only just come under public scrutiny as the U.K.’s Charity Commission recently launched an inquiry into Oxfam amid reports that it may have not followed the proper protocol for addressing all details of the allegations (The Guardian). The initial report of the incident in Haiti, first filed to Oxfam in 2011, was just released to the public early last week.

Oxfam was founded in Oxford, England in 1942 with the intention to alleviate famine and poverty in Europe that had occurred as a result of conflict during World War II. In 1995, the organization expanded its mission to encompass these issues throughout the world, and it has since developed a more extensive list of objectives. Oxfam International now operates in over 90 countries, working to alleviate poverty and underdevelopment in countries struck by disaster and conflict (Oxfam International).

Oxfam staff members were deployed to Haiti as a response to the magnitude 7.0 earthquake that devastated the country in January 2010, killing between 200,000 and 300,000 people and displacing hundreds of thousands more (CNN). Over a year after the disaster, reports were filed that several staff members had used prostitutes using Oxfam funds, implicating a number of senior aid workers, including the in-country program director Roland van Hauwermeiren. As a result of the pending investigation into these reports, four unnamed staff were dismissed and another three resigned, including van Hauwermeiren. The charity’s deputy chief executive, Penny Lawrence, has also stepped down from her position, claiming to be “desperately sorry” (The Guardian).

The 10-page report into the investigation, only recently made available to the public, describes the alleged crimes, including the use of Haitian prostitutes by Oxfam workers, and the use of an Oxfam-funded villa to be turned into a brothel used for ‘sex parties’ during their time there (CBC News). The report also includes the details of the investigative process, which included interviews with about 40 witnesses—at least one of whom was allegedly threatened by one of the Oxfam perpetrators not to participate in the investigation.

A former senior Oxfam official claims to have warned management repeatedly of a ‘culture of sexual abuse’ in the organization’s offices around the world, asking for more resources to help address the issue. A senior official in the organization said in an interview that she had received allegations that workers on the ground would coerce women into having sex in exchange for aid and intimidate victims into silence (The Guardian).

And while the allegations against these men are disturbing enough, further investigation has also come to show that the same crimes have been reported in other countries without proper disciplinary action. Abuse in this form by groups of humanitarian workers appears to be alarmingly common—and especially so when these groups are led by the same director, van Hauwermeiren. He and his team were also reported for similar forms of sexual misconduct while working in Chad prior to the humanitarian response in Haiti.

As if this were not enough, it has also come to light that van Hauwermeiren agreed to resign from his position at Merlin, another charitable NGO, in 2004 amid an investigation into allegations that he and his fellow aid workers had hosted sex parties with local women (The Guardian)—it was after this incident that he was hired to a senior position by Oxfam.

Following van Hauwermeiren’s resignation from Merlin and his reassignment from Chad to Haiti, these reports of sexual misconduct were not investigated or disciplined further. He has publicly denied all allegations against him.

Since these allegations arose earlier this month, reports of similar situations implicating workers of Oxfam—along with other nonprofit humanitarian organizations around the world—have begun to shed light on the previously unknown pandemic of sexual misconduct by aid workers. Since news of the scandal broke, Oxfam has received 26 new claims of sexual misconduct by its staff, at least 16 of which pertained to the charity’s international humanitarian work (Al Jazeera).

Understandably, since news of these allegations—and of the impunity that appears to systemically follow—came to light, people around the world have expressed their anger and disappointment with the organization. Hundreds of individual donors have pulled their investment from Oxfam in recent weeks, and the organization is also at risk of losing funding from the EU and the British Government—which together comprise an estimated 43% of the charity’s income (Al Jazeera).

The nonprofit has publicly apologized to the Haitian government and people for the actions of its staff, and has stated its hopes to re-establish trust and partnership in the country following the scandal (The Guardian). This apology and release of the report last week came soon after threats by Haitian minister of planning and external cooperation Aviol Fleurant to revoke Oxfam’s right to operate in the country in light of the alleged sexual misconduct.

Individuals within the organization have spoken up to publicly apologize to the Haitian people and to condemn the actions of the disgraced aid workers. Winnie Byanyima, executive director of Oxfam International, referred to these actions a “betrayal”, and an “abuse of trust” in an interview (CBC News). She took full responsibility for the scandal on behalf of the organization and claimed that the issue boiled down to a ‘porous system’ that allowed these men into positions of power which they then abused.

These allegations are serious, and donors and recipients alike are rightfully angry and disgusted by this news. Oxfam has been chastised by people and organizations around the world, and is likely to lose significant funding, credibility, and freedom to work in certain countries as a result.

However, there does appear to be hope in sight for this scandal. Although Oxfam’s reputation is undeniably damaged, these allegations are forcing to the forefront the truth of the disturbing normalcy of sexual misconduct and exploitation by aid workers of the people in the vulnerable countries in which they operate. With these trends made public, more witnesses and victims are coming forward—and with Oxfam in the spotlight, the perpetrators will hopefully be finally held accountable.