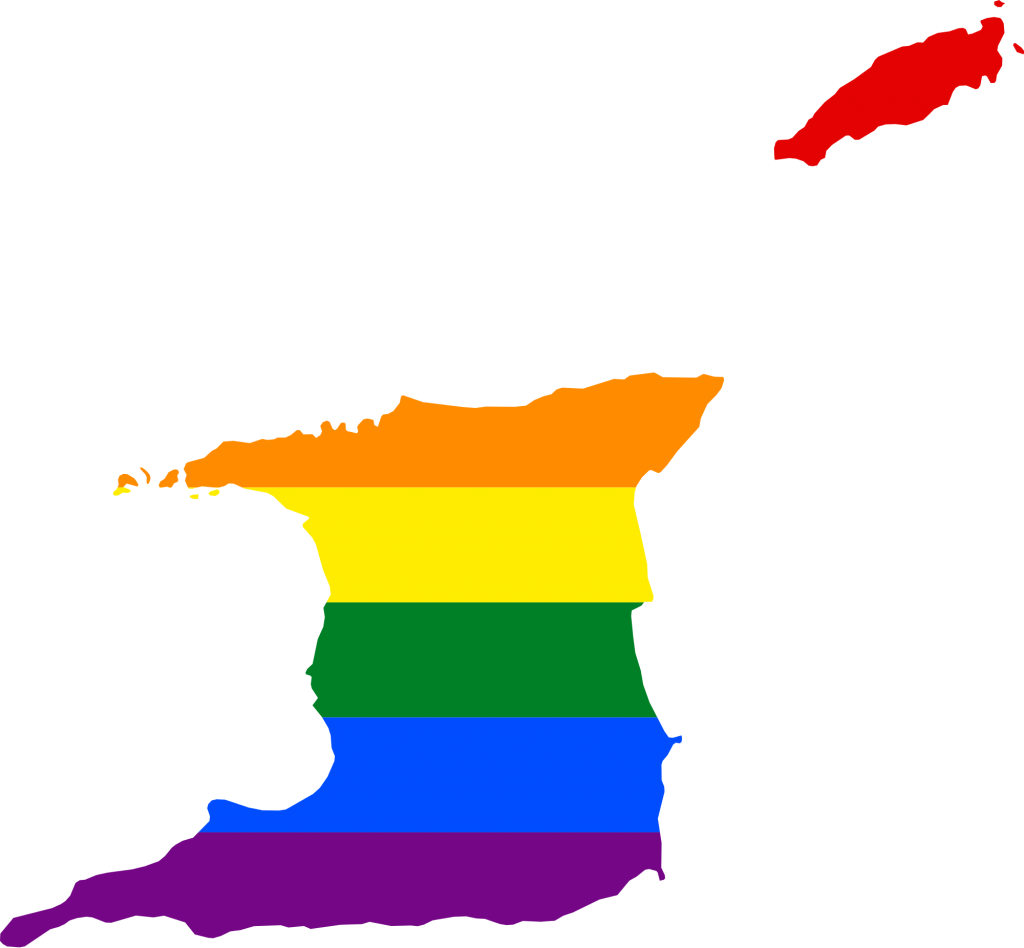 Jason Jones, a queer LGBTQI+ activist from Trinidad and Tobago gathered a legal team to fight against the sections of the Sexual Offenses Act (13 and 16) that deemed same-sex illegal. The months and days leading up to April 12 consisted of Jason Jones and his legal team making a case again this “buggery” law. Jason Jones, sued his country on the basis that these laws “violate the right to privacy, family life, equality before the law and freedom of expression” (Jones, 2018). The Judge of the case, High Court Judge Devindra Rampersad, ruled that the sections of the Sexual Offenses Act (criminalized sexual relations of same-sex adults) were outdated, discriminatory, and most importantly: unconstitutional. Rampersad said that “The court must and will uphold the Constitution to recognize the dignity of even one citizen whose rights and freedoms have been invalidly taken way” (Metzger, 2018). Judge Rampersad describes the importance of recognizing the human dignity of each member of the country. Specifically, he recognized that the fatal flaw of society is once one quality is reinforced as superior the others.

As a member of the LGBT community, Jason Jones wrote an article about his journey leading up to April 12. He had many powerful moments to share about his experience of before, during, and after the ruling. One of the most power moments he wrote about was immediately after the ruling. Jones found himself “outside the Hall of Justice wrapped in a rainbow flag.” The symbolism of this for him was that he “had finally been clothed in dignity” (Jones, 2018).

Although Trinidad and Tobago have decriminalized same-sex activity, they still criminalize the other aspects of life that same-sex couples desire. Specifically, the following are not recognized/are illegal: same-sex unions, same-sex marriage, adoption by same-sex couple, and being allowed to serve openly in the military if LGBT. Also, the following laws do not exist in Trinidad and Tobago: anti-discrimination laws for sexual orientation and laws supporting gender identity/expression.

Despite being several steps away from complete equal rights, Trinidad and Tobago have taken the first fundamental step towards equality.  Other nations of the Caribbean who are under the British Commonwealth, wish they could say the same. Antigua and Barbuda, Barbados, Dominica, Jamaica, Saint Kitts and Nevis, Saint Lucia, and Saint Vincent and the Grenadines all criminalize same-sex activity for persons of the LGBT community. However, in countries like Grenada, Jamaica, Saint Kitts and Nevis, and Saint Lucia only same-sex males face a punishment with sexual activity. This portrays a certain cultural sentiment of the male role that is present in these countries. This law shows that men are assigned certain roles within the society, which assembles the social category deemed as “men’s work.” Thus, the criminalization of same-sex men demonstrates the idea that GBT men do not fall within society’s idea of the role of the man (Paradise Lost).

Many of these islands consist of small populations that have close knit communities. Thus, it is rare that a LGBT person would come out of the closet with a fear that the whole island would become aware of their personal affairs. In these islands that still criminalize same-sex activities, coming out often results in violence and extreme harassment from the community. Families have kicked their children out of their house. Gay men are beaten and stoned in the streets. Men and women are called “abominations,” “diseased,” and “nasty.” Men are usually targeted more even in the places that criminalize both men and women from having same-sex activity. In Antigua and Barbuda, an anonymous LGBT activist and police officer described how his fellow police officers talk about the LGBT community. He portrayed the rhetoric used as hateful and homophobic. For example, the police officers “say that [gays] should be locked up, that they’re nasty, that they don’t know how a man could kiss a man” (Paradise Lost). This hateful rhetoric is common. Homophobic statements are the norm. People in positions of power encourage this type of speech. People stay in the closet because their true self is not welcome in their society.

Even after the ruling in Trinidad and Tobago this past April, there were numerous cases of backlash towards the LGBT community. On the day of the ruling, Cherisse Lauren Berkeley, an LGBT activist, was targeted outside of her home and was attacked. It did not end there. Berkeley received many online threats and cyberbullying from the public. People were given eviction notices, kicked out by their families, and isolated from the community after a ruling that was supposed to generate more equality for them. However, inclusive organizations acted and began strategizing ways to help those who are experiencing isolation and displacement. For example, the Coalition Advocating for Sexual Inclusion in Trinidad and Tobago created a site where people that were displaced can connect with landlords and other housing providers who welcome  LGBT persons (Espinet, 2018). Nevertheless, although Trinidad and Tobago have decriminalized same-sex relations, many people in the community remain hateful towards these groups. This is due to the extensive anti-LGBT legacy that has persisted in the Caribbean.

After the court decision by Trinidad and Tobago, the British Prime Minister, Theresa May, was influenced to comment on the anti-gay legacy left behind. This legacy continues as a strong presence in the Commonwealth nations worldwide—not just in the Caribbean. Theresa May acknowledged the responsibility of her country in these affairs. Likewise, she expressed concern and urged nations to change any existing anti-gay laws that persist from their colonial rule. Finally, Theresa May stated that “As the United Kingdom’s prime minister, I deeply regret both the fact that such laws were introduced and the legacy of discrimination, violence and death that persists today” (Han, 2018). This statement was described as “positive and welcome,” but again the Commonwealth nations are far from having a complete legalization of same-sex relations. The Prime Minister did express how she acknowledges this and is willing to back any Commonwealth country that desires to reform this outdated legislation. She specifically states that “As a family of nations we must respect one another’s cultures and traditions. But we must do so…with our common value of equality” (Crerar, 2018). Despite these progressive steps, these Commonwealth countries often lack the legislation support needed to update a law such as this. The ideals that this law represents have been rooted in society for decades. Thus, intervention from Britain may be the step some countries need in order to move forward towards equality.

The ruling in favor of LGBT activists in Trinidad and Tobago was a huge step for nations under the Commonwealth and in the Caribbean. The legalization of same-sex activity brought the anti-gay legacy back into the foreground of worldly conversation. Though the punishments of this law are rarely enforced to their full potential in many countries—hateful rhetoric and violence towards the LGBT community is encouraged by the ideals these laws represent. Thus, LGBT people need more protection from discrimination. This court case helped to present this problem, which is noteworthy due to their tendency to be forgotten on the global scale. In the months and years to come Britain may need to intervene if they want to see their anti-gay legacy eliminated from the Commonwealth.