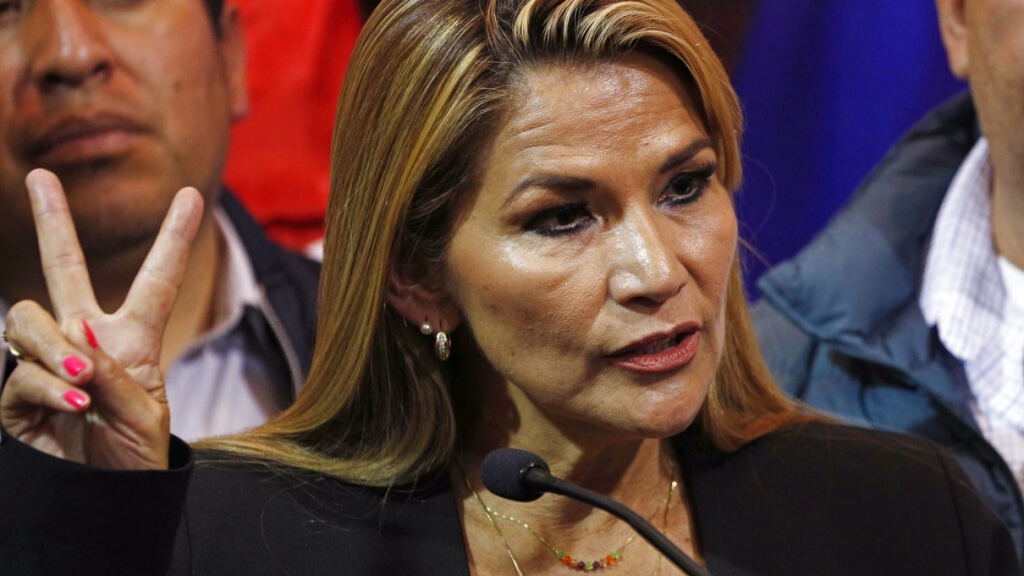 This past Tuesday, November 12th, 2019, right-wing Senator Jeanine Áñez declared herself interim president of Bolivia amid a deepening political crisis that has brought the South American country to a standstill since the contested presidential election on October 20th.

After a much disputed election, President Evo Morales, who came to power in 2006 amid a wave of leftist governments in Latin America, resigned amid nationwide protests calling for his resignation on Sunday, November 10th. Evo Morales,  vice president Alvaro Garcia Linera, and senior legislative leaders from Morales’s party Movement Towards Socialism (MAS) stepped down after the military said it would no longer stand with Evo and after receiving threats of violence.

Morales, the first indigenous president of the South American country with a majority indigenous population, led the country through an era of unprecedented economic growth, shrinking inequality, and a sharp decrease in poverty.  Social services and infrastructure have increased and systematic racism that once excluded Bolivia’s majority indigenous population has strikingly diminished. Women now hold almost half the seats in Congress, and Indigenous peoples are now holding political office at rates never before seen in Bolivia. After centuries of political and economic power being held by the elites of European descent, many saw Morales as the first leader truly representative of the country.

However, his fourteen years in the presidency have been marred by recent calls of election fraud and irregularities in this last election, as well as general corruption and consolidation of power in his last two terms. Morales’s increasing grip on Bolivia became apparent in 2016, when voters rejected a proposal by Morales that would do away with the two-term presidential limit established in the 2009 Constitution. Morales appealed to the Constitutional Court, where he had many allies. The Court found that denying Morales of the opportunity to seek re-election  would be a violation of his human rights.

During this past presidential election in October, Morales ran against former President Carlos Mesa, who had been forced out of office in 2005 by widespread and violent protests after taking over for ex-president Sanchez de Lozada, who was recently found guilty of civilian deaths during the 2003 Gas Wars.  To win his fourth term in office, Morales needed a 10 percent lead over Mesa, or else the vote would go to a second round in December. Even before the election on Sunday, October 20th, Mesa’s alliance, Citizen’s Community, predicted voter fraud. As Bret Gustafson, associate professor of anthropology at Washington University explains, “the civil disobedience that accompanied the election was a chronicle foretold, as the opposition planned to react in the event of any Morales claim to victory, fraudulent or not.”

On the day of the election, votes showed that Morales was leading by a slim margin, enough to prompt a second round in December. Later that night the vote count was suddenly suspended by Bolivia’s Supreme Electoral Tribunal. When votes began to come in again, Morales had won 47.08 percent of the vote, and Mesa 36.51, giving Morales a clear victory.

However, the sudden pause in votes caused an outrage among sectors of the population, and the OAS tweeted its concern for the inconsistency in the vote count. The lack of explanation on the part of the Supreme Electoral Tribunal as to why the vote count had been paused fueled the public’s distrust of the outcome. This past Sunday, the OAS issued a preliminary report that found irregularities in the vote and said it should be annulled. In response to the OAS report, Morales called for a new election, but demonstrators and opposition leaders, including Luis Fernando Camacho of the ultra-right organization Union of Cruceno Youth, continued to call for Morales to step down.

As key allies abandoned Morales, protests throughout the country grew in numbers. On Friday, various police units announced they would break from the government. Although this was a blow, Morales was able to maintain power until the commander of the Bolivian armed forces said that the chief military officers believe Morales should, “step down to restore peace and stability and for the good of our Bolivia” (NYT). After their announcement, Morales and Garcia left the political capital, La Paz, for Chimore, a stronghold of support for MAS. As Jeanine Áñez, the senate vice-president, declared herself president, Morales and party leaders sought asylum in Mexico, calling the takeover a coup.

Jeanine Áñez’s new role as interim president  has evoked criticism from many on the grounds that the proper approval from Congress was not granted, as there was a boycott of MAS lawmakers during the legislative session on Tuesday.  However, the US secretary of state, Mike Pompeo, congratulated Áñez on her leadership during Bolivia’s “democratic transition.” Áñez pledges to hold an election within the three-month time limit as outlined by law.

The interim president is a long time opponent of MAS and strikes a contrast to Morales’ policies of social inclusion and recognition of the long-excluded indigenous population.  Áñez arrived to the presidential palace Tuesday evening with a Bible in her hand, declaring that “The Bible returns to the (presidential) palace.” Given her quick ascension to power in a majority indigenous country, many have taken a closer look at Añez’s now-deleted  anti-indigenous and racist remarks on her social media account, which called calling the indigenous Aymara new year’s celebration “satanic” and, in another tweet, called into question whether a group of indigenous people were authentic because they were wearing shoes.

Many protestors and the opposition to Morales compare Bolivia to Venezuela and Cuba, decrying socialism as the mechanism that has plunged Venezuela into economic chaos and left both Cuba and Venezuela with authoritarian leaders. Áñez will most certainly steer Bolivia away from socialism, as demonstrated in one of her first acts Wednesday recognizing Juan Guiadó as the legitimate president of Venezuela. She also finds support within the Trump administration, which released a press statement on November 11th, declaring that,  “these events send a strong signal to the illegitimate regimes in Venezuela and Nicaragua that democracy and the will of the people will always prevail. We are now one step closer to a completely democratic, prosperous, and free Western Hemisphere.”

Meanwhile in neighboring Chile, whose constitution is that same that was established under dictator Augusto Pinochet,  weeks of massive protests against rising social and economic inequalities have resulted in 19 civilian deaths at the hands of government forces. The White House has not condemned the government’s actions.