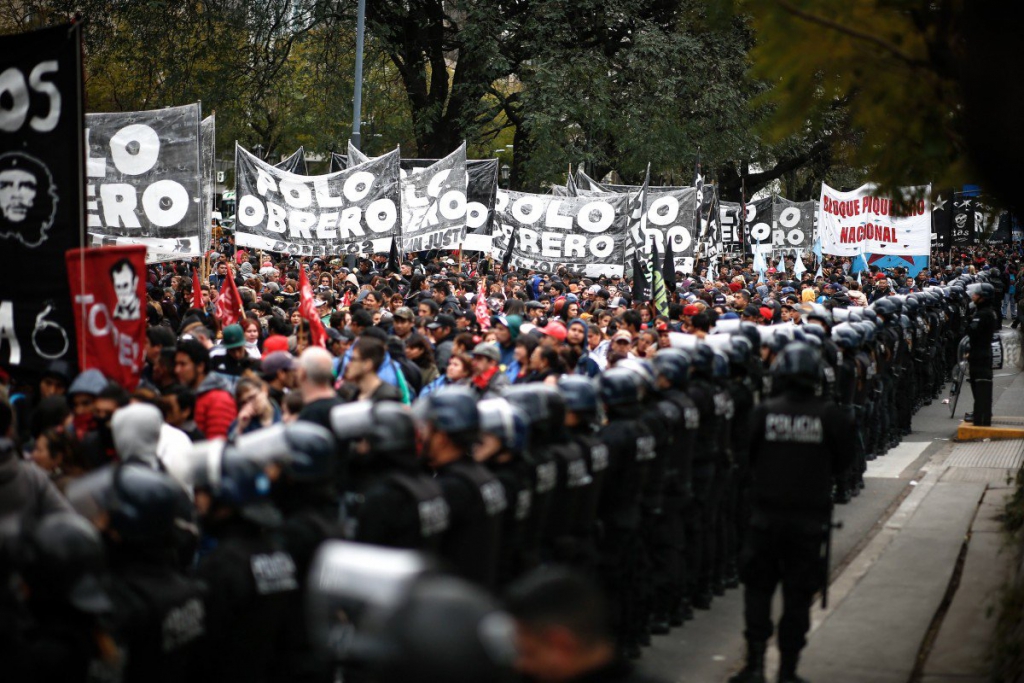 Since 2018, Argentina has been suffering one of the most devastating economic recessions in the world. Inflation has risen to 54%, causing the peso to lose over half its value, unemployment throughout the country has skyrocketed to 10%, and it is estimated that a whopping 32% of citizens are living below the poverty line. This rapid deterioration of the Argentine economy has made it increasingly more difficult for families to keep food on the table. The UN’s Food and Agriculture Organization has provided evidence that Argentina is among one of the Latin American countries with the highest increase in widespread hunger in 2018. From Wednesday, September 11th to Thursday, September 12th thousands of protestors camped out at the nation’s congress building in Buenos Aires to demand the government to take action and provide aid for those suffering from the current food crisis.

Protesters’ demands included the allocation of more funds to welfare programs, soup kitchens, and schools. On Thursday, the lower chamber reconvened to pass an emergency food plan that addresses these demands. The bill was passed unanimously, and is currently waiting to be approved by the Senate. If the emergency food plan is approved, funds allocated towards food assistance programs would increase by 50 percent. Co-author of the plan Daniel Arroyo discussed the current crisis with the lower house Chamber of Deputies. He says, “We are facing a problem of hunger, malnutrition and a sharp drop in income,” just to highlight some of the devastating effects of the economic crisis over the past year.

However, some members of the current administration are not quite convinced that these major changes are necessary. Al Jazeera reports that Argentine Congressman Jorge Ricardo Enriquez stated "We have lifted taxes from basic food items, increased minimum wage, increased cash handouts and lots of other things to help those who need it. I don't understand why people continue to protest because we are giving them what they need." While it is true that actions such as lowering taxes and increasing minimum wage have been enacted over the past year, protesters argue that it is simply not enough.

While in the midst of his campaign for re-election, president Mauricio Macri has suggested that these protests have been not organized by desperate citizens, but by corrupt government officials. He claims his opponents have organized the demonstrations to create the appearance that he is unfit to run the country. The economic crisis occurring during Macri’s presidency has dramatically affected his chances of reelection, as shown by the results of the August 11th primary elections. Macri was defeated by leftist Alberto Fernandez and his running mate Cristina Kirchner in the polls. However, the future president of Argentina will not be determined until the general elections in October 2019. Hopefully whoever takes office will be able to effectively resolve concerns of Argentines living in poverty throughout the country and bring back the stability the Argentine economy has experienced in the past.