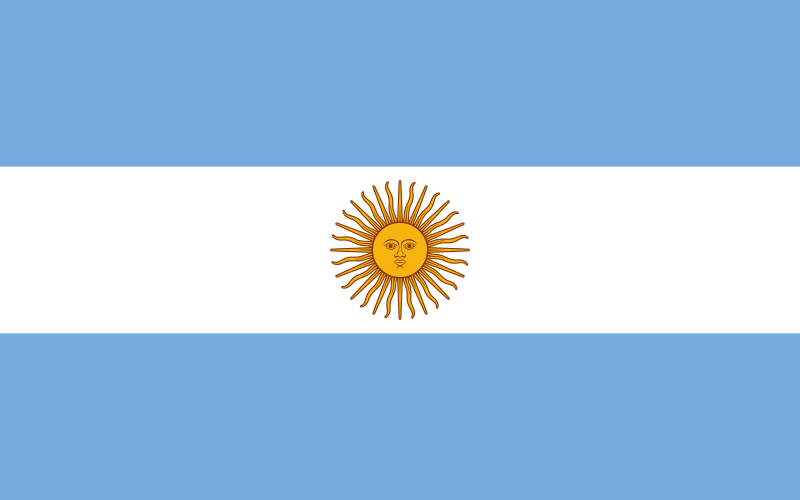 Argentina was struck with two blows of overwhelmingly bad news on Monday when the US Supreme Court refused to hear Republic of Argentina v. NML Capital, Ltd., then ruled against the South American country, allowing US hedge funds to subpoena Argentinean banks for the locations of public assets worldwide. In 2012, a lower federal court presided over by US Judge Thomas Griesa decided Argentina must pay back its debts in full to several “holdout” hedge funds by the bond service deadline on June 30th. The amount due, if paid, will surpass USD $15 billion.1

In 2001, Argentina defaulted on nearly USD$100 billion in bonds, which at the time was the largest sovereign default in history. With this default, Argentina was able to continue to spend and emerge from its recession. In 2005 and again in 2010, Argentina negotiated restructuring agreements with many US bondholders, beginning to pay back its debts at discounted rates, some as low as 25 cents on the dollar.2 These agreements allowed for bond holders to make profits on their investments, permitted Argentina to begin working to pay off its debts and therefore improve its standing in international capital markets.3 However, some 8 percent of bondholders rejected the restructuring agreements, choosing to “holdout” and wait for a return of 100 cents on the dollar. Until now, Argentina has been steadily repaying their restructured loans, but ignoring the holdouts.4

Elliott Management of NML Capital Ltd, one of the holdouts, filed claims against Argentina in 2003.5 The 2012 federal court decision made by Judge Griesa of New York was upheld in appellate court, then requested for Supreme Court review by the defendant nation. The Supreme Court refused to hear the case, enabling the lower court’s decision to stand. Under the decision Argentina must pay back 100 cents on the dollar to the holdout bondholders in conjunction with an equal treatment clause, requiring that Argentina pay back both the restructured bonds and holdouts.1

This newly enforceable mandate could not come at a worse time for Argentina. Since the 2001 default the United States has been hesitant to permit Argentina access to international capital markets. The economy has been stagnant, growing a mere 1.4% last quarter, while inflation is rising and reserves are falling.1 Argentina devalued its currency in January, as well. Its stock market dropped 10% on Monday following the Supreme Court’s release, but is slowly making gains, recording only a 4% fall on Wednesday of this week.4 This recovery could demonstrate a popular confidence that Argentina will not default,  while on the other hand, yields on Argentinean bonds continue to spike.

Unfortunately, Argentina has few options at hand. The demanded $15 billion is more than half of what Argentina has in its reserves, making payment at the current criteria almost impossible.3 Thus an obvious option, as President Cristina Fernandez de Kirchner has stated repeatedly, is that they can refuse to pay and default yet again. Another default would be extremely costly, endangering the likelihood of international investment or loans in the near future. Denying repayment would also anger those who did restructure back in 2005 and 2010 because they too would be denied their shares due on June 30th.6 However, defaulting in 2001 permitted Kirchner to clean up the wreckage and start over, rebuilding the economy. Nevertheless, a default a decade isn’t a cycle Kirchner should want to repeat.

Another option, the most probable, is a new agreement between the holdouts and the Argentine government. Lawyers representing the country claim such negotiations will take place in the next week or so, serving as the first meetings ever between the two bodies. Deciding Judge Griesa claims this was his intent, to force cooperation, not to propel Argentina to another default.7 Predicted proposals include a hybrid sum of cash and bonds for repayment, lowering interest rates and lengthening the payback period.1 Anna Gelpern, Georgetown Law professor and Peterson Institute for International Economics fellow, is skeptical this process will give Argentina a good deal. “The only sensible thing to do is to settle, the problem is settling with everybody. The minute Argentina settles with NML, everyone else [restructured bondholders] is going to come to them and ask for what they gave NML, plus 50 cents.”3 Argentine economic minister Axel Kicillof has also mentioned the idea of swapping internationally owned debts for locally owned ones, preventing another default and putting Argentine debt under Argentine law.1 This would skirt the now-binding court decision but would leave bondholders with only an estimated 85 cents on the dollar.7 Another proposed but unlikely solution would be to introduce a third-party intermediary, such as Gramercy Funds Management, to stand between Argentina, the holdouts and the restructured bondholders to appropriately cut the value of various bonds and find a just settlement.3 It is unlikely all parties involved will agree to such an arrangement let alone leave the negotiations satisfied. Clearly the settlement of this decade old debt is as much a political matter as a financial one.

Throughout the legal process President Kirchner’s statements have wavered from a promise to “never pay holdouts” to hinting “negotiations could occur.”3 Both options leave Argentina at the mercy of international financial markets, but concern for sovereignty has left the President hesitant to give in to these “vulture investors.” Kirchner has called their demands “extortion,” presenting her with even more economic distress.6 Argentine economists and financial ministers will meet with the holdout hedge fund managers to discuss possible arrangements for repayment next week, but there is always a chance June 30th will come and Argentina will refuse to cough up a single peso.

3) Blitzer, Jonathan. “Could Argentina Default On Its Debt?” The New Yorker. Available athttp://www.newyorker.com/online/blogs/currency/2014/06/could-argentina-default-on-its-debt.html

5) Yglesias, Matthew. “How the US Supreme Court Brought Argentina to the bRink of Financial Crisis.” Vox. Available at http://www.vox.com/2014/6/17/5817232/how-the-us-supreme-court-brought-argentina-to-the-brink-of-financial