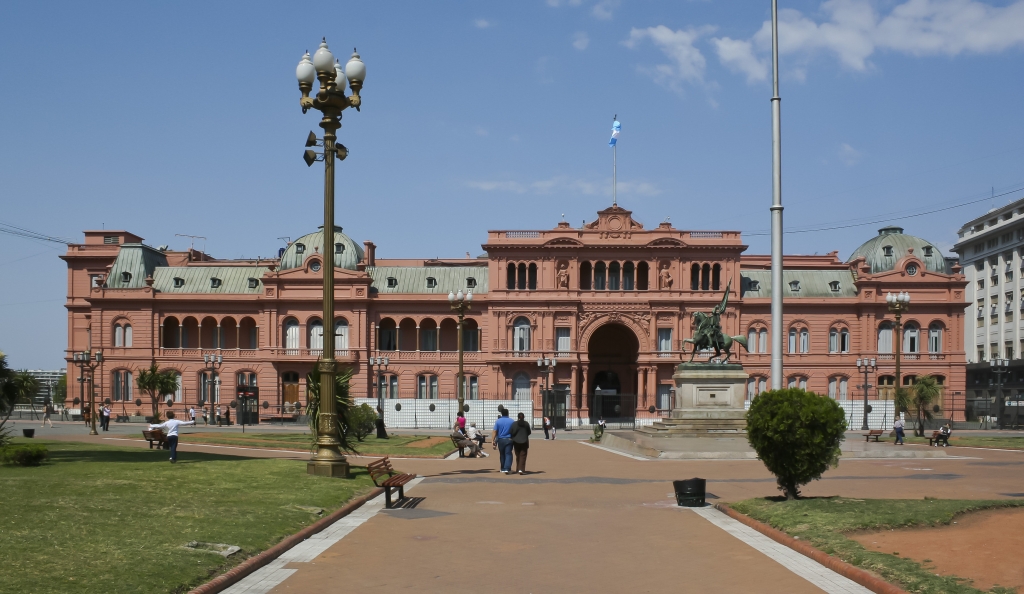 In Argentina voting is obligatory for all citizens between the ages of 18 and 69. The Argentine voting process requires that the first-place candidate win more than 45 percent of the valid vote or win at least 40 percent of the valid vote and finish more than 10 percent ahead of the second-place candidate. If neither of these outcomes is reached on October 25, a runoff election between the top two candidates from the first round will be held on November 22. On December 10, 2015 the winning candidate of either the presidential election or the possible second round election will be sworn in for a four-year term.4

Primaries are the most trusted way to gauge public opinion because independent public surveys have been neither consistent nor unbiased in the past. The August 9th primaries informed the public that Daniel Scioli, candidate for Front for Victory (FPV), is leading with 38.4%, followed by Mauricio Macri, candidate for We Can Change (PRO), with 30.1%, both of whom are leading Sergio Massa who is running for A New Alternative (FR) with 14.2%. Of the 12 other candidates, no one finished with more than 6.4%.5 The different political candidates agree on one thing - changes to trade controls and a boost the stagnating economy are necessary. But how they want to achieve these similar goals, varies greatly.

Scioli, the current governor of the province of Buenos Aires and a member of the same party as Kirchner, is facing the challenge to get the faithful votes of Kirchner while shifting a few policies to swing voters who are unhappy to the current situation of the state. Scioli’s campaign calls for gradual changes, while Macri demands fast change. Macri’s political policies have been categorized as aligning with those of neoliberalism due to his emphasize on private businesses. Massa is occupying an intermediate position between the two other leaders calling for more change than Scioli, without a return to neoliberalism.6

The presidential candidates running against the ruling coalition joined together to give a press conference about concerns with the current voting system. At the August 26, 2015 press conference, the candidates called for transparency in future elections. Recent events in Tucuman, Argentina have revealed potential for fraud and inconsistency in the country’s voting system, which is not electronically based. The MSA group, who provided the electronic ballots for the only two electronic elections in Argentine history said that it is not possible to implement the system in time for the October 25 elections.7 Questions about transparency in the voting system are sure to present themselves as the election results unfold. But the current focus of the election will shift in preparation for the first presidential debate in Argentina. On October 4th eyes will be glued to the television as the presidential candidates debate their views on education and childhood, quality of institutions, economic development, and security and human rights.8