Al Jazeera's "Endgame": Is An End In Sight? 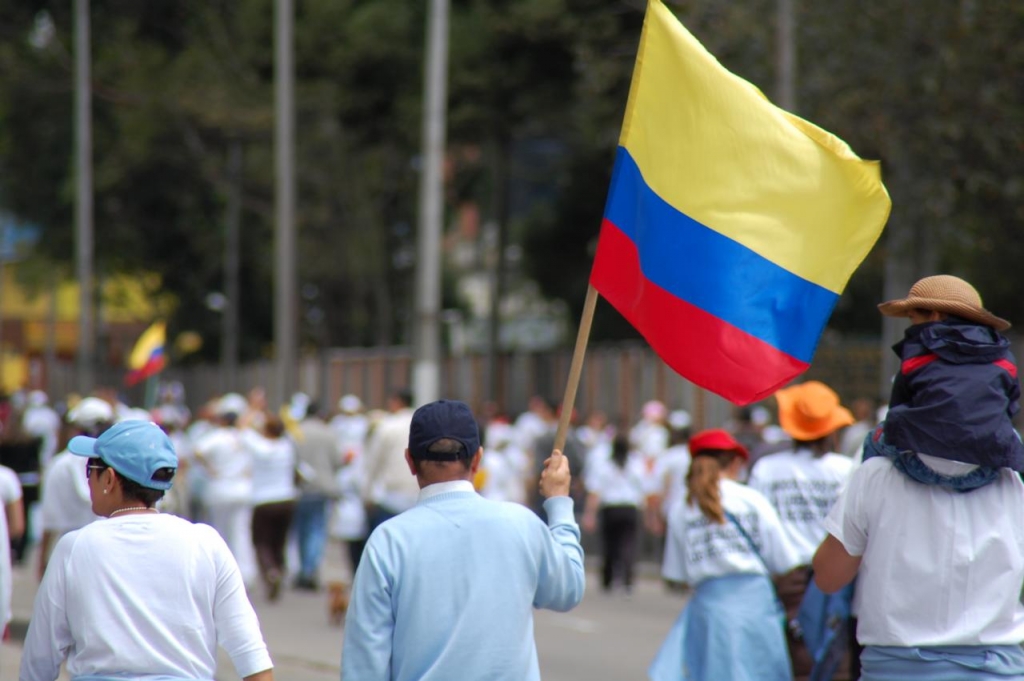 Rodrigo Vasquez–a self-described producer, film director, creative director, designer, cameraman and journalist from Buenos Aires, Argentina–has traveled to dozens of countries around the world where he has reported on issues of social, political and economic injustice. For an installment in Al Jazeera’s news program People & Power, Vasquez took his camera into the jungles of Colombia to investigate the state of the hemisphere’s longest lasting guerrilla war. In his documentary film The Endgame, Vasquez pulls back the curtain covering the lives of FARC (Revolutionary Armed Forces of Colombia/Fuerzas Armadas Revolucionarias de Colombia) and ELN (Ejército de Liberación Nacional/National Liberation Army) leaders and fighters, and reveals the Colombian government’s place in its 50-year conflict against armed guerrillas.

With access to many faces of the multi-faceted conflict, Vasquez presents the conflict as one engulfed in historical struggle and threaded with human rights violations inflicted by both the government and the guerrillas. Only the factions with power can resolve the conflict; but, as Vasquez slowly reveals in the film, the issue then becomes how to resolve the conflict when neither the government nor the guerrillas are innocent.

The film begins in summer (June, July) of 2014. The year marked the 50th anniversary of the guerrilla armies’ fight against the Colombian government. Vasquez talks with urban guerrilla fighters in the street under a nighttime sky. A chicken squawks in the background. One of the guerrilla fighters–in his hand an assault rifle, on his face a handkerchief–says, “Everything goes in this war, even the killing of children.”

Vasquez then puts the conflict in historical context using historical video clips that show the chaos after the assassination of populist leader Gaitan and the start of a decade long civil war called La violencia. In 1964, after the end La violencia, the peasant revolutionary groups FARC and ELN formed with the hopes of fighting for the peasant populations against the government. At the time, the political arena was limited to only the Conservative and Liberal elites, eliminating the political power of more radical thinkers, such as those in FARC and the ELN. As the government supported privatization of markets and the industrialization of agriculture, much of the peasant population lost their land to businessmen and large-scale farms, leaving them to join the working poor in urban areas. In response, FARC and the ELN formed–made up mostly of radical peasants who support a Marxist platform that would protect el pueblo. It is this same fight that continues to this day.

As Vasquez says in the film’s opening, this 50-year conflict has displaced 5 million peasants, disappeared 45,000, and killed more than 500,000 people. However, through Vasquez’s juxtaposition of interviews from many angles, he implies that no one party or side is to blame; he puts the government, the military, FARC and the ELN side-by-side, suggesting that guilt for these crimes exists on multiple fronts, and without a public and mutual admission of guilt from each party, peace and social justice remain elusive hopes of the Colombian people.

Vasquez frames most of the film with the peace talks between FARC representatives and the Colombian government, using the talks as a jumping off point to explore different facets of the conflict and interject the personal experiences of various participants and victims. Sergio Jaramillo and Rodrigo Granda are two such representatives whose interviews Vasquez intertwines.

Sergio Jaramillo represents the Colombian government as the Commissioner for High Peace in the peace talks between the government and FARC in Havana, Cuba. Jaramillo, a Colombian by birth, obtained his undergraduate and graduate degrees from English-speaking institutions. He spoke English in all of his interviews for the documentary. Rodrigo Granda, a Colombian-Venezuelan, represents FARC as their international spokesperson.

Granda says, “They [the government] didn’t come to Havana to have a dialogue. It’s clear, the guerrilla was just invited to sign a surrender.”

The film cuts to an interview with Jaramillo, who in one sentence summarizes the difficulty of the peace talks: “We disagreed with the FARC on most things, but what we disagreed most about is what would negotiation be about.”

Later on in the film, Vasquez introduces us to FARC defectors who must live with military protection to protect them from their former comrades. Elsa Neyis Mosquera, who once led FARC’s 5th Front, talked about her responsibility for over 1,335 forced displacements and disappearances while creating a water-color painting of flowers. As the screen focuses on two pink flowers, Elsa says, “Most of the disappearances that I am directly responsible for were of people executed by the guerrillas.” Birds chirp in the background as Elsa paints a leaf. “I always repented of what I did,” she says.

Vasquez provides viewers with a variety of viewpoints and humanizes the conflict by contextualizing it through the experiences of many different individuals somehow involved in the conflict.

However, there is some room to improve. Vasquez does not touch upon all of the elements of the peace negotiations that have taken place in Havana in his coverage of the conflict. After the negotiations were made public in 2012, representatives of the Colombian government (such as Jaramillo) and representatives from FARC have reconciled and agreed upon three items on the table: the agrarian issue, political participation, and drug trafficking. Vasquez focuses mostly on the undecided issue of the human rights violations for which neither side wants to claim responsibility. This is where the conflict now hinges.

What this documentary lacks in specificity of the politics involved it makes up for in its focus on human rights violations. By retelling the personal experiences of participants and victims, Vasquez successfully communicates the deep sense of conflict engulfing Colombia and the difficulty of reaching reconciliation.

At the film’s opening, a question arises: “Is the end in sight?” For a conflict that has lasted 50 years, and peace talks that have continued for five years, an answer remains elusive.